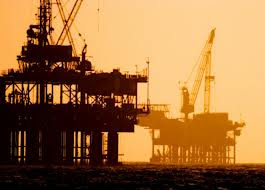 In our previous posting, "In Anwar or Reuters we trust?", one sceptical reader commented as below:


We trust ANwar. YOur propaganda made Anwar looks like superhero capable of doing so many thing. He is the agent of US, China, SIngapore or even Israel. Make him looks like a James Bond. Also you make Dr M like stupid fool or someone incapable of knowing what his subordinate action.

There are three issues raised by this Anwar sympathiser or someone captivated by Anwar's oral capability.


First issue is about Anwar's involvement with the Ladah Datu intrusion. Mind us for the speculative piece in "Anwar's last straw" but his intention for an Arab Spring-like Malaysia Spring is unmistakeable and fairly conclusive. The various reports are there in our previous posting "In Anwar or Reuters we trust?".

Secondly, it about Anwar's international links and acting as agents for the superpower. Allow us to correct the commentator. It is just with the US, in which the condition has to be in tandem with US policy with Israel.

No for Singapore. Despite being an ally of the British and providing services to the US Navy fleet, Singapore can be diplomatically described as a concerned neighbour and observer. Definitely, Anwar is not linked to China.

Thirdly, it is his comments on Tun Dr Mahathir.


The reader is not at fault for being dumb strucked by Anwar. Probably too young to be aware of the history behind.

In our youth, we too were mesmerised by Anwar as student leader at University of Malaya in the early 70s. On several occasions, we heard him speak on campus and after he got out of ISA.


But we woke up fast enough from hallucination.

His rhetorics were getting repetitious. He only speak of what is ideally needed by society and nation as taken by some textbook or academic paper but not sufficiently knowledgeable or clever to know how to get there. By the late 70s, we saw his true colours at a Malaysian student gathering in the US.

That's it with him. 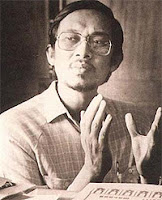 To show that we do not pluck information on Anwar from the sky, we have met, spoke and know quite a with few of his MCKK mates, UM mates and ABIM mates from the early days.

We met and socialised with Anwar's fellow student leader,  Dato Ibrahim Ali when he was leading ITM's student union. His sister and brother-in-law to be was our history and geography teacher, respectively during our days in the lower forms.

On matters of Anwar, it is not merely a propaganda but from a lifelong profiling and understanding of the man. Many personalities had only been recently  awaken.

None of Anwar's original comrades are still with him. Anwar is compromised and have deviated violently from his original struggle.

It is a struggle (perjuangan) worth fighting for to save the nation and future generation from the disaster to come by empowering this power crazy, orally talented but intellectually deficient man to the highest position in government.

To answer for the three issues, perhaps it is best to start with the third issue as the lowest hanging fruit. 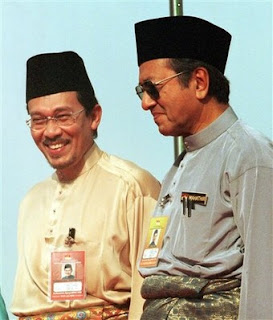 As understudy to the Prime Minister, Anwar was a trusted man of Prime Minister Dr Mahathir. He was tasked with many political assignments. One of which being Sabah.

The suspicion on Anwar's immoral activities only surfaced in 1994, the year PBS was ousted. The then Inspector General of Police, Tun Hanif Omar approached the Prime Minister with the information on Anwar's homosexual activities.

When his problems finally begin unbearable with the abuse of power by Anwar to use the Special Branch of Police to suppress the report made by Ummi Hafilda, Azizan and the late Dr Rustina together with the  expose by the late political Khalid Jefri in his book "50 Dalil: Kenapa Anwar tidak boleh jadi Perdana Menteri", Dr Mahathir had to step in.

Consequently, he was removed as Deputy Prime Minister in the midst of the financial crisis and the Commonwealth Games of 2000. 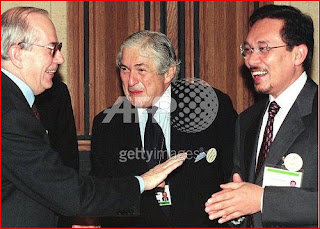 It was during the financial crisis that it was crystal clear that Anwar was acting in the best interest of his foreign power and was pursuing to bring Malaysia into the fold of IMF. That answers the second issue.

Back then, whatever initial sympathy we had for Anwar was over-rided by his self inflicting economic and financial policy on the country. Off course, more information, evidences and personal encounters convinced us to conclude that Anwar was a homosexual.


Perhaps, the commentator is too young or not following closely events and analysis from this side. There is voluminous and extensive work available. One highly recommended website to browse and understand all about Anwar is AIDC here.

Apart from Anwar's policy as Finance Minister during the financial crisis, he confirms his links with the US with the personal support he and his family gets from George Soros, Al Gore, Madeleine Albright, Jose Estrada, and Corazon Aquino.

Upon his release, Anwar taught at Georgetown Universities.

One must have some knowledge of American Universities to know what is the significance of univesities like Georgetown, Brandeis, Harvard, Chicago, etc and it's history and affiliations.

Subsequently, he revealed his association with State Department sponsored Foundation for the Futures, Institute of Foreign Relation, National Endowment on Democrasy, etc. See this fotopage here for sample of his list.

One must understand of Anwar's links with the Temple University in Philadelphia where most of his network within the government were schooled. Prof Ismail Faruqi taught there. One such person was Dato Dr Zambery Kadir, the current Perak Menteri Besar.

We understand because we frequented Philadephia where Dato Dr Awang Adek was doing his Economics doctorate at Wharton.

Anwar's contacts with the Middle East was via the CIA-linked and oil funded Wahabi organistion such as World Association of Muslim Youth (WAMY), International Islamic Institute of Thoughts (IIIT), etc. Read The "I" Files here.

His card with Israel was revealed when he openly criticised Israel in the attack on flotilla Rachel Corre and MV Marmara and he made an Apology Tour of the US to appease the Jewish power brokers. Off course, he was caught by his statement in the Wall Street Journal report on safeguarding the security of Israel. 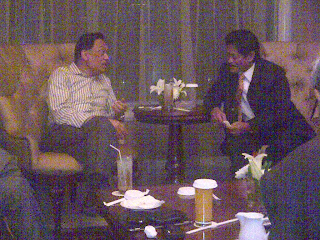 Despite the undisclosed sources in the Malaysian and Phillipines military establishment as reported by media, how can one be convinced that Anwar met Nur Misuari and subsequently, Nur Misuari and the Sulu Sultanate had their men entered Lahad Datu easily with Anwar's help?

For s start, one should read Raja Petra's publication, Malaysia Today of Wikileak here of a May 2007 communication from the American Embassy in Manilla which reaffirm Nur Misuari's strong relationship with Anwar.

One should read this blog here and it's posting entitled "Sabah: A Prize Catch."

The blog described described several coincidence to proof their point that it is not so much about Sulu Sultanate ancestral claims. There is no legitimate Sulu Sultanate in the first place and there are 60 claimants to the throne making ot a hoax. 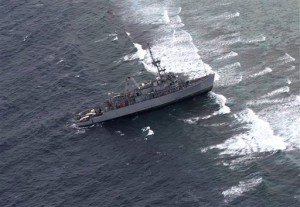 The blog talk of  a US ship intentionally ran aground in the Phillipines as a smokescreen, a Phillipines Senator pretending to be a back channel but is actually a double agent, and irrelevant Sulu Sultante seeking American help to claim back Sabah, and a recent Manilla trip by Tian Chua and Sivarasa. 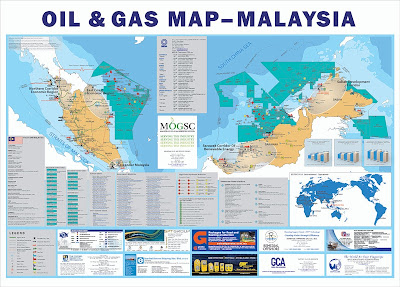 It brings us to now not so covert operations trying to institute regime change in Malaysia. to conlcude, the blog claimed that "the standoff in Sabah has all the trademarks of a cleverly orchestrated plan to topple the current administrators of Sabah with influence from world superpowers. The Sulu Sultanate claim is just a smokescreen."


Does it make sense why Anwar is campaigning for the impossible 20% oil royalty for Sabah? Read back our posting here because it could only be feasible with Petronas out of the picture and replaced by a foreign oil company.

This is the missing link that fits into the scheme of things in an article published by AIDC here on October 18, 2012. So it is about oil and Anwar is working to betray the country for American interest
at 2/26/2013 03:30:00 PM

I recognise here a modus operandi characteristic of US imperialism's geostrategic interests in other parts of the world.

If they can put a puppet "Sultan of Sulu" in charge of an independent Sabah, they will have him so beholden to them that they can rape its resources, especially its oil.

It's like with Kosovo where US and western imperialism back the Muslim KLA against Milosevic's Serbia. Serbia retaliates against KLA attacks, which gives NATO an excuse to attack Serbia, which eventually leads to Milosevic's overthrow in the name of "democracy," etc. Then the US imperialists have access to Serbia and the Balkan region.

Also is the case of East Timor. At first, the US imperialists let Indonesia invade and crush the leftist Fretilin who came to power in a newly independent East Timor, thanks to a leftist government in Portugal. That was in the mid-1970s.

However in the late 1990s, the same western imeperialists support to ouster of Indonesia from eat Timor and back putting a Fretilin leader in power, and the UN "peace keeping" force is led by Australia, a US lapdog.

At the time, it was rather strange that totally rightist NGOs were supportive of East Timor independence, unlike back in the 1970s.

This is not to say that East Timor should not be independent, they indeed have a right to their self-determination but, it's about outside powers manipulating genuine domestic interests to their own advantage, just as the British colonialists played a sultan of one state in the Peninsular against another in return for him accepting a British Resident who was a de-facto Brtish viceroy of that state, which will nominally "independent" was a de-facto colony.

US imperialism is much more subtle than former European colonialism and has no issue with putting locals in charge of running countries and territories in their geo-strategic interests - in effect a puppet.

They take pains to avoid the racist excesses of exerting overt white superiority in providing equal opportunity for persons of any colour to locally manage their imperialist interests.

It's a more pragmatic approach which avoids inciting the ire of the local populace, unlike the "no dogs and Chinamen allowed" signs.

Like now the US has a black president but so what. He's still chief executive of US Imperialism, Inc. and as long as he does his master's bidding, that's fine with them.

It's only dumb liberals who are in awe at a black president of the US who has done very little to uplift the status of ordinary African Americans in the US, any more than black Republicans Dr. Condoleeza Rice nor General Colin Powel did before the Democrat president Obama.

Both Rice and Powel served the interest of US imperialism very well.

Wow You Sure have a Covoluted Distorted Mind!

Where Does Petronas Figure in Your Grand Plot?

Anyone can masuk ambil Minyak Malaysia?

Or is it Because Petronas Reports to Anwar?

Wow You Sure have a Covoluted Distorted Mind!

Where Does Petronas Figure in Your Grand Plot?

Anyone can masuk ambil Minyak Malaysia?

Or is it Because Petronas Reports to Anwar?

maybe you can explain how this is not possible? voicey merely presenting a possibilitty

or it is beyond your mrntak capability to comprehend?

Please answer why we are lagging behind Singapore in economic terms? If you can asnwer that convincingly, then your story can be believed!