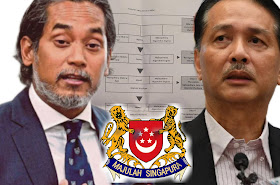 Last week, blogger Nuclearbursaman criticised Ministry of Health's Director General, Tan Sri Noor Hisham Abdullah for being the mouthpiece of MySejahtera.
The Vibe reported Noor Hisham promoting the use MySejahtera for infectous diseases other than Covid 19 such as rabies, dengue and chicken pox. This is in addition to Khairy Jamaluddin's statement that MySejahtera could be applied for non-communicable disease.
Critics of MySejahtera is particularly up-set with Khairy for snubbing PAC's request to delay the MySejahtera contract till inquiry is completed.
When taking into account the risk MySejahtera data has actually leaked, continuing it openned MOH or MySJ or the maintainance company to the risk of being reprimanded for breaching the Private Data Protection Act (PDPA) OR civil lawsuit by users.
Is it worth for government to spend the money?
Despite Noor Hisham's appearance of cooperating with Khairy Jamaluddin, MOH seemed to be ad odd with the Minister.
The decision has not been announced and Khairy said it has not been made yet.  Nevertheless, the options for consideration are:

1. MOH takeover the whole operation of MySejahtera, which entails:

2. Appoint MySJ and Entomo to operate

MOH prefer option 1, but the Minister prefer option 2.
According to a source, option 1 means Entomo will transfer the IP and software license to MySJ at RM338 million. The maintainance cost till 2025 is another story all together.
The data is owned by MOH, but allegation arise that MySJ is owned by several private shareholders. Khairy said it is not true. Be that as it may.
A source provided this one page snippets of MySejahtera system architecture.

The pertinent question now and techies out there could assist to make their assessment:

Is MySejahtera system really worth the RM338 million for government to pay Entomo for?

The source that provided the folded chart from his pocket above estimated the cost at US$2 million. At the conversion of RM4.38 per US dollar, that's RM8.76 million, which is below the RM10 million estimated earlier here. 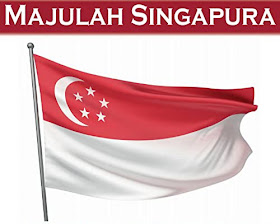 Nevertheless, it is giving the Singapore-based Entomo a simple return on investment of 3,758%. Majulah Singapura!
For Khairy who was responsible to put the deal with Entomo together at the Ministry for Science, Technology and Innovation (MOSTI), is "well done" praise in order?
Perhaps, "well done" also to the former Chairman of the BN Cabinet Commitee on Digital Malaysis, Tan Sri Muhyiddin Yassin.
If it is not true, a denial and explanation is appreciated. Don't shoot the messenger because this is a concern for public interest.
at 5/11/2022 06:10:00 PM