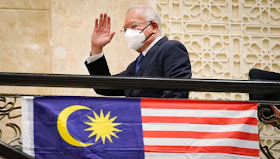 Depriving Najib Razak of fair trial may have ramifications for Malaysia
With the general elections imminent, Mahathir Mohamad and his compatriots firmly believe that Najib’s incarceration would give them the political edge that they desperately need
Anand Murgun, Firstpost
August 20, 2022 19:46:42 IST 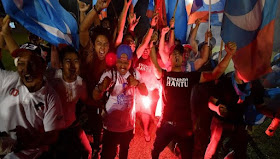 For nine years prior to this watershed moment, Malaysia, under the administration of Najib Razak, witnessed some of the most progressive reforms since independence. The abolishment of the draconian Internal Security Act was at the forefront of these reforms. Malaysia further restructured it fiscal base by introducing the GST. The nation experienced steady, uninterrupted GDP growth and witnessed the longest bull-run in its stock exchange driven by strong foreign direct investments (FDI) and domestic direct investments (DDI). 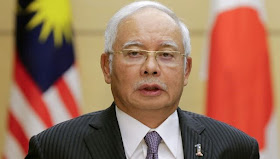 Furthermore, Najib had overseen a transformation of the nation to embrace its diversity and to harness it as a propelling force. His 1 Malaysia rally was designed to make Malaysia a more inclusive society and move away from the politics of old, crafted by Mahathir Mohamad who weaponised race, religion and ethnicity against the people of Malaysia. 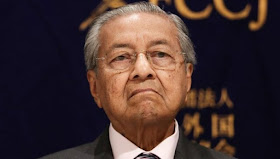 The 1 Malaysia platform was meant to economically and socially rejuvenate marginalised communities, namely the Malaysian Indian community. This community was particularly marginalised by the Mahathir-doctrine. A community that was displaced from the traditional plantation sector, a safe-haven for generations of Indians who willingly migrated, or who were brought over by the British. Najib was the first Malaysian prime minister to actively design and propagate a blueprint that would transform this community socially and to ensure higher, sustainable income levels.

These reforms were opposed and derogated by Mahathir who went on to partner the fractious Opposition. He weaponised 1MDB and SRC International, projects initiated by Najib, and the various reforms including the introduction of the GST as a rallying call to topple Najib and UMNO.

Mahathir, who is 97 years, undertook a second stint as prime minister of Malaysia in May 2018. This then saw an era of both vindictive and uncertain politics. Mahathir set about to appoint individuals across key institutions, including the Attorney General Chambers, Anti-Corruption Commission and the judiciary, just to name a few.

He then systematically undid the reforms introduced by Najib at the peril of Malaysian society. This included the GST and unilaterally cancelling key multilateral projects with specific foreign governments. He then made outrageous statements, including the one at the UN General Assembly against India in 2019. He further sought to undermine the social inclusion process. In particular, he suspended Najib’s blueprint for the Indian community.

Despite his draconian nature, Mahathir was unable to hold on to the prime minister’s position given the fractious and divergent nature of his ruling coalition. This has led to another two governments being formed in less than two years, resulting in Malaysia exhibiting uncertain political stability.

However, given his earliest machination into his second stint as prime minister, key institutions like the Attorney General’s Chambers and the judiciary remain in his firm grip. This is exhibited in the surreptitious movement of the judicial bench. Justice Datuk Mohd Nazlan Mohd Ghazali, who was a junior judge with no criminal case experience was appointed to hear the SRC case. This happened after several prominent judges had recused themselves for reasons of possible conflict of interest. There were even a few judges who were disallowed from adjudicating on the case given that their siblings and relatives were deemed to be UMNO supporters, thereby creating the possibility of a potential conflict of interest.

Surprisingly though, it has been recently revealed that Justice Datuk Mohd Nazlan Mohd Ghazali was actually involved in the very transactions that he was adjudicating on. Prior to his appointment to the Malaysian judiciary, he was actually the legal counsel at the very bank that propagated the creation of SRC International. He was intimately involved and personally present at various meetings that were held at the bank on this matter. He was further involved in the raising of a bond for SRC International while at the bank. 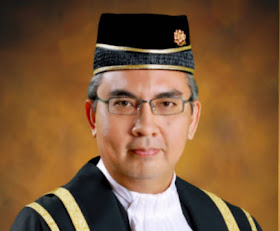 Furthermore, documents purportedly from the Malaysian Anti-Corruption Commission that were leaked on social media by a renown Malaysian blogger, claim of a formal investigation and that there are indeed Malaysian Penal Code offences committed by Justice Datuk Mohd Nazlan Mohd Ghazali.

In addition, there has been a slew of recent social media revelations that the husband of the current Chief Justice of Malaysia (Tun Tengku Maimun Tuan Mat) Zamani Ibrahim, is an active member of BERSATU, a party formed by Mahathir just before the general elections. Screenshots of Zamani’s social media postings berating Najib and his reforms have also been revealed.

Since the beginning of SRC International proceeding at the Kuala Lumpur Sessions Court on 4 July 2018, Najib Razak has faced several crucial challenges in the bid to clear his name from three counts of criminal breach of trust (CBT) and one count of power abuse in relation to the misappropriation of RM42 million belonging to the subsidiary of 1Malaysia Development Berhad (1MDB).

The case was transferred to the Kuala Lumpur High Court on 8 August 2018 and, he was slapped with additional three counts of money-laundering charges. The trial began on 3 April 2019, after High Court Judge, Datuk Mohd Nazlan Mohd Ghazali dismissed Najib’s application to declare the seven charges against him defective.

Najib entered his defence on 3 December 2019 and the defence closed its case on 11 March 2020 after hearing from 19 witnesses. On 28 July 2020, the Kuala Lumpur High Court found Najib guilty on all seven counts of charges.

He was sentenced to 12 months in jail and RM210 million in fine, however, on 19 October 2020, Najib filed for a petition of appeal, and it was scheduled to be heard at the Court of Appeal on 5 April 2021.

After 15 days of appeal proceeding, on 8 December 2021, the three-member bench led by Court of Appeal Judge Datuk Abdul Karim Abdul Jalil along with Datuk Has Zanah Mehat and Datuk Vazeer Mydin Meera unanimously delivered its decision to uphold the Kuala Lumpur High Court’s conviction and sentence against Najib.

On the same day, Najib filed an appeal at the Federal Court. On 25 April 2022, Najib filed a petition of appeal citing 94 grounds on why the Court of Appeal had erred in his judgement. The Federal Court then fixed the hearing of his SRC International appeal from 15 August until 26 August.

On 31 May, the British Queen’s Counsel, Jonathan James Laidlaw, filed an application to the Kuala Lumpur High Court to represent Najib in his final appeal at the Federal Court. However, on 21 July, this appeal to be admitted to the Bar was summarily rejected.

On 10 June, Najib filed a motion to adduce fresh evidence which could allegedly prove that Justice Datuk Mohd Nazlan Mohd Ghazali should have recused himself due to serious conflict of interest which has violated his rights to a fair trial. He also appealed for a retrial before another High Court judge.

On 26 July, Najib’s newly-appointed counsel filed a written application to the Federal Court to delay the trial, which was scheduled to begin in three weeks. Nevertheless, the Federal Court rejected the request three days later during the case management and decided to proceed with the appeal as scheduled.

Last Monday (15 August), Najib’s team filed an application to adduce new evidence including the conflict of interest and lopsided judgement involving Justice Datuk Mohd. Nazlan Mohd. Ghazali, that was not granted to the defence during the trial. The defence team said that Najib was not aware that Justice Datuk Mohd Nazlan Mohd Ghazali was indeed involved with SRC International through his association with Maybank as its general counsel.

During a news conference at the lobby of the court on the same day, Najib’s defence team expressed their disappointment with the verdict delivered by Tengku Maimun.

On 18 August, Najib’s second request to defer the trial was rejected yet again by the five-member bench.

Najib’s lead counsel then declared his withdrawal from the case because he was not ready to represent the case given the lack of time allowed by the court for him to review the voluminous set of documents and evidence in order to structure his arguments. However, his bid was rejected by the court on the grounds that Najib would be left unrepresented. The latest developments raise the questions if Najib will be facing the trial unrepresented.

For the past two days, senior UMNO leaders have voiced their concerns that Najib may not be given sufficient room to prove his innocence. They have further emphasised the Party’s views on the revelation on Justice Datuk Mohd Nazlan Mohd Ghazali and his involvement with SRC International seriously as he had adjudicated and delivered the verdict and sentence against Najib.

Furthermore, the UMNO secretary-general, has demanded for the Malaysian Anti-Corruption Commission (MACC) to issue a statement on the alleged investigation on Justice Datuk Mohd Nazlan Mohd Ghazali. He requested the MACC to deny or verify the social media report stating that the judge has erred.

Additionally, the former vice-president of Parti Bumiputera Perkasa Malaysia (Putra), Datuk Hamidah Osman has lodged a police report against Tengku Maimun, the Chief Justice’s husband. She has requested that the police investigate the viral social media allegations involving Tengku Maimun’s husband. If the allegations are true, Hamidah has claimed that Tengku Maimun should recuse herself or be dropped from leading the judges in Najib’s case.

The current political instability in Malaysia has created a lack of confidence and foreign and domestic investment outflow. Despite the rise of commodity prices such as palm oil and petroleum, Malaysia is still trapped in a serious economic spiral.

The nonagenarian, Mahathir Mohamad, is said to have orchestrated this political stalemate and continues to propagate protracted instability of Malaysia. This political quagmire would have dire consequences on Malaysia and its regional partners given growing global and regional tensions.

This comes in the backdrop of a looming general election (GE15). Despite his legal constraints, Najib has emerged as a lightning rod that has begun to attract a much larger following amongst the Malaysian rural and semi-rural vote-bank.  His party, UMNO is expected to make a large come-back based on the various recent bye-elections and state elections that they have won handsomely based on his personal ability to attract the masses.

Mahathir and his compatriots firmly believe that Najib’s incarceration would give them the political edge that they desperately need.

The very tenet of fair justice for all, enshrined in the Malaysian Constitution is at question here. Najib not being able to receive a fair trial is of grave concern. It may not just have ramifications on a single individual’s future, but the very future of an entire nation.

“The worst form of injustice is pretended justice.” - Plato