In our first posting [read here] on the Tropicana land deal meant to develop the Canal City, it was mentioned of a rumour below:


One Chinese corporate businessman informed us that even at RM1.3 billion the land is grossly undervalued. It should be RM1.7 billion and words are Khalid had pocketed RM200 million from the deal.

No wonder he can settle his RM67 million loan with Bank Islam Berhad, paid for PKR's Tropicana rentals due, finance Kajang by-election and many more.

The same Chinese corporate businessman dig up further on the deal and true enough, it had something to do with the settlement of Khalid's RM67 million defaulted loan with Bank Islam.

This time he said the amount is RM300 million in which it had went to a someone with a Raja surname in his IC. He could be a proxy to Khalid and other parties but it was him that paid for the Bank Islam loan.

Khalid has contacts with the Selangor royalties. 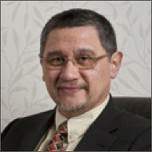 Apart from this mysterious Raja, there is another Raja directly linked to the deal.

In addition, he is the Chairman of Kumpulan Hartanah Selangor Berhad.

In the corporate circle, he is seen as Khalid's loyalist and steadfastly follows Khalid's instruction to refer to him before the Board of Directors make any decision for the company.

As Khalid said in the SELCAT enquiry, he views his position in PKNS as Executive Chairman by virtue of it's status as assigned to the holder of the Menteri Besar position. PKNS is high on the top of the heap and he would have applied the same practise in PKNS to KPS and KDEB.

It means Khalid could have directed for Tropicana to be selected.

However, it is not easy to proof any wrongdoing there because the secretary would have thrown in a lengthy deliberation and supporting papers in the minutes to show there is justification to the decision.

Before joining politics, Khalid is not unaccustomed to using of royal connection to get his deals for Guthrie through.

As Chairman of Kompleks Kewangan Berhad, Khalid had Tan Sri Syed Anwar Jamalullail as member of the Board of Director and Managing Director.

Syed Anwar is one of the son to the Raja Perlis and married to YAM Tengku Puteri Nor Zehan Almarhum Sultan Salahuddin, the sister to the current Sultan of Selangor.

His brother was formerly married to Ku Yah and bore the son Syed Budriz.

It is believed that Khalid had seek the help of Syed Anwar to get palace influence to pressure PNB to allow sales of Guthrie's Haron Estate to Golden Hope.

It is strange for one PNB company to sell it's asset to another PNB company.

However, Khalid need it to cover for Guthrie's financial shortfall in the tune of RM300 million then for his poor touch in Guthrie's property foray.

He was removed from Guthrie because he failed and had resorted to strange unethical transactions. PNB has basis to sue him but did not out of respect.

Khalid was awarded Tan Sri-ship during the reign of HM the late Sultan Salahudddin as Agong.

The Raja proxy used by Khalid was the front to pay his Bank Islam loan. A major portion of the balance to the RM300 million kickback after deducting the RM67 million Bank Islam settlement was the Raja to keep.

The speculation is the transaction was utilised by the Raja proxy to lobby and whisper for the Sultan to maintain Khalid as Menteri Besar. This is despite opposition from DAP and liberal elements in PKR seeking for Khalid's removal due to the kalimah Allah issue.

It may have worked out as commented in Sinar Harian report here reads.

On the other part, Khalid may have used part of the money as insurance to pay for Datin Wan Azizah's candidacy at Kajang.

This explained for her inconsistent statements on the Kajang move. In one occassion, she denied replacing Khalid as MB but in another occasion, she reiterate Kajang move at the behest of husband, Dato Seri Anwar Ibrahim. 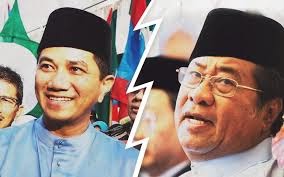 Part of the reason for Khalid's candidacy for Deputy President of PKR is believed to be a political move to thwart the Kajang move to remove him.

By the look of things, the Deputy President race is an all out joint campaign effort to remove Azmin Ali.

The major challenge to Azmin looks to come from Saifuddin Nasution, Khalid and Tian Chua. The rest are just vote splitting game.

Talk is Saifuddin have approached Khalid to pull out in order to consolidate the anti-Azmin votes. The motivation for Khalid to run for Deputy may no more be relevant, especially after solving his personal financial woes and royal supports seemingly secured.

While, Tian Chua's decision to run was a surprise since he was facing the prospect of prison and losing his Parliament seat. Liberal agenda Tian Chua may see the removal of Azmin as necessary. His role could be to split the non-Malay and liberals votes away from Azmin.

However, should Malay votes split between Azmin and Saifuddin/Khalid, Tian Chua could come out as unexpected victor.
at 4/09/2014 02:14:00 PM

Who is not to suspect of a higher hands at work when a land could double up in one year?

More so, a land worth RM1.7 billion on cash could be then sold at RM844 million.

If Khalid is not happy with the sales to Eco World, why make them pay cheaper?