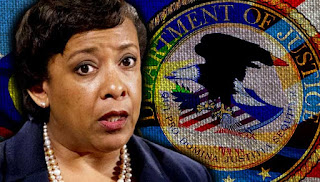 After all, it's sole purpose is merely to get Parliament approval for the government to operate next year. If there is enough fund, things will procede as planned. Otherwise, it is postphoned.

In the latest October 25th 2016 statistics here, public sector via government services constitute only a small fraction of GDP, mere 8.2%.

It's GDP contribution is not significant to attentively follow the speech. Off late, there is always a political wayang in the midst of the speech.

As usually happen, budget debate lack any substance. No different this year as Dato Salleh Said Keruak felt "...opposition missed the forest for the trees".

This budget is a testament to Najib's unwavering commitment for reform (dubbed as transformation) agenda and the people, especially in the rural area even during this testy economic environment.

He has taken the agenda beyond the feudel pomp and pageantry of Vision 2020 to a more realistic TN50 "reform".

Anything misconstrued as challenging his legacy, dynasty, and crony will only get a vicious response from Tun Dr Mahathir. The man wants to live and be held in adoration till the 2100s.

Seldom debated with depth is the budget's objective, focus and strategy within the current national policy and plan.

Not necessary to agree, but the only substantive opinion was Penang Institute's call to slash the civil service. If only the Malays sympathetic to Mahathir's cause realised the implication.

Dato' Khairuddin Abu Hassan announced a gathering of Malay NGOs with Mahathir this Wednesday. Either Mahathir is up to something nasty or covering up for some unexpected development.

It is rumoured there is internal problem brewing within PPBM arising from Mahathir's de facto spokesman's announcement to resign from the party.

Further development await as only viral rumours of mass resignation being spread.

Last year, he attempt to reject 2016 budget and put government at ransom till Dato Najib resign.

And this year's to discredit the credibility of the budget and taking opportunity of recent development on 1MDB-related cases abroad. It started with a walkout in the midst of the budget speech.

Tan Sri Muhyiddin claimed the numbers are not the true picture and linked it to 1MDB's problem. In his maiden speech from the opposition bench, he made a diversion to claim contingent liability of 1MDB is not reflected in budget.

First, with only 3% budget deficit, where is the imprudent forecast? Budget is not about contingent liability but cashflow plan for next year.

Second, the revenue forecast practise by government are conservatively made. Spending is linked to and limited by available cash. Muhyiddin have to be specific.

Third, national debt at below 55% of GDP cannot be out of control. This was Muhyiddin defense of government few years ago. Only debt level during early Mahathir administration exceeded 100% of GDP was not raised.

And, Muhyiddin used to argue that the bulk of national debt is corporate debt and not belong to government. Thus for Tony Pua's accusation that government hidden debt under NFPC.

Major government infrastructure are done though NFPC but loans raised are treated by Banks as corporate loan and matched against cashflow.

Opposition can only be expected to provide check and balance. However, this year they are merely to check and divert.

In the meanwhile, Dato Husni Hanazlah's expanded his earlier script of the burden of 1MDB made him worry and thus resign. His first question as backbencher is to ask the questions he answered last year.

For him to ask on SRC, isn't MoF 2 supposed to be in charge of government companies?He is not competent in communication and problem solving but now, it seemed he does not know his job.

Husni left because he disagree to leave MoF. He is worried audit could expose his wrongdoings. His naivety and innocent pious look could be deceiving.

He threatened that he has more. It is the ethics of blackmailer and corrupt.

Both Muhyiddin and Husni were still threading the 1MDB issue carefully. So should everyone.

Same with Mahathir and his surrogates, they were still asking questions instead of making a clear and concise allegation.

Mahathir's gathering on Wednesday could try to divert attention to Malay interest issues he could exploit as political issue. RPK's and Joceline Tan's latest pieces could pre-empt Mahathir [read here and here, respectively].

Possibly, Mahathir will remain within the 1MDB theme. October 28th was the extended deadline given to Red Granite and the four individuals to submit their defense.

That deadline was last Friday but there have been no news or statement from the California court or Red Granite or DOJ.

If Red Granite and the four had not submitted, the assets could be immediately forfeited. But why no news report on the court decision?

As far as Red Granite, they denied in July. In early August, Red Granite reached a pact with DOJ to be allowed to ring-fensed future income from the movie, Werewolves of Wall Street.

The Hollywood Reporter reported in late September that DOJ is still investigating the film's funding. It affirms Rozario's concern.

That possibility cannot be discounted. DOJ filing was viewed by certain legal source as not legally clear and concise in their allegation.

Source claimed a certain US lawyer described DOJ's case as flimsy. The content is a near replica of WSJ and Sarawak Report and written resembling a newspaper feature.

With IRS in DOJ investigating team, they could have seized and forfeited the assets. Tax authorities have far reaching discretionary power and in some country, can take action before court make a decision.

It is likely US AG and DOJ is in a daze. They are currently under immense political pressure for stopping FBI investigation of Hillary's e-mails. Last week FBI dropped the bomb on her presidential campaign to announce re-opening investigation.

Attorney General Loretta Lynch is also under attack by the media for her tarmac meeting with Bill Clinton in Arizona last summer. The meeting was believed to be related to donations to Clinton Foundation.

Was that the reason Frank White came to Malaysia?

Hillary is about even with Trump in the latest national poll. Her campaign is in limbo and most likely, Lynch will not be reappointed.

These may be the reasons Mahathir and his surrogates are vocal but threading the 1MDB issue carefully.

And, it could be the same for Matthias Chang and Dato Husam Musa to voluntarily withdrew their civil suit in September.

It is believed that Mahathir is moving the main thrust of his political onslaught on Najib to the Malay economic angle.

In the meanwhile, the protoons are confident cases against BSI and Falcon in Singapore will tighten the noose around Najib's neck. It could unravel more information and confirm the allegedly diverted 1MDB money.

However, be it Singaporean or Swiss authorities, both are more interested to safeguard their banking system from breach of regulations. More to do with the order side of law and order.

The more outspoken Swiss AG may have spoken more than necessary but it is his political ambition talking. Notice that they have yet to complete investigation and still seeking MLA.

After months of slow development on the DOJ part, there is increasing suspicion that they may have a faulty case.

Otherwise, their filing would not have stated 1MDB insisted Good Star is owned by Petrosaudi. SR allegedly doctored e-mail to hide this fact and DOJ could embarassingly be in possession of such documents.

There have been NO formal MLA established between FBI or any other foreign enforcement agencies with Malaysian authorities on this case. The legality of documents in their posession is questionable.

Could Rozario hinted so to claim DOJ's case is flawed and Husan and Matthias realised it?

If true, the complainant/(s) may have committed treason. The common reaction would be to blame the three Tan Sris but this is just suspicion.

By right, the public should heed the advise of former US Ambassador, Joesph Yam to wait for the first hearing.

But to leave issues unanswered or unexplained will open one to risk of manipulation by opposition, and invite speculation and negative perception.

Nothing is confirmed yet despite Muhyiddin's claim in Parliament that Tan Sri Gani Patail showed and gave him documents. If he has, why did he need to read The Edge to understand?

And, why did he not reveal to knock Najib out with a single blow instead of facing the shame of being removed from cabinet and expelled from UMNO?

The Machivelian Mahathir would heartlessly use anything to knock out his political opponents. He pressured Pak Lah to resign using flimsy allegations.

To remove a national leader, it must be based on firm and confirm allegation. Not on some cerita Keling.

Maybe you are being a tad optimistic...

No qualms there about mentioning 1MDB openly.

Let's see how matters unfold in the Singapore court proceedings.

you choose to ignore news down south when 2 banks and most likely the third one will be implicated and fine or close down. i don't know in which world are you living but for 2 banks to be asked to be closed and their employees to be charged are unprecedented. Both banks (and the third one) are charged against money laundering and cheating in related to:

and just like AG Apundi, you just ignore the fact.

you also choose to ignore the investigation by our own Bank Negara concluded from the facts of 2 foreign authorities saying Good Star was owned by Jho Low during the transfer of USD700m Malaysian money to that account from the issuance of 1MDB bonds.

If you choose to ignore all that, okay fine...but for a start do not ignore the clear cut KWAP borrowed money that was transfered directly to Najib account. This transfer got nothing to do with DOJ or Swiss AG coz it happen in our shore. It went pass a few companies account (same modus operandi with 1MDB) then end up at Najib's Ambank account. Apandi can't just ignore that fact excusing Najib of ignorant. In the court of law, ignorant is not an excuse. At least further investigation need to be done.

and please don't talk about economy coz you have little knowledge of that. our debt level is a ticking bomb. najib and his cohorts tried to play around with the real debt that the country is facing. MRT and Prasarana will never be able to pay their own debt, same goes with the new projects of HSR and ECR. All in all amounting to almost RM300 billion (when all completed) with all are government guaranteed. these did not account for PTPTN, Pembinaan PFI, Pembinaan BLT and many more. economic play najib style is going to bring Malaysia to hell, his style of big spending for high GDP is unsustainable. maybe you are right, in the early years of Mahadey primiership Malaysian debt to GDP was also high, but that was the reason he cut spending by privatisation and try to cut loose our dependent on commodity by industrialisation.

since your you have limited knowledge on macro economy, let me remind you with this fact..
malaysia's debt increase from rm130 billion in 2003 to rm655 billion in 2015. how the hell did najib manage to do that, especially when our revenue from oil (crude oil of US120 per barrel in 2013) was the highest ever?