Halim Saad questioned why PLUS debt not paid? 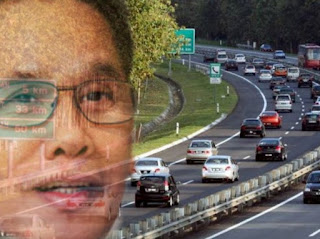 If three is a crowd, four is a party.

It came to the attention of this blogger that the pioneer of PLUS, Tan Sri Halim Saad with a Dato Wong Gian Kui entered a bid for PLUS.

The offer is for Khazanah's 51% stake for RM5.3 billion and came with 25% discount on toll rates. The discount is not the interesting part of the offer. For comparison, Guan Eng announced an 18% discount during Budget 2020 and MAJU offered a higher 36% discount.

The issues raised against Khazanah in the letter of offer relate to PLUS debt status.

Where did all the money raised by PLUS go to?

In the letter sighted, question was raised as to why PLUS still has a unpaid debt of RM31 billion on the 31st year operation after the original 30 year concession?

Secondly, since 2012, PLUS collected RM24.5 billion toll revenue, but had only paid RM700 million of its debt.  It still have RM30.6 billion. Sukuk debt outstanding.

Where did the money go to?

The letter highlighted government still have a guarantee of RM11 billion till 2038, failing which, government will end up with government having to pay on a bullet or one go repayment.

PLUS had undetwent various corporate restructuring and fund raising exercises over the years including its public listing.

In the letter of offer, Halim will assume the whole debt of PLUS. The concession will remain so till 2038 with EPF expected IRR of 10% will be met. 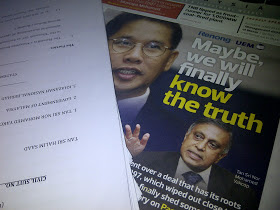 As a background to the offer, Halim filed a lawsuit to sue Tan Sri Nor Mohamed Yakcob, Tan Sri Azman Mokhtar, Khazanah and varuous parties in 2013. Read past postings HERE, HERE and HERE.

Nor Yakcop is Mahathir's hatchetman assigned to seize assets of Malay  corporate entrepreneurs such as Halim who are involved in privatisation exercise during Mahatbir's fourth term.

That exercise saw the end of Malay industry captains developed through the New Economic Policy.

Subsequent administration had to undertake an institutional approach to spearhead Malay economic agenda. The lost of BN in GE14 resulted in the institutions effectively fallen to DAP control and now being systematically dismantled.

With only a handful of Malays with the financial capacity, Malay lost its grasp in big business.

Halim lost the suit in court and did not pursue it to the higher court.

Talk is Halim had, voluntarily or "involuntarily", signed for the transfer. The documentations are in order and difficult to be disputed in court.

The RM5.3 billion bid is certainly interesting. If there is injustice, he could seek that redemption in the hereafter.

It is unlikely for him to acquire PLUS for free. Even to acquire with money, it is competitive. 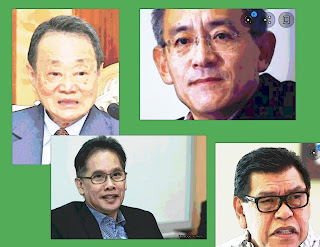 Despite much talk on the sales of PLUS with PM and Minister of Finance publicly passing the buck at each other, no announcement of any decision made by cabinet.

Recently, Shahril reiterated his opposition to describe it as a moral hazard disaster to force Khazanah and EPF to sell PLUS.

Lim Guan Eng is gung-ho position for government to buyout the four Klang Valley highways, which could raise RM6 billion for Gamuda, is seen as assisting to strengthen their financial standing to bid for PLUS.

Suddenly, a Malaysian-led Hong Kong-based private equity firm, RRJ Capital came out of the woodwork to bid RM3.5 billion. Robert Kuok and a recent doctorate recipient are the convenient suspects as hands behind this bid.

Sins of Mahathir's past 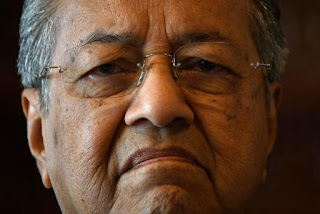 Halim's another relentless effort to acquire PLUS will certainly reignite political rhetoric on cronyism in the light of government mega sales of assets to friendly parties.

With all the parties involved in their twilight years, the public deserve to know the truth.

Early in his return to Prime Ministership, Mahathir mentioned of returning to privatisation to revive economy.