Will the real culprit behind Sarawak solar project case get exposed tomorrow in court? 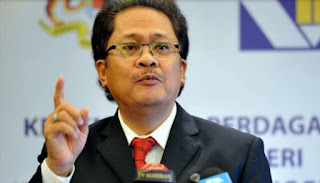 It is glaringly clear that the media coverage on the Sarawak solar project case is to constantly paint the picture Datin Seri Rosmah lobbied and pushed for the project to be awarded to Jepak Holdings and Dato Seri Najib requested the government officer to expedite the award to Jepak.

Understandably, it has political value to the previous PH government to demonise the former Prime Minister and his wife.

As of today, under the officially set-up Perikatan Nasional government, mainstream media is on the same agenda-setting mode to demonise Rosmah.

One should be reminded of the court statement by Alias's predecesor, Tan Sri Mardinah Mohamad, in which the theme was the same.

Intentionally, it was not reported that Mardinah said the Prime Minister's request is taken seriously but we still insist it be done according to the proper procedures.

Thank god for social media for reporting another side of an event.

Despite mainstream media having to abide by the script of their political master, one can find glimpses of the real happening inside the court room.

For instance, the Bernama report published in The Star here highlighted. Extract of the report:


Alias, 62, said the wife of the former prime minister had also asked him when the contract could be signed because progress payments could not be made if it was not signed.

"I told her Syarikat Jepak (Jepak Holdings Sdn Bhd) could not complete the draft of the contract documents to be scrutinised by the ministry," he said at the examination-in-chief by Deputy Public Prosecutor Raya Mohd Farizul Hassan Bakri.


Reading his witness statement, Alias, who held the post from Sept 5, 2016 until his retirement on May 22, 2018, said Rosmah had also asked him on the development of the advance payment to Jepak Holdings and when it could be made because the company could not move without the payment.

More of the same:


"As far as I can remember, the contract for the project was signed on June 20, 2017, whereby, at that time I had signed the documents of the contract together with Jepak which was represented by its director, Saidi Abang Samsudin," he said.

During cross examination by defense lawyer, Datuk Akberdin Abdul Kadir, Alias was caught for issuing the Letter of Acceptance (SST) to Jepak despite an MoF rejection letter:


Akberdin: You want to uphold what is wrong. Did or did not MoF (Ministry of Finance) approve the application of additional allocation?

Alias: Not true because it was not me who issued the SST. My signature is not on the SST.

Akberdin: You are lying to the court. You want to tell that as the controlling officer you were not informed or did not know when the SST was issued (to Jepak Holdings)?

Alias admitted he did not follow procedure, and MoF do not necessarily abide by Rosmah's lobby or Najib's letter of suggestion or recommendation.

He will be continuing his statement in court tomorrow and it will not only be interesting, but an explosive possibility that more could be unravelled.

Have personally had dinner with Alias as a KSU of another Ministry. Despite his impressive resume, he was strangely silent and obedient to the Minister present.

The Minister seemed hardly well versed with the subject matter he was talking. And, that Minister has an unsavory reputation.

Certainly, the statement in court today made us ponder on another side to the character of Alias.

Mardinah not compromise procedure for PM 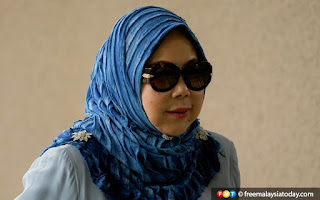 It is unlike that of Mardinah, as per the extract from mid-February Borneo Post report below:


“Datuk Rizal Mansor once told me that ‘PM’ (short for prime minister) and ‘ma’am’ asked why there was delay in bringing the application for direct negotiation to the Finance Ministr, despite having told him (Rizal) that it would be done ‘once we have everything ready’.

“I also did tell Datuk Rizal Mansor on the absence of development project to implement the solar hybrid project but he told me to just forward the application and said that the boss would know what to do.

And the then FMT report extract below:


Akberdin pointed out that in Madinah’s witness statement, she had criticised the solar project as a non-viable project and said it was too expensive.

The lawyer added: “I suggest that Tan Sri (Madinah) had failed in your duty to explain to the (then) prime minister (Najib Razak) about Jepak’s solar project back then.”

“I disagreed. I informed him (Najib) in Parliament that the education ministry could not implement this solar project because we did not have sufficient funds and there were some issues that were not properly explained to us,” Madinah said. 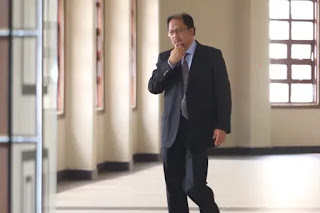 For tomorrow, defense may want to scrutinise Alias further on the working paper, documentation etc on whether Alias used his own discretion to approve against the opposition of his underlings on reason of non-compliance.

The question that could arise from further cross examination of Alias will be:


Does Alias have a personal interest or probably is the hidden hands or even proxy shareholder in Jepak to smoothen payment from Ministry, but now conveniently blame it on Rosmah?

The new Chief Commissioner of MACC, Dato Azam Baki may find his first big fish of a KSU kantoi (caught) in court.

Seriously speaking, the Saidi character, or his business partner or accomplice are not that smart and clever to plan out the whole scheme.

It is not believable for them to know what was happening deep in the interiors of Sarawak. There must be some big fish masterminding the "robbery on the poor people" exegarated by Sarawak Report as hundreds of millions scam.

Alias became sec-gen of MoE in 2016 and retired in 2018. In street lingo, it could be his last kopek untuk pencen (last crack to amass a healthy retirement fund).

It means, if Alias is the real culprit, then Rosmah and all implicated including Saidi and Rizal are innocent and free to go.