While Ismail is abroad, noose tightening on KSN? 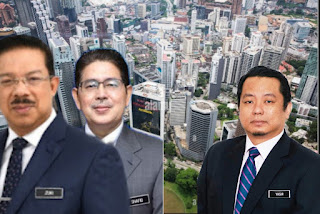 My broker is not EF Hutton, but to pun their TV commercial decades ago, they said PM Datuk Ismail Sabri met senior officials of major American corporation in Washington yesterday.
It is perhaps news to them but it is still seen as usual courtesy visit by a new PM. And, its actually news should Azmin's claim of possible FDI turned out true. Be sure to not put wool over public's eyes to claim reinvestment as FDI.
So was the stopover in London. Why then are 6 full Minister accompanying PM?
Is something going to happen in Kuala Lumpur and Ismail is taking a leaf from Mahathir's old playbook for PM to leave the country while it is unfolding?
Blogger and social media political analyst, Zaharin Yasin @ Sang Kelembai has just made a palace shattering expose of Oxford-based Malaysian theologian Dato Dr Afifi al Akiti.
He is putting it on hold to expose land scandal in Kuala Lumpur. There have been quite a few but this one suspiciously could implicate the Chief Secretary to Government (KSN), Tan Sri Zuki Ali.
Words of this have reached the ears of yours truly at the end of Ramadhan.
Evacuation of Kg Baru landowners 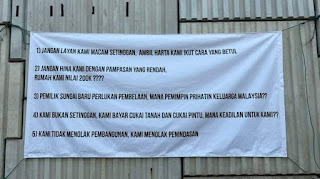 Sometime in the middle of Ramadhan, "EF Hutton" accused Dato Dr Zahid Hamidi of feathering his nest with the Kampong Baru re-development project. "Malu apa menantu mu", he teased.
There was a big outcry by landowners being given legal notice by developer to vacate their land before Hari Raya. The emotional outburst can only be expected. They lived there practically all their life. There should be a legal obligation to provide them a replacement home.
The announcement to vacate the land was made early this year. They claimed the notice demand them to clear out before Raya.
Zahid's name surfaced during PH administration but it was his daughter and son-in-law and involved a small area of PKNS flats off Jalan Tun Abdul Razak.
However, the issue died down instantly. Could not recall whether it is not true or it was genuine award from PKR-controlled PKNS. Either way, it is not believable for PH to approve to an UMNO leader's children.
Neither did "EF Hutton"'s accusation makes sense. Politically, no way in hell Muhyiddin or Annuar Musa would approve giving a political competitor ammunition. If already approved, it would have been cancelled immediately. 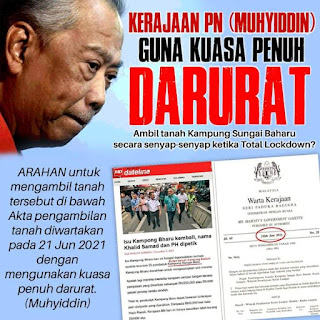 During his short premiership, Muhyiddin was accused of using emergency power to approve a Kampong Baru development. However, it is not for certain whether it is the same plot. 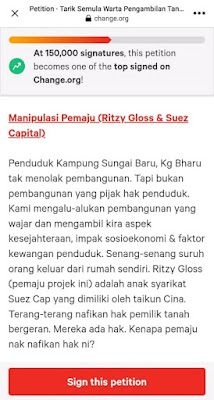 Shahidan plain denial too was no help. He hardly comnit to anything.
If not for the residents' online protest, only did the name of developer, Ritzy Gloss Sdn Bhd and subsidary of Suez Capital Sdn Bhd is known. It confirm not Zahid family.
In the usual practise, the Chinese developer would have a politically connected Melayu as partner. Annuar Musa, Shahidan and even Tengku Zafrol became suspects.
There was no lead to go on till a source alerted on the exploits of KSN and the Director General of Land and Minerals (PTG).
When politicians are cautious, bureaucrats see an opening. Much to the dismay of "EF Hutton" - a former UMNO supporter turned sceptic and critic, he was told he wrongly slandered Zahid.
KL Land Cartels 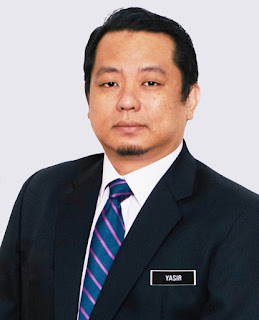 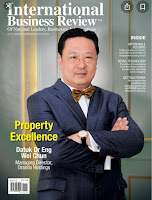 Zaharin questioned why KSN allowed the approval to sell land to foreigners. MACC should investigate for any possible wrongdoing and they already raided PTG office.
Zaharin claimed millions could have flowed into the account of Yassir Yahya's brother who maybe suspected of acting as proxy.
He questioned why KSN and DG for Public Service Department (JPA) did not take action against Yassir. These days nothing comes for free. Anybody would enquire whether there was mutual benefit involved. 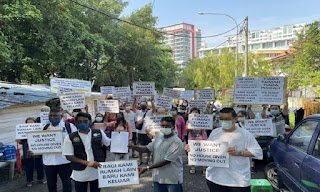 Speaking of the devil, Zaharin also raised issue on Jalan Peel land transfered to an alleged crony of Annuar Musa who was awarded a Federal Territory Datokship during PKP. 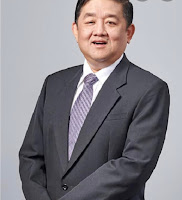 By late afternoon, Zaharin put up another status here of a Chinese Tan Sri who could afford to secure land worth RM60 million land in the Parliamentary area of Batu.
He hinted that this Tan Sri is the other of the two cartels controlling land in KL through the PTG DG.
Checking with a connected Chinese businessman, it seemed the KSN and DG name have been the talk of the Chinese business community.
The source claimed they have been too many land deals linked to KSN that made him afraid to pursue up any offer with his name.
He said, "Banyak sangat. Satu hari mesti kantol. Nanti saya manyak susah lor ..."
Truth or false, these are information from public domain and uncensored sharing of feedback received.
Did KSN or AG intervene? 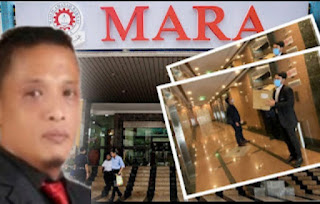 On the subject of KSN, this blog revealed in early April that three members of MARA Corp management in particular the mastermind of alleged fraud General Counsel Iskandar Zainuddin will be charged the next week.
It is already more than a month but nothing happened. There were talk that there is the possibility MARA DG is being investigated and he too is being considered. So there will be a bit of delay.
Since the name of KSN is implicated confidently by Zaharin, Zuki better not extend his hand to save the management of MARA Corp and MARA DG. He is a member of the Board of Directors. That is an abuse of power.
Sources claimed this case is being handled by a certain DPP but there have been instruction to press the brake by his superior named Nik Suhaimi.
Legal sources claimed Nik is not known to be cunning but merely following order. Did AG Tan Sri Idrus Harun ordered to stop the charges?
Whether there is a legitimate reason to do so, Iskandar happened to be a former DPP with AG Chamber in Kota Kinabalu. Is this a case of extending their hands to one of the boys?
at 5/13/2022 04:18:00 PM