The Voice of Anak Malaysia 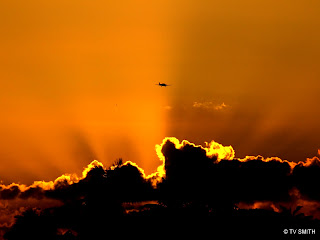 The following comment was made by comentator Anak Malaysia in the posting "Lucrative Bounty of History". It's a sincere view with treasures of hope and worthy of our ponderance.

"With malice to none and charity to all", said President Abraham Lincoln. With that in mind and with fear for none and fairness for all, let me share my personal feelings, as an Indian Tamil in general and a Malaysian in particular.

Malaysia is called swarnabhumi (heavenly land) by the ancient Indians because this land is like the United States, a land of hope and dream. The United States gave hopes to the diverse people of Europe - the English, the German, Greek, Italians, Scandinavians, and Russians, whilst, Malaysia laid the same path for the people of Asia - Malays, Indians, Chinese, Arabs and Eurasians. If only Malaysia is let to be the same the old swarnabhumi – the land of opportunity, we can continue seeking and fulfilling our dreams and hopes.

Aftermath articles that bombard our emails and our group, may differ in approach and writing but echoes one common voice; that is to give the natural citizens of this "swarnabhumi " the due respect, irrespective of color, creed and race.

This basic respect is commonly seen exchanged freely with lots of love by the common people who dwell and work together; going about with their daily affairs towards a common goal of happiness for their family and loved ones. Get in to a cab and have a quick discussion with the driver, weather they are Malay, Chinese or Indian; you will know and feel the common link. 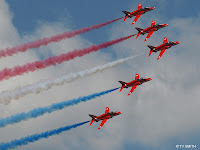 These is the natural calling by all religious teachings of the world, be it Islam, Hindu, Christian or Buddhist. The Almighty God has laid down in the Holy Quran: "O mankind, we have created you from a male and female." In other words all human beings are brothers to one another. They all are the descendants from one father and one mother. "And we set you up as nations and tribes so that you may be able to recognize each other" (49:13). This means that the division of human beings into nations, races, groups and tribes is for the sake of distinction, so that people of one race or tribe may meet and be acquainted with the people belonging to another race or tribe and cooperate with one another.

How can I say I love my child dearly but do not feel for another child being raped and killed by a ruthless killer? That child may be a child of a Malay parent with different background. The common factor of parenthood bonds me with that child and her family, thus evoking my soul to feel the pain of a parent.

How can I say I love my own siblings and parents but do not feel for another person hit and run by a bad driver? In fact, it has personally happened to me when I gave my shoulders for support to a badly injured Muslim, a Malay wife of another. While her husband was settling issues with another motorist who happens to be the `same clan' like himself, I gave support to the greatly in pain lady. Took her to my car to be attended by my wife and I came back to put sense to the arguing husbands. After which, I took all three of them to a nearest clinic for treatment.

Was my doing unique and heroic? No, it is a common thing that any Malaysians will do and are doing on a daily basis in our lovely "swarnabhumi" home of Malaysia . What this home is lacking (sad to say) is a good and caring genuine parent. Family they say is,"Father and Mother I Love you". A good and caring family with loving family members is normally headed by a like minded loving and caring parents who are willing to sacrifice for the love of their family. 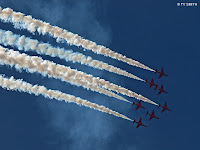 I care a damn who heads this wonderful nation. But I do care that, that head has the qualities of a loving parent who runs this family with a "love all and hurt none" attitude. I love the head to use all avenues available to protect and nurture the love amongst his children. If there is pain in anyone of his children, his heart must bleed. The Big Bad wolf who pretended to be the grandma in Little Red Riding Hood had big ears but it lacked the heart that matters most. That cost its live at the end of an axe.

What this nation needs is not a pretender as such but a true parent who works from the heart-a parent who walks his talk and really attends ("hadhiri") to all his children and grandchildren needs and woes, irrespective of their size and outlook. A head who knows that what the children coming from diverse background have a belief system entrenched in them since childhood which they cherish most. This FAITH (Fully Absorbed in Their Heart) is their very own inner personal belonging which they will treasure most. What they treasure most is their own symbol of love which they will not want another to destroy. A car whether it is a simple Proton owned by poor person or a luxurious Mercedes owned by a very rich person; both are but symbols that will be cherished and protected by them, respectively.

The same goes to a child who has been entrenched by a symbol of worship – wether it is a simple stone, a small temple, a big temple, a Church or a Masjid. This place of worship that they have FULLY ABSORBED IN THEIR HEART (FAITH) must be respected and protected by the siblings and parents of the family. 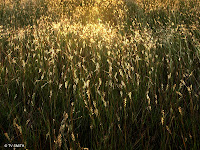 These basic rights and respect of the children of this nation from all walks of lives, color and creed must be upheld by the "parents appointed" by the children even though this parenthood maybe short lived for 5 years and not a lifetime. The duration is determined if the parent has a true loving vision (matalamat) for the children and not just for riches of the children (mata duitan).

At the end of the day, when the dust settles down, what our inner heart is longing for is a lap of a mother where we can rest our head in peace.

The Land of Oppurtunity or Land of the Free and the Home of the Brave did not live up to the rhetorics that it spew. They foresaken and oppressed the natives that willlingly share the bounty from their land to non existence. If that is not enough, the Red Indians are permanently branded as villains.

It is this similar fear that has shroud our nation. At times, the same fear reached paranoia that it numbed compassion to true human sufferings. Our common hope for the future need to surpass this insecurity from our tumultous segregated past.

This nation is already an oak with strong roots. It can grow further into a fine stronger oak, if no uprooting or growing of different new seeds depleting the nutrients in the soil. The "anak" must nurture this existing tree to grow bigger and stronger. To build that great future, the need to respect and strengthen already created commonality, and seek and create more commonality amongst us should supercede any other purpose, how noble it claims to be.