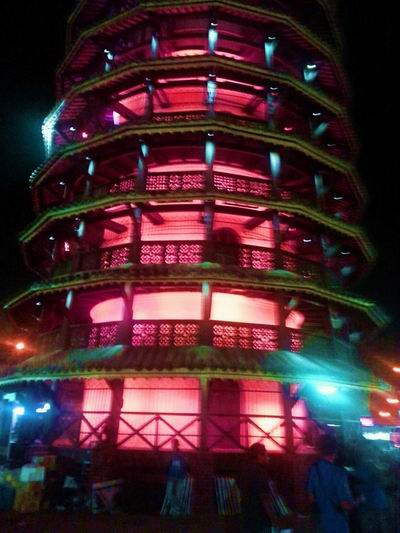 One source based in Telok Intan claimed the bookie had stopped giving that odds.

Well a more reliable source said bookie's are still willing to give that handicap for those believing in a DAP big win in Telok Intan. It is only lately that there had been no takers.


What happened was Penangites were snapping up the bets with the confidence of DAP can maintain or do better than the GE 13 majority of about 7,000. It is heightened further with the uncontested landslide win by Ramkarpal.

Obviously, these bettors hardly knew what have been percolating in DAP Telok Intan and Perak and change on the ground in Telok Intan politics.

Although BN is not sure to mean because UMNO have the habit of shooting their own feet at the last minute and Malay Gen-Y could turn the table around on BN's fixed deposit of Malay voters, a DAP landslide is still not for certain.

Expect a bloodbath among the bettors. We could see the first hudud chopping of fingers will be done in Penang on delinquent bettors.

These bettors are not aware that despite the hype made of Dyana Sofya's candidacy on the social media, the situation on the ground is far different.

Furthermore, Telok Intan is not the ground for a social media war. Not only Internet and 3G access is poor and limited, some areas could not be reached using handphone.

On several occasions, Lim Kit Siang and Dyana had to face a critical audience from the traditional Chinese voters of Telok Intan and only Kit Siang was present.

Then there is the factional rivalry between the Lims and the Ngeh Nga faction of Perak. The late Dr Seah belongs to the Lim faction and upon on his death, the wife had rejected a RM3,000 burial contribution from Perak DAP.

DAP warlord, Ngeh Koo Ham is in sync with local sentiment against giving away a Chinese seat to a Malay candidate which is a repeat of Kajang by-election.

DAP's controversial character, Hew Cheng Guan and Dr Seah's wife was heard to have planned to run but changed their mind.

The local business community had not been happy with the past two DAP MPs. There is a strong sentiment to bring back Dato Mah Siew Keong. They believed a win for Mah will mean the Gerakan president will be made full Minister.

As of yesterday, Dato Najib had confirmed that speculation. The condition is it must be a win. There will be no Senatorial backdoor.

The rest of the country including among UMNO thought twice lost Dato Mah is a lost cause. However, it was not the fault of Mah but two tsunamis against UMNO.

He had been a good MP and loved by all the communities in Telok Intan. The racial breakdown of 42% Chinese, 38% Malay and 19% is an interesting balance. It is the composition which does not favour BN these days.

The interesting part of Telok Intan would be the turnaround of Indian voters. Indian can be considered a kingmaker in this racial mix.

They had given their support to Hindraf's Manoharan at GE12. But, DAP Perak internal politics led to Manoharan being kicked to Johor.

The Indians are sore with Dr Seah for not fulfilling his promises to the Indians and gave the excuse that it is the responsibility of Dr Mah, thus they should pursue him. And, during Manoharan's GE12 campaign, he had not reimburse his campaign expenses advanced by his suporters.

As we see, the kingmakers of Telok Intan will be in favour of Dato Mah.

On the Malay side, it is a little bit tricky. Dyana's youth and look may be a superficial attraction to the Gen Y Malays. This is something DAP is experimenting to make inroads to Malay voters.

If successful, it proves the hypthesis that Gen Y Malays have no sentiment against past preconception of DAP. Given tiime, it means DAP can go alone to woe Malay voters, especially in urban areas as well as rural area.

They do not need the help of PAS anymore and would prefer PKR as partner since they are easier to control.

As for Dyana, DAP had done a professional work to promote her as a young lawyer, eloquence and intelligence and with a look. It was going viral till Dyana started to expectedly fumble as any newbie candidates at the press conferences.

The media unraveled Dyana lying of her claim as a lawyer because her name failed to appear on the Bar Council website. Her excuse to avoid the sensitive Tunku Aziz issue by claiming it was before her turned out to be a lie.

The final blow must be her lie on her mother's position as promoter committee member of Perkasa and Dyana's own involvement in lending her hand at several Perkasa's events.

The speculation on the ground runs from Dyana being a mole in DAP to probability of her jumping ship back to UMNO. Yammy Samat, her mother was an active UMNO member of Perak and held positions.

She used to flee to Semangat 46 and returned back to UMNO with Tengku Razaleigh. Her ties with the Ku Li faction remains till today.

More than meet the eyes

Personally, we know Yammy and Dyana since the days hanging out with the Ku Li group and Raja Petra late into the morning. Dyana used to tag along with her mother and timidly listening on our conversation and jokes of Pak Lah's administration.

From our personal profiling of Dyana, she is not what as she said but merely reading the script given by DAP. Someone from an UMNO family and with involvement in Perkasa cannot suddenly turned sympathetic to so-called discrimination against Chinese.

Her political career must be at the mother's behest and her entry into DAP is orchestrated. It could be part of a bigger plan still being hatch but still missing the East Malaysia puzzles.

DAP may have known of the possibility of some Chinese voters migrating to BN thus used Dyana to gain some ground from the Malay voters, especially the young ones. They took the gamble that the hudud issue will not matter.

However, as of yesterday, PAS machinery from several states had returned upon realising their presence is not appreciated by DAP. Rumours is spreading that despte showing open support for Dyana, Dato Hadi Awang is telling PAS supporters to not come out to vote.

In the land of poor Internet and telephony penetration, forget what the blogs and social media is talking. Read the ground.

Will it mean BN will win?

With perkasa factor spreading like wildfire and Dato Najib's confirmation, DAP's newly raised billboards and banners looks like their are in a panic mood and desperately getting outside voters to return. For only a free bus?

Win or lose, Dyana's presence serve an important reminder to BN. The blog have been advocating for fresh faces to be candidates for BN to reduce the attack on BN's perception baggage as a corrupt party.

The campaign workers had to dig deep to find dirt on Dyana and though some was found, it could not be used. That is the advantage of putting up new clean faces like Dyana.

Although it was a PR blunder on the part of the Advisors, PM is showing some signs of getting firm  in the sacking of Dato Ahmad Said episode. Hopefully he will be more serious and firm to clean the party.

As for tomorrow's polling, we are not ready to say BN will win.

BN's internal issues are too complex and anything can happen. There are stories of quarrels, sabotages, and complacencies. Even to determining slogans, design and colours of banners, slogan and pamphlets, it involved berpuluh kali changes.

A vote for Mah is a vote of supports for continuous rampant corruption, cronyism and extremism.

The choice is obvious.
EC

It's not over until the votes are counted!

Anyway, you must be confused about Manoharan. He wasn't kick to Johor as per your story but Manoharan was sent to take on MIC President Palanivel in Cameron Highlands seat in Pahang!

He nearly knocked out Palanivel short of only 462 votes. He would have been a giant-killer in GE13..
Haha.


re, someone from UMNO family and with involvement in PERKASA ,cannot suddenly turn sympathetic .

I think we had seen enough of this,as we all know nowadays UMNO members jut take up the labelled, "UMNO" far from understand the fight of UMNO itself .

Never could be thought that nowadays UMNO are smart enough to plant Dyana into DAP and move to brake DAP from insight.

DAP could be seen doing smart move ,by breaking up the Malay vote ,as theyare sure of Chinese vote, knowing very well Malay are always unhappy with non Malay representative,purpose by BN, as they always neglect Malay voters.

Dyana& DAP will make it,but what could be more to see how serious DAP wit it's multiracial outlooks ,would Dyana be making to DAP ,CEC ?.

Same reason as the above. To ensure Komuniti cina focus memilih Mah.

Let the LGBT gen rules d country.
Hey, then there will b no more racism or discrimination. All toilets will b UNI.

Congrats! Ur sharp observations close to outcome in Teluk Intan.

The corrupted UMNO won after spending hundreds of millions just to survive a bit longer. The day is coming soon that this dinosaur will be buried once and for all.