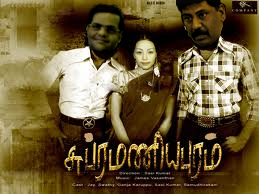 It started with Tun Dr Mahathir's acting out sympathy for a confessed murderer, Sirul.

That didn't catch on because there is no new story. As The Mole reported here, it needs new story to attract attention and keep a propaganda going till it etches into the public psyche.

Then came the Al Jazeera documentary with trumped up accusation of Abdul Razak Baginda as the murderer. Story shifted from Rosmah to Razak now.

A confirmed giver of bribe claimed to be the middleman between Dato Najib and Sirul. On a cheap Nokia-like handphone, it makes no sense for Najib to offer RM15 million to a convicted murderer whose more worried for his life than making lots of money. All this done on SMS?

Sirul, that came from a humble and kampong background, suddenly got a relative in Australia talking in Australian accent and with a name Frank. Laughable ...

However, it is not over. The wayang is far from over. There is a Tamil movie sequel version.

The Malay Mail Online reported the widow of private investigator, P. Balasubramaniam  (PI Bala) managed to get the Court of Appeal to reinstate her case to sue for her family's 5-year exile in India:


KUALA LUMPUR, Oct 2 — The Court of Appeal today reinstated a civil suit brought by the widow of private investigator P. Balasubramaniam, who is seeking compensation for losses faced by the family during their five-year exile in India.

The court allowed the appeal by A. Santamil Selvi after the respondent, Deepak Jaikishan, did not contest the matter, according to news portal The Malaysian Insider.

Justice Vernon Ong Lam Kiat, who chaired a three-member panel that heard the appeal, ordered the RM2 million suit to be sent back to the High Court where case management has been fixed for October 23.

Santamil's counsel, Americk Sidhu, told the news portal that the High Court will have to hold trial but only against Deepak.

Santamil filed her suit in July last year, seeking to expose the alleged roles of several individuals including Prime Minister Datuk Seri Najib Razak, his wife Datin Seri Rosmah Mansor and Deepak, among others, in her late husband's exile and that of their family.

Others named in the suit were Najib's brothers, Johari and Nazim, senior lawyer Cecil Abraham and his son Sunil, commissioner of oaths Zainal Abidin Muhayat and lawyer M. Arulampalam.

The suit also seeks to unearth why Balasubramaniam was forced to retract a sworn statement claiming of Najib's alleged involvement with murdered Mongolian Altantuya Shaariibuu.

Balasubramaniam's family are claiming that he was "under threat and inducement" to release a second statutory declaration, purportedly to clear Najib of any involvement in the sensational 2006 murder case.

The private investigator reportedly left Malaysia with his family after signing the second sworn statement in 2008. He died of a heart attack several weeks after they returned to the country.

Last December, High Court Judge Datuk Hasnah Mohamed Hashim allowed an application by the respondents to strike out the suit and the decision was upheld by the Court of Appeal in April this year.

Deepak, however, was not a respondent in Santamil's application to challenge the High Court's decision at the Court of Appeal.

The lawsuit against the other plaintiffs has stopped but it will only proceed against Deepak. With Deepak not being a respondent in the appeal, it can only be deduced that Deepak is working to lose the case.

He does not mind losing money as long as his side of the story to reveal on those various names be known in court.

The guy never give-up. Deepak had denied allegation of his involvement in convincing Deepak to do the second SD in 2011 below:


In November 2012, he changed his stance to regret:

His words in court will be as unreliable as PI Bala's changing court document. So he gets the wife of the late PI Bala to do the speaking.

Deepak was an opportunist [read FMT here] but undeserving to be assisted. When in trouble, he bit the hands that fed him [read our December 2012 posting here].

Since 2006 when all these surfaced, it was never believable. [Read July 2012 posting here.]

As GE 13 approaches, Deepak was part of opposition's political propaganda to finish off his extortion after his appearance at Najib and Rosmah's visit to a Batu Cave's Thaipusam festival to med ties failed [read Feb 2013 posting here].

He admitted in a hidden video on December 2012 to be working with Dato Seri Anwar Ibrahim to defame Najib and Rosmah:


There was also a tell all book called The Black Rose believed to be written by Deepak but was not distributed. He also made accusation of Najib having an affair with a Flora Ong in exchange for RM2 billion power contract.

It is no propaganda when it is known to be a propaganda.

Since it is obviously a planned propaganda, it is not credible. However, as Goebbels' MO puts it, the bigger the lie, the more it is believed. Outcome from a gullible and irrational public and Najib in a trust deficit situation will not make sense.

Anonymous said...
This comment has been removed by a blog administrator.
5:01 AM

Anonymous said...
This comment has been removed by a blog administrator.
5:42 AM

It was hard to believe about than 2.6 billion, then. Many ministers said it was logical to transfer money into PM's personal account. Ahmad Maslan said PM must be stupid to do that. Well, the rest is history.

These days, if someone said that the PM made deals through Nokia phone, people will just be inclined to believe. You what they said about history has a nasty habit of repeating itself?

People only believe with the court should it come out in their favour. We accepted KT's judgement but it does not change the fact that it is all suspicious especially on the charges based on technicality.

AT the final analysis and the way spinning is going, even the court get influenced and especially when judges can't grasp the fact.

Only god knows the truth.

P/S intereting how someone react. So don't go bad mouthing around. People do know what is going on too. Stick to stories and facts. Enough stupid propaganda especially when you are not deep enough.

It is also interesting to see najib's reaction, don't you think.

I believed in Anwar's sodomy trial judgement. So why shouldnt i believe in this Deepak judgement should there be a trial. So dont pre-judgemental anyone's take on court judgement in general dude.