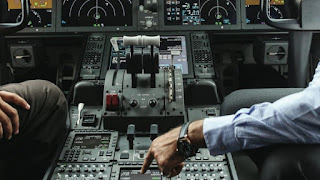 The News Straits Times reported the pilot was praised for his ability to anticipate:

KUALA LUMPUR: A Malaysian Airlines (MAS) pilot on a Kuala-Lumpur-bound flight from Auckland was praised for being vigilant after he queried New Zealand air traffic controllers for directing his plane on a track towards Melbourne.

The New Zealand Herald reported that the Airbus A330, departed from Auckland on Christmas Day, and was said to have been directed further south than usual for a flight to Kuala Lumpur.

Airways, the body that manages New Zealand airspace, said it was investigating the incident.

It said the pilot queried air traffic controllers eight minutes into flight why the plane did not take a more direct route to Kuala Lumpur.

Airways said the pilot was informed that flight plan was submitted by MAS, and he then proceeded on his flight.

The agency confirmed that it was investigating the matter, and that passengers were not in any danger.

A New Zealand aviation commentator, Peter Clark said the pilot did a very good job for noticing the difference in flight plan.

“The pilot has done a very good job by noticing it, querying it and not just blindly flying off and ending up in the Southern Ocean,” he said adding that he hoped that Malaysia Airlines would ask for an explanation and investigate the matter.

Clark said flight on the route would normally travel around the bottom of Australia to avoid bad weather or head-winds.

Meanwhile, WeatherWatch head analyst Philip Duncan said he flew out of Auckland this week said the weather between New Zealand and Kuala Lumpur was “fairly calm”, however added that thunderstorms across northern Australia and Papua New Guinea may have influenced Malaysia Airlines' preferred route.

To expand on Duncan's comment, one posting in an Australian website, Crikey wrote MH132 did not fly the wrong way for 8 minutes. Extract below: 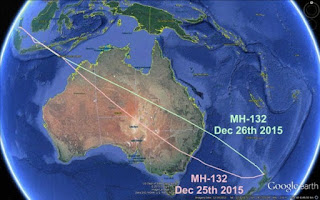 The diagram on top of page from Aviation Herald and its report on this incident is the key to understanding what happened, and makes the media reports that continued to be posted in their original, inaccurate, and frankly ridiculous forms on the internet an embarrassment to those that care about accurate journalism.

What we know is that because of adverse forecast headwinds forecast for cruising altitudes over the tropical north of Australia flight planning at Malaysia Airlines chose to use an often used but more southerly track across the great southern land to get to KL.

There seems to have been an earlier flight plan using the more frequently used northerly route.

On departure from Auckland MH132 was given instructions by the tower to take them away from the normal traffic that it has to manage for multiple arrivals and departures prior to picking up its filed flight plan.  Such instructions by busy airport towers are about getting a flight away from an airport, influenced not just by traffic but the prevailing winds on the airfield and the runway being used.

Eight minutes seems like a perfectly reasonable period of time in which to achieve this, whereupon the pilots of MH132 were clearly surprised by being given a heading which wasn’t what they expected from their filed flight plan.

What is unclear is whether or not the pilots had studied the latest and correct plan, or an outdated plan. The Aviation Herald report infers that they had expected to fly the northerly route, while the tower directed them on a heading consistent with the newer more southerly route, which was then flown to KL once that confusion was resolved.

The NST report could be MAS's attempt for a mini damage control. By the analysis above, the damage control was unnecessary if the New Zealand's airport authority had not been an alarmist. Air safety should not be made into a media circus.

Nevertheless, the pilot's inquisitiveness was still commendable. Too bad MAS will be losing many of it's trained pilots. Though Kosmo report of 250 777 pilots would lose their job following the end of flights to Paris and Amsterdam is not true, there is a cutdown.

Malaysia Digest reported they are given "career options which include voluntary secondment to other airlines in Asia or the Middle East, voluntary no pay long term leave to pursue other careers, or to remain in Malaysia Airlines and await possible long term vacancies in other aircraft types."