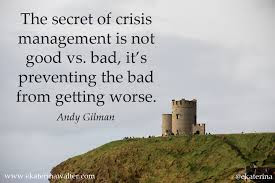 Anyone heard of a market saying: Bullish at the top, Bearish at bottom? That is the typical herd mentality market psychology that happens all the time.

Everyone is worried about the economy these days.

There is graduate unemployment. If that is not bad enough, Harian Metro made a sensational but ridiculous story of University students having no money to buy food.

Yes we concur with Khairy.

Oil has drop to the USD30 per barrel level.

Petronas, that was in the red at negative RM556 million for third quarter compared to RM12.4 billion a year earlier, are more pessimistic. With cash reserve of RM88 billion, Petronas expect to face two to three more tough years. [Read Bloomberg in The Star here]

Since negative news is the fad, the media only worsen further the sentiment with more. Singapore's ST reported: US$20 oil no longer mirage as crude sinks below US$30. Such pessimism favours Singapore's refinery.

No wonder response to stories on politics and conspiracy does not attract much attention. Everyone is worried. Not only is it an economic issue, the highly volatile situation could translate into security.

One keen follower of foreign affair and military told us yesterday that the US is stockpiling on the crashing oil to prepare for war. Whether it is the Middle East or South China Sea, it was them that brought oil by triggering cut loss on shale oil.

It was reported that Moody downgraded Malaysia's rating from positive to stable. Though this blog is sceptical of rating agencies, policymaker require such rating for policy decision. It has an impact on the country's availability and cost of credit.

With all this bad news, what should a government do? 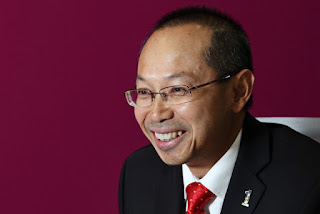 Minister in charge of EPU, Dato Abdul Wahid Omar replied that it is not a downgrade. Quoting from The Star below, he said:

“It’s not a downgrade. The rating remains at A3.

“I think it’s more of the revision in outlook from positive to stable and that’s to take into account the slowing growth in China and the continuate drop in the commodity prices and in particular, the oil prices.”

Of all person, ex-banker Wahid should be familiar in reading into rating agency reports. However, social media are passing comment that he is not working but just defending the government.

It may have been compounded by earlier statement by Wahid on TPPA to reply presentation made at a recent TPPA conference.

There was the opportunity to hear the other side of the story but they refused. It gives the impression the organiser are in a "millitant" mode and have no interest for discussion but only to propagate their point of view.

Anyway the two sides to the story can be read here verbatim without any rephrasing.

Just before the year end, Wahid also made some defensive statement with regard to the current bout of decline in ringgit. Maybe there is quite substantive facts presented but the newspaper gave a usual cliquish headline, Malaysia sedia depani krisis.

It did not pick up the essence of his statement. Sedia or not, Malaysia will be facing a crisis. It's really old school style of headline. The response from sceptics will easily be it was 4.00 then, but it is 4.38 to the dollar this morning.

If that is the expected response from the public, we doubt public will swallow blogger Captain Seademon's revelation yesterday of an encouraging news from Bloomberg. 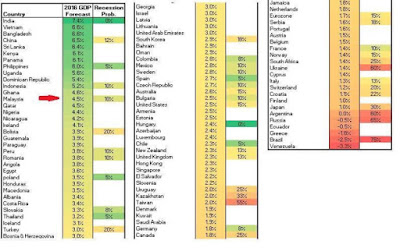 
Despite oil prices dropping 75% from USD110 to around USD30 per barrel, Malaysia is still not going bankrupt or any nearer to becoming a failed state at all.

Or maybe Bloomberg (which was correct in its prediction for Malaysia’s 2015 GDP growth) is a crony too.

Staying cool
Having undergone many market crashes and few boom and bust economic cycles, these are ever so familiar reactions of economy moving on a down cycle and market crashing on successive pessimistic news.

From our past experience as trader in currency, money, stock, bond and whatever market involved and fund manager, we learned something. And it is something useful in life.

Never decide when one is too happy or too sad, too confident or pessimistic, and too worry (even panic) or too cool. Make the important decision when one is calm and rational.

When it comes to dealing with those volatile characters, not to entertain them in the midst of their volatility or tantrum. For those beyond redemption, cut them off and move on. Other than family and true friends, no one is indispensible. 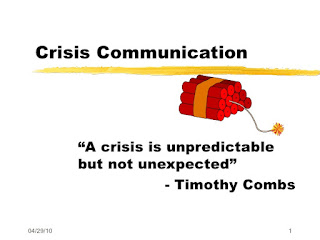 That is as far as decision making but to Wahid, he has to provide comfort to the public. He need to avoid panic that will only worsen the delicate level of confidence if there is any left.

The way to do is communicate.

It reminded us of the pointers given by the Ukranian corporate comm lady at a conference held by Wanita UMNO.  She was involved in handling the MH17 crisis in Kiev as her government was accused of shooting down the plane.

In a crisis situation, she said truth does not matter, stories do. Truth is never simple (as Wahid tried to do) but the simpler stories wins. So develop a story and stick to it. Persistently generate newscycle.

Furthermore, she said a crisis can be an opportunity. To make it beneficial, it needs a track record. The pre-crisis track record and PR matters because crisis is not time to do PR, make friends and build network.

For us in Malaysia, crisis is usually tougher to deal with due to a certain strange local phenomenon. Rockybru pointed out in his posting blog here that some Malaysians have a sadistic habit to "rub their hands in glee over the slightest "negative" news they hear on their own country."

Rocky was responding to allegations by the Rafizi we often described as a perpetual liar. He said downgrade is good and lied about federal collected tax from Pahang bauxite mining. Must say he is creative but just will never believe him immediately.
at 1/13/2016 11:43:00 AM

i have been telling you about 6 months ago. Najib has completely lost the trust of BIG majority of Malaysian. Once a leader lost the trust of the people, no amount of explanation (simple, the truth, or the simple truth) is ever enough to get the people listen to him. How can he lead?