Over Friday sermon last Friday, the Imam reminded the congregation of the Maulidur Rasul celebration on Monday today.

It is the celebration of the birth of Prophet Muhammad s.a.w. on the 17th day of the month of Rabiul Awwal in the year of the Elephant 570 AD.

He received revelation in 610 AD. And made hijrah or migration to Medina in 622 AD, the commencement of the Hijrah Muslim calender. More in this biography here.

The Imam went at length about loving the Prophet in his sermon. The person next to us was reacting with controlled ecstacy to the many words of the Imam.

It was not a sermon delivered with such depth.

And it is not the first time we have heard such words. Maybe hundreds in this lifetime. To each his own spiritual journey. The person was experiencing his own awakening.

Though leaving him by himself, it got us to ponder and think. Love of God was something that took us a while to appreciate and understand.

And now to appreciate the meaning behind the love for the Prophet. It would be more meaningful to explore on the celebration of his birth this year.


Last week after the UMNO General Assembly on Saturday, we were forced to take a break thus no review.

It only happen to coincide with school holiday. From Friday till checkout time Saturday, we had ample free time to give some thought. Though it may not be the answer ....

In the sermon, the Imam reminded the congregation the pracctice to recite the Selawat blessing for the Prophet.

One short Selawat is "Allahumma salli ‘ala Muhammadin wa aali Muhammad" (O Allah, send blessings upon Muhammad and the family of Muhammad).

Among others, the Imam suggested to recite 1,000 Selawat a day.

These are the sort of questions the rationalist among us will be asking and seldom the generic answers from Imam and teachers were able to address their curiosity.

As for the 1,000 Selawat, it is easy to lose focus as one got lost in the counting. Not to mention, it can get tiresome and sleepy. So the rationalist may need other form of approach to heighten their love for the Prophet.

The sufi or tariqah rituals could run in the tens of thousands. The wali or saint do it in perpetuity.

All is not lost. There are other ways to practise the Selawat ritual [read here].

It is helpful to understand the meaning in order to achieve the spiritual state or some claim as psychological method to embody the feeling of love for the Prophet. 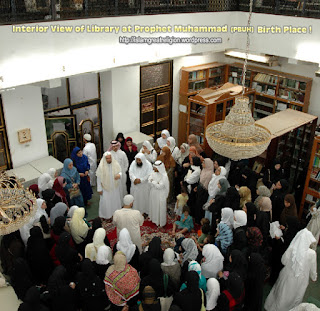 The second way the Imam suggested was to learn more of the person, his history or sirah Nabi, emulate his character and adab, and practise the message of God in the words of the Quran and elaboration through the Hadith.

In the respect or admiration of political leaders, many reach the point of loving to believe everything said, agree and abide to everything told, defend to the hilt without doubt or question, and perpetuate the ideas and thinking.

They could come by the tens of thousands or if not, millions to hear the leader deliver their speech or merely to attend any event. They become sad and cry of mishap or anything untowards happening to the leader and any of his or her family member.

The ultra fanatics or mahataksub go to the extend of covering their leader's wrongdoings or inconsistencies in their stand between the present and past or conflicts between deeds and words.

The love for the Prophet is different. Muhammad is not perfection but his is "The embodiment of perfection", as the title of NST column by the Turkish scholar, Harun Yahya yesterday.

Not unlike the shortcomings of political leaders, more so if they have been around more than half a century, Muhammad is flawless in character and deeds thus incomparable to present day human.

But have we Muslims generally been giving him as much adoration as to the leaders? With adoration, come love.

To celebrate Muhammad, Muslims should abide by the propagated message of Allah as part of our aqeedah (belief) or Iman which include our belief in Muhammad.

Believing in the teachings of Muhammad is synonymous with following the message and commend of Allah.

That alone makes it inconceivable that there are Muslims disbelieving the words of Muhammad and make unlearned dispute of Hadith. Its blasphemous!

Without spiritual guidance of knowledge and practise, they question through sheer logic to dispute the words of the learned blessed with the epistemology of knowledge.

It is through Muhammad that the practises of Islam to recite the syahadah (oath of faith), pray, fast, pay alm, and perform haj are introduced.

Finally, Muhammad asked upon Muslim to seek Ihsan. It is the spiritual embodiment to translate and apply the values and universalities of Islam in our everyday deeds and actions.

It is the very reason we could not accept the pragmatism of politics to allow different hats or serban for different situation. Islam has to transcend into every aspect of our lives including politics.

The minimal thing Muslims must do is to understand, appretiate and emulate the attributes of Muhammad.

The example of Muhammad character of siddeq (truth), and amanah (honest) lies in the nicname Al Amin (trustworthy) bestowed by his tribe as a young adult.

Whatever the circumstances or higher purpose, one should remain truthful and not lie, remain honest or reliable and never be the traitor or commit act of treason.

Muslims must be emulate Muhammad's fathanah (wisdom) to be clever or smart in the pursuit to achieve wisdom.

The wisdom of the Prophet is not to compromise to lies or deception but to remain honest steadfast to Allah's message and command. 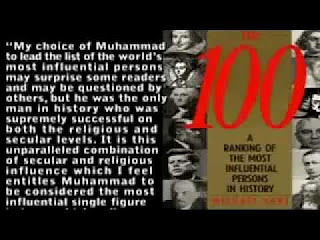 One should be in awe with the achievements of this illiterate orphan from Makkah that took up God's command to tabligh or teach and propagate the message of Allah to the world and be the fine example to humanity.

Yet how many of us could achieve our worldly pursuit for wealth or position or other world trappings, be it for self or family, without the compromise of greater good?

That alone should make us in awe of the man dubbed by the Jewish American astrophysicist, Michael H. Hart in his 1978 book, "The 100: A Ranking of the Most Influential Persons in History" as the most influential person in history.

It is certainly denigrating the messenger of Allah be used in political exchanges to dismiss someone as not a Prophet because of certain allegations.

It is equivalent to an insult in the past on the subject of shaving. No one today can be Prophet. And, why even remotely associate him with any impropriety.

Far from adoration for the person, it is disrespectful to the man that showed us to enlightenment. More so, it is an insult meant to be laughed at by non believers.

On this day of his birth, our Salawat ... 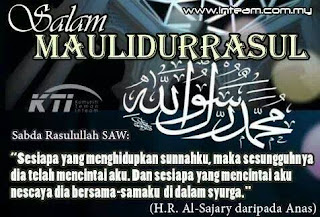