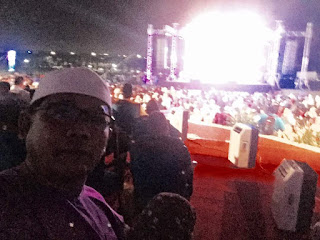 It was in Pasir Gudang in 2015 that he was challenged at a Saturday UMNO-linked NGO ceramah to show-up at the Bersih rally gathering in Kuala Lumpur.

To the surprise of his officer, he did appeared upon touchdown at Subang in his private jet that late afternoon and the next day Sunday. That ended any remaining affection yours truly had left for Mahathir after more than 12-year involvement.

Since end of 2014, he and his inner circle had been behaving suspiciously; an officer suspected of regularly meeting Xavier Justo in Thailand and Mahathir secretly met Dato Seri Azmin Ali in London.

They thought it did not go unnoticed.

Nevertheless, the number of 3,000 that subsequently increase to 4,000 upon arrival of Mahathir could make any armchair supporters ecstatic.

Opposition supporters were psyched into thinking Johor could fall and UMNO’s white area is only 8. Atually, it is the converse. Identified black area for BN is 7 or 8, including 50:50 Indian-seat Segamat.

DAP gave up after failing in all their three Tanjung projects before the unexpected Chinese tsunami of 2008. Can they do on Johor by their 2nd attempt?

By the way, the above picture is a concert at Bukit Layang-Layang, Pasir Gudang last night. The political rally is below in the smaller area of Bukit Dahlia but achieved the pack-looking image. 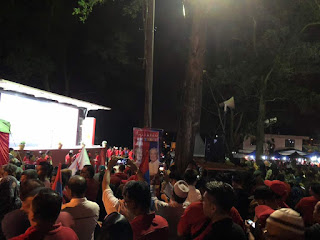 Been there and done that, all political rallies are politik wayang.

It is only indicative of support. Anwar’s huge reformasi crowd did not brought down Mahathir. Civil liberty still delivered Pak Lah and Dato Seri Najib victories.

Winning or losing seats lies in managing the campaign to achieve numbers. Macro-analysis based entirely on issues and media are mere “dog with different fleas” ( to quote Gordon Gecko in the movie Wall Street). 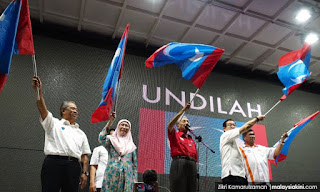 Last night’s rally could be considered important to PH. After the blow of PPBM suspension,  thus not qualified to run for the election, what was heard for couple of months to happen was announced last night.

Much to the chagrin of Dato Mukhriz, claimed an inside source in Kedah, Mahathir announced PPBM together with DAP and Amanah will run under a single PKR logo.

The move could be seen as Reformasi and Mahathirites compromising their dignity or letting bygone be bygone.

Sources from PPBM dissidents claimed the latter is unlikely. In fact, the logo pose major operational, financial and inter-party problems at ground level.

PKR party members been holding back their disgust with the arrogant attitude of PPBM members and the pentaksub. As one cabang commitee member expressed, "Wait till they get deregistered... "

The suspension was long expected. If yours truly was aware since middle of last year, PPBM should be well aware. That was the reason members left the party by the thousands and 400 complaints filed against the illegally held Annual General Meeting.

Actually, it is to DAP’s advantage to camouflage the DAP presence and hope to pull Malay votes to DAP candidates. Ironicaly, rocket logo will still be used for Sabah and Sarawak. 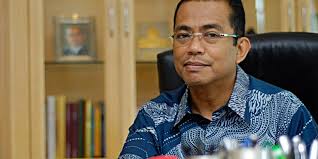 Nevertheless, PH cleverly used Pasir Gudang to launch their campaign for Johor. Many big names from DAP, PKR and Amanah are set to run in Johor. [Read Joceline Tan: It’s an all-out challenge in Johor].

The political home base of Menteri Besar Dato Khaled Nordin is Pasir Gudang and his state constituency is Permas.

The MP is Dato Normala Saad, and the other state assemblyman is Johor Jaya’s Liao Cai Tung from DAP. She worked hard, from once considered pretty looking but now more “matured.”

Since returning to Johor, Khaled have been focusing on addressing the color rating of white-grey from turning black.

Pasir Gudang could be considered grey and hotspot for the anti Najib wave. Some sensitive pro-Najib supporters have been sceptical of Khaled and believed him as anti-Najib. However, it could be him stemming the groundswell.

While Khaled successfully saved the situation, he may have angered voters by putting the same voter-rejected MCA candidate, Tan Cher Puck for Johor Jaya who lost during GE13.

Khaled is widely believed to run for both Pasir Gudang parliament and Permas state assembly seat. PKR is testing the ground to consider Tian Chua for parliament. The reason there was a big PKR crowd brought in from outside.

Another analysis on Pasir Gudang by Sabahan Phillip Golingai here.

PAS will be a possible spoiler to UMNO since they could split the Malay votes in Pasir Gudang and many other areas in Johor.

So, PAS is not working together with BN. They arejust not practising animosity politics of PH. 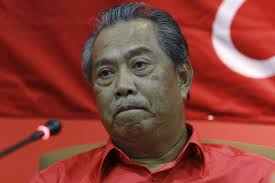 Khaled possible political hedging could be due to rumour the next MB for Johor could be the former State Secretary, Dato Ismail Karim who could be running in Kota Tinggi.

Next MB is not likely to be him. It could be merely a red herring or since Dato Dr Rais Hussein is promoting Muhyiddin’s commitment to PPBM in this You Tube here, it could be a red snapper.

Joceline wrote The palace factor in Johor politics. Many reasons to speculate Sultan do not see Muhyiddin’s past in JB and his association with Mahathir favourably. 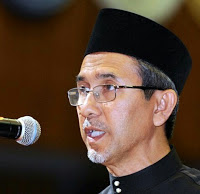 Contrary to other analyses, it is a matter of dignity for Muhyiddin to return and run in Pagoh.

Dare bet our monthly salary against other’s monthly salary that he will lose. He has almost zero machinery left. His fall from grace was the opportunity for the boys (now elderly) of the late Tan Sri Osman Saat to get even. 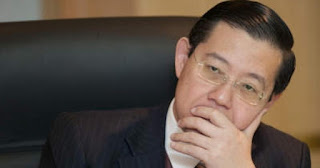 It is likely to be more than the FMT report here of a move to kill-off Dr Boo Cheng Hau. Simply, because Lim Kit Siang already did it.

While most felt it is a similar strategic move by DAP to go for the kill on MCA and Gerakan, like Nga Kor Meng running against Gerakan President, Dato Mah Siew Kong in Telok Intan, it could be more along the untold reason Tony Pua is sent to run against Dato Liow in Bentong.

And, Hannah Yeoh acting strangely lately and returning back to the true Christian teaching on corruption.

The assemblyman for Bagan is not only nervous about debating Wee Ka Siong at his home turf but also questions against him within the party, though still not loud. If Lim Kit Siang gone, so does the son. At one time, health reason was heard to not allow him run for this GE.

Maybe he should and looking forward for the supposed candidate for last GE, Jason Teoh run against him in Gelang Patah. Most unlikely he dare to take on Tan Sri Shahrir Samad in Johor Baru.

DAP will be sending a bevy of celebrity names to run in Johor, but it will be in Chinese majority area. Running under PKR logo may not change much. The other parties will be tasked to face UMNO.

PPBM did not attract major names and members from among UMNO in Johor. They could make an impact elsewhere but not significant in Johor. Muhyiddin pun belum tahu lepas ...

Johor is not PAN and PKR territory though they could retain Batu Pahat should Dato Dr Puad Zarkashi insist on running claimed political pundits. Nurul Izzah is rumoured to replace Idris Jauzi as candidate but it is most unlikely.

THere is no more perceived conflict between Sultan and Crown Prince. And the dumb DAP had to make a stupid response: