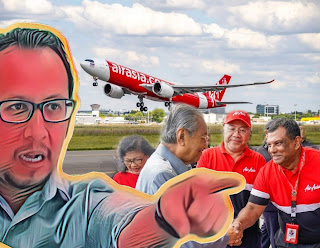 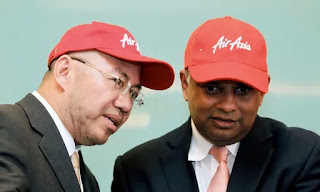 It is somewhere on Facebook, but need to know who he is. Din Meranun's friend goes around by the nicname Mo too.

It raises questions as to why PM's Economic Adviser hated AirAsia, whose friendly with Tun Dr Mahathir.

Before GE14, Tony praised Dato Najib to the hilt and even painted blue the plane Najib flew from Kota Kinabalu to Kuala Lumpur. It would have made any PM Department Officer, whose paid to be protective of the boss, would naturally be suspicious and paranoid of Tony and Kamaruddin.

More so, Kamaruddin is more committed in his allegiance to Mahathir. Through AirAsia X Chairperson, Tan Sri Rafidah Aziz, words is he is close to Mahathir and identified as the man to carry his mission.

By the way, it is believed Rafidah coached Mahathir with the offset excuse. 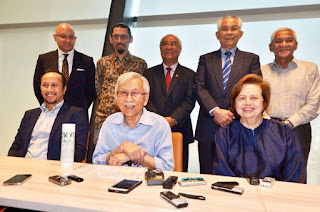 Though serving the PM, Dr Mo is Tun Daim's brother-in-law. His sister, Naemah is Daim's fourth.

Dr Mo is visibly seen as having active presence in the Council of Emminent Persons chaired by Daim and is doing the listening for him on the National Economic Action Council.

And, he seemed to be playing the role of  "enforcer" to fire and replace CEOs of GLCs under the purview of CEP with his friends.

It is under the jurisdiction of the Minister of Economics Affair, but Dr Mo seemed to be the person in charge. Simply put, Dato Azmin Ali is a mere Daim's puppet and it it Dr Mo that is calling the shot. 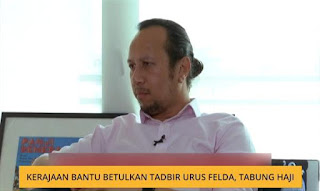 It is an open secret that Dr Mo harassed the CEOs with weekly calls to request updates and gave out instructions that former Felda Chairman, Tan Sri Zaharuddin could not stand this young punk with no corporate experience telling him what to do.

The one possible reason Dr Mo hated AirAsia is that he could not stand Kamaruddin bypassing him to go straight to PM.

Not only gatekeeper like Dr Mo could not stand that, even son Tan Sri Mokhzani is wary of those going straight to his father. Despite of the same batch, but at different MRSM campus, Mokhzani could not quite get along with Kamaruddin.

Mokhzani and Dr Mo happenned to be in good term. Nevertheless, it is beneath Mokhzani to be his father's gatekeeper. More likely, he could be slighted for not able to broker aircraft engines so they say or not being acknowledged for his role in motorsports.

His son maybe treated badly, but Mahathir showed keen interest with Caterham to attend their first appearance at the Singapore Grand Prix.

Initially, the team wanted Proton participation and use Lotus name but it did not fell through. They were using Ferrari engine. Tony adopted the name of his alma mater, Caterham College.


Dr Mo's role in GLCs may contributed to his disgust of AirAsia.

Many years ago, AirAsia planned to build their own airport in partnership with Sime Darby in Labu. There was a big campaign against Tony by bloggers that Sime eventually pulled out.

Under the CEO of Dato Badlisyam Ghazali, Malaysia Airport Berhad announced plan to build KLIA3 in five years time before GE14. Business is good for KLIA then and it is a surprise the new PH government plan to sell it off, heard to be Gatwick Airport.

Naturally after GE, everything Najib administration did were bad and public is psyched into thinking MAHB was not running well to justify the sale. 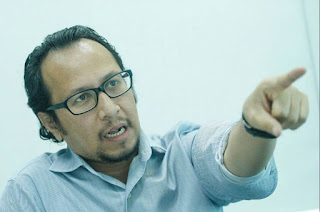 CEP's approval means Dr Mo will call the shot. Not so much Daim could wet his beak, but he could be involved in determining what, who, where, when and how the new airport is done. Another CEO to be client of his personal call centre.

If it is in Labu, the land will come from Sime Darby. That could be why Tan Sri Zeti is Chairman of Sime Properties, and Dato Amrin Awaluddin removed to be CEO of LTAT but former PNB CEO be Sime Darby Chairman.

It could be Dr Mo's chance to rub his hands. Market gossip is he has plans to migrate and move his young family to Australia. Has he not feathered his nest yet?

Already talk is thrive within certain circle of PPBM that Mahathir has distanced himself from Dr Mo, and Daim is angry with his memandai (taking upon himself) without consultation prior to making decisions and taking actions.

In a matter of months, he could be on his way out.

It depends on how the power transition works out. And, it could be the reason Daim and earlier Dato Kadir Jasin openly expressed opposition against the "Pakatan Nasional" move.

There is a possibility that Tony and Kamaruddin are dealing direct with Mahathir and the opportunity on the Labu KLIA3 airport bypassed Dr Mo.

That would have angered any ambitous young man. 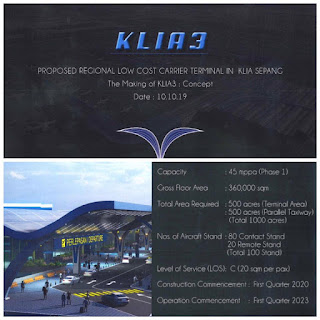 Dato Lokman Noor Adam recently revealed plan of KLIA3 for Sepang is on and it is not Labu. [The link to the full pdf plan is available here.]

It would have been dangerous and hazardous to build at Labu, too near by 30 km from Sepang. A possible conflict between to control air traffic with two nearby air traffic control towers.

And, it will be developed as joint venture with a private company. Rumour is strong that the Mahathir man, who helped organised the Kongres Maruah Melayu, Dato Yahya Jalil will get the contract.

Does it compromised Dr Mo's ideal or ambition?

'Advocate for the poor'? 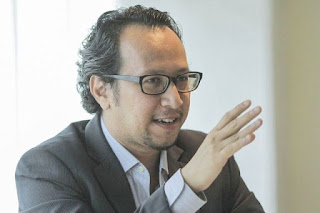 Dr Mo's development of his resume undeniably proves he is ambitous.

In the past, the Economic Adviser to the PM was no big deal of a position. There was no pomp and pagentry to it. Not in the case of Dr Mo as all papers gave wide coverage to his appointment with the same rave review. Obviously, it was scripted and came from him.

There is a possibility the editors feared him. Prior to the appointment and after PH victory, talk among newsmen was he was calling chief editors and telling them what to do. He was said to call on them and personally berated them for hours for not giving his views the coverage he felt it deserve. 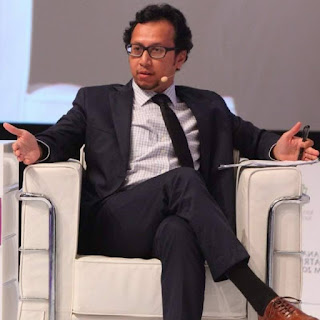 Essentially, the "economist" was conversant in public relation to do so for the new government on economics and policy matters. It turned out somewhere online that his doctoral degree from a French University is on public relation and not economics.

Multidiscipline is a bonus, but why Dr Mo not tell the real truth on his qualifications? 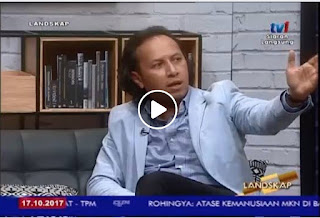 His first degree was in Finance from a US University. Media reported his Masters degree was in economics, but his peers at University Malaya claimed he was doing Developmental Studies. So happen Daim got his doctorate from UM too.

And, reliable sources revealed he may have been asked to leave from a research position for publishing and aggresively promoting a study not cleared by his boss due to insufficient sample size. Maybe that is why he is bitter with a certain GLC.

Come to think of it, Dr Mo could be even bitter with his own shadow for overtaking when the sun is behind his back. He is a highly opinionated, oftenly presumptous in his facts and problem statement, and does not take kindly being corrected. 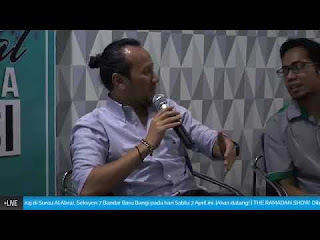 However, he appeals to his audience for speaking in Penang Malay simpleton accent and said the things they love to hear.

Daim's clout certainly helped his rise again after creating the image, which Dr Terence Gomez described as 'advocate of the poor', and can be expected upon to keep an eye on Mahathir. Terence respected him as having the 'utmost integrity'.

Probably, he hated AirAsia for being a capitalist and abused the common folks. 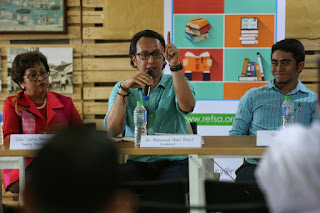 The test of the pudding is in the taste and for Dr Mo, by not migrating to Australia.

With his focus on the corporate sector - hiring, firing CEO, corporate strategy and business policy, it is certainly puzzling for the young blogger to claim him as truly "pakar ekonomi berjiwa rakyat". 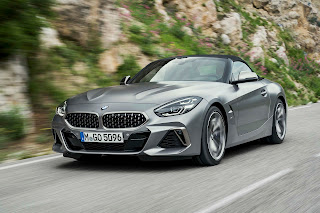 More so, it is hypocritical to profess to French socialistic and egalitarian ideals but drives to work in a two-seater BMW roadster sports car.

With rakyat under tremendous living condition and economic pressure from the disruptive policies, abrupt reforms and severed international relations, Dr Mo have stopped talking about the predicament of the Malays and Bumiputera.

In fact, his hands can be found dismantling MARA, FELDA and Malay institutions, but keeping quiet on Daim reviewing subsidiaries  to lay his hands on. 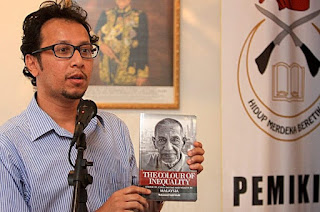 This was only expected. Prior to GE14, he would talk to different sides of the political divides and putting up different faces.

His "one research sensation" book talked of discrimination on Malay, but in an interview with DAP's Rocket, he became defensive and spoke of inequality within the race.


“This inequality within each community is missing from the debate, which I think is very very important. Because while disparity is seen within the different ethnic groups, more importantly it exists within each group.

He dare not stood his ground to the Chinese and pally pally to appease his audience. Typical of Malay Penangites?

Science Po is good in humanities and social science but not in economic. Paris Dauphine or Sorbonne is much better economic school in France.

I have seen him on youtube.i think he means well and try to make malaysia a place of pride for all.

This Mo fuckerer could be having mamak blood, otherwise how could he be so churlish and foolish. Someone should kick him into the sea, off Gurney Drive.

We malaysians are gone.poor malaysians we dont actually have an honest n sincere leader.what are we going to do?no one cares about the poor rakyat.no one is sincere.what a pity??

When things are done without a GOOD HEART things can get off tracked and the issues are not improved . The essence of " greed " when gone off its limits can be termed as unethical . Teamwork with a GOOD HEART will be be etopia .