On Tuesday July 21st, 2020, former Chairman of Lembaga Tabung Haji (TH), and MP for Baling, Dato Seri Azeez Rahim got his day in Parliament to spill out and answer the two years of accusation towards him by Pakatan Harapan on TH.

According to viraled poster, the Mufti of Perlis passed a slanderous comment against Azeez following police report made at the end of 2018.

Parit Buntar MP, Dr Mujahid denied Azeez the chance to pose a question, when he had the floor. Mujahid  repeated Kulim Bandar Baharu MP, Dato Saifuddin Nasution who earlier spoke the same point on liability level below asset and riding on the name of PWC.

Both were given leeway by Port Dickson MP, Dato Seri Anwar Ibrahim, who was rhetorical and lack specifics to debate on TH. They were reiterating past debunked arguments to divert the long list of shortcomings and infringements done today by PH administered TH.

This blog sensed the concerted effort to dismantle TH from its January 2017 posting against Rafizi Ramli. The anticipated ill intentions on TH as mentioned by this FB here have come to being and no more to be denied. By December 2018, the focus is on the Architect of the destruction, Dato Zaiton Hassan.

The time of 20 minutes was insufficient for Azeez to finish delivering his prepared speech. He was interjected by Langkawi MP, Tun Dr Mahathir Mohamed, and tactically interupted by Simpang Renggam MP, Dr Maszlee Malek. 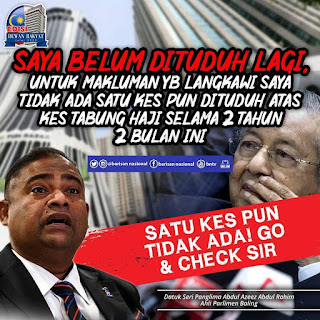 Despite having to brush aside Maszlee's attempt, Azeez managed to raise issues on the unaudited, but announced hibah for TH's 2018 and 2019 accounts.

He touched on the SPV Urusharta Jemaah Sdn Bhd (UJSB), underpriced sales of assets done in a hurry, and demanded on PN government to call for a Royal Commission on Inquery (RCI).

He followed up to elaborate further his Parliament speech on UMNO Online here in a 1 hour 14 minute interview: 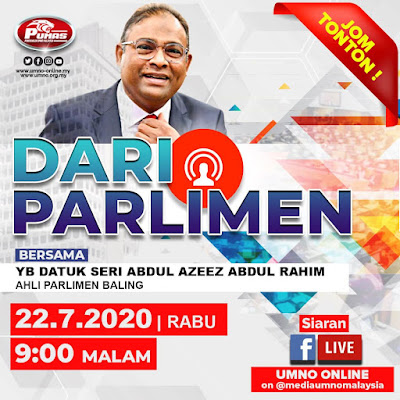 Azeez touched quite a few of the points in our posting here to call for the sacking of the Boards of Directors. For manipulating account and announcing illegal hibah, the law require them to be sacked!

There are still issues not touched yet. He is planning to do a nationwide roadshow.

As of Parliament today, Mahathir still struggling to get the attention to be heard where he requested to report to police and await court decision.


Did he and Mukhriz refused to wait for court judgement and accused Najib Najib Najib... as guilty at PPBM Blackout event and Parliament?

Tabung Haji became a hot topic of discussion in the current Parliament proceeding. It overshadowed the pre-Parliament attention on the change of Speaker and Vote of No Confidence.

The first salvo towards PH on the TH issue was initially done by Pontian MP, Dato Ahmad Maslan in his speech to appreciate  the Agong's speech:


Ahmad Maslan highlighted the weakness of the UJSB as the SPV:


And, despite attempt to disrupt elaboration of the UJSB and sales of TH Plantation, Ahmad Maslan bulldozed through and called for an RCI to be formed.

The tampering and manipulating on the accounting policies and cover-up for declining investment on the stock market served the purpose of Zaiton and her band of so-called professionally qualified accountants for 2017 accounts.

It had messed up the TH accounts that it failed the get 2018 and 2019 accounts approved by Audit Department making hibah announced actually illegal.

Members of the Board and management should be charged! 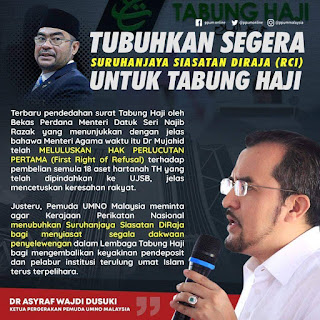 As opposition then, BN had demanded for an RCI including requesting losses due to TH Heavy Engineering, sales of the disputed Indonesian plantation investment, etc be exposed to the public.

But to no avail.

The first to reiterate the call for RCI was Dato Dr Asyraf Wajidi. He started a series of video to explain the current TH issues:

Mujahid sold off TH asset done through UJSB but tried to deceive the public as though it was not sold but transfered. 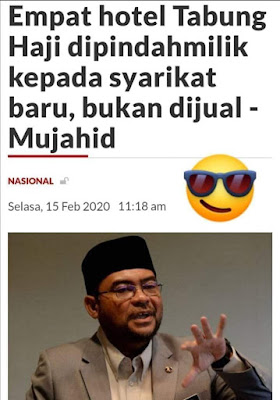 And, Mujahid tried to deceive the public with a naughty question with an expected answer and suspected collaboration with his planted staff at the Prime Minister's Department on Islamic affairs. 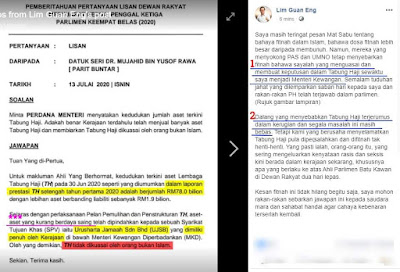 Tan Sri Muhyiddin was sucked in to reiterate the same answer given by Minister Dato Dr Dzulkifli Al Bakri. 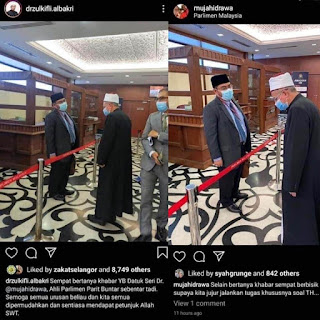 The former Mufti of Federal Territory is increasingly suspected of collaborating with Mujahid and Amanah politicians and activists.

Most recent words heard is Muhyiddin extended the term of TH Chairman, Tan Sri Mohd Nor Yusof, which expired on July 10th.


The latest is a video of the Deputy Minister to Dr Dzul responded to admit the asset sales were inappropriately made.

The sales of the hotels and plantation were made at unrealistic valuation and done at a time, oil palm prices is at artificially rock bottom price due to "intentionally" strained relation with major buyers.

Below is an indication: 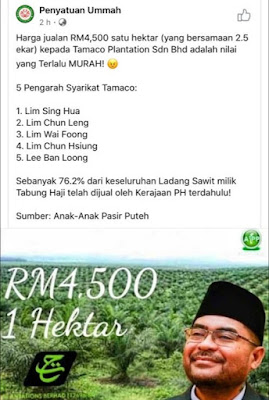 Mujahid has U turned to admit asset sold to pay debt.

As such, the BOD must be sacked immediately. 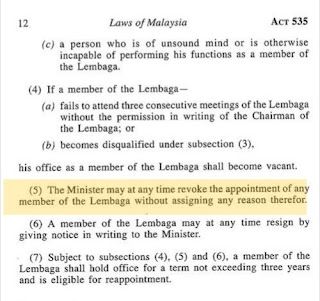 PM must be insisted on to remove the current members of the Board and if any had been extended, TH deserve the right to terminate any time. 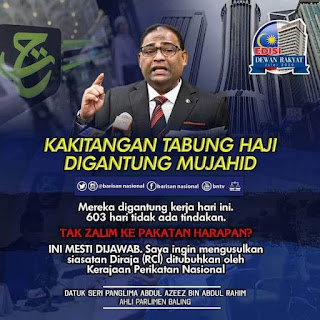 All staff that were unfairly suspended for 603 days must be reinstated to their previous positions immediately!

Muhyiddin will be perceived as defending PH's intentionally planned destruction of the sacrosanct TH.