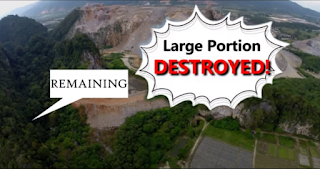 Quoted from Hindu Site Preparations, Mahavidya
The website Mahavidya described the meticulous process Hindu undego to identify, determine, and prepare the site for a Hindu temple, a place of importance to the religion or as any religion would treat their place of worship.
To the Hindu, the temple is a sacred sanctuary where the "communion between the realm of the worshiper and the realm of the gods occurs."
It is the same belief to defend the "place that was chosen by God that is Sacred Gunung Kanthan" that motivated Malaysia Dhamma Sakyamuni Monstery, its devotees and supporters.
They launched a campaign and petition for public support against eviction and eventual destruction of Sakyamuni Cave Monastery located at the border of Ipoh and Gunong Kantan in Kinta Valley.
They are appealing to authority on the ground of history, environment, and health. At the same time, The Vibe.com reported a lawyer supporting the Cave Monastery made a filing in court.
According to the report, APMC allowed for the Monastery on their property. The YTL subsidiary is expanding its quarry operation.  The monks and devotees had to be evicted. Apparently, Perak state provided land at another safer location.
Unlike past incidents involving Hindu temples, in which an innocent fireman was killed by demonstrators in the Seafield Sri Maha Mariamman Temple incident, the peaceful, proper, and non-political approach of the Buddhist Cave Monastery campaign is appreciated and supported.
Similar to the Seafield temple, the Cave Monastery is on private land. The legal odds is against them. But, the more serious concern and bigger risk the Cave Monastery should not overlook is safety. 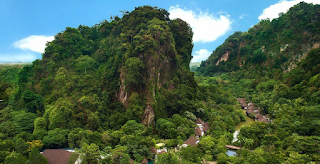 The struggle to preserve the environment is necessary. The concern against quarrying activities at limestone hills had long been voiced. The Star here highlighted the danger of  in Perak back in 2015 during the MBship of Dato Dr Zambery Kadir.
On 31 January 2021, an Adam Malik wrote a letter to Focus Malaysia entitled "Limestone hills: Beware of dangers lurking behind its scenic beauty" and published in Star Online as "Ticking time bombs in the hill" to warn the danger of the scenic limestone hills, especially in Perak.
To quote from his letter:

Limestone hills are very much synonymous with Perak, more specifically, Ipoh. The limestone hills in Kinta Valley include Gunung Rapat, Gunung Datok, Gunung Lang, Gunung Paniang, Gua Kandu, Gunung Tambun, Gunung Panjang, Gunung Kanthan and Gua Tempurung.
The significance of these hills in our context, is their locations that are either close to roads, residential areas and the possible development, tourist attractions as well as structures that have been built, legally or illegally, in caves or at the foot of these hills for various purposes, which often house occupants. 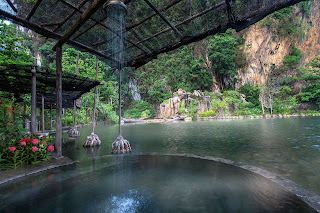 The tragic incident that was mentioned earlier, which occurred in November 2020, was the landslide at a beautiful resort Banjaran Hotsprings Retreat, killing two visitors in one of the villas.
The Perak Mineral and Geoscience Department was quoted, “heavy rains had weakened the residual soil on top of the limestone walls”, causing the structure to collapse on the villa where the victims stayed. 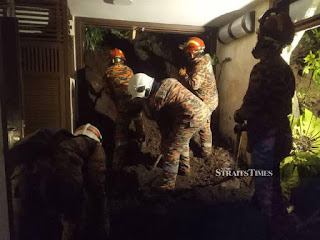 He went on further:

Knowing what we know, knowing that limestone hills can be a ‘ticking timebomb’, the recent incident in Banjaran Hotsprings should be the ‘final straw’ to push the Perak government to step-up and take the necessary action.
Merely ordering the relevant departments to monitor every risky limestone hill, especially those located near residential areas may not be enough.
Why approve the building of temples, houses and other structures in caverns or at foothills of limestone hills, in the first place? Even if these structures were built illegally, knowing that they exist and had been occupied (including by visitors) for so many years, does not mean that they should be allowed to continue! 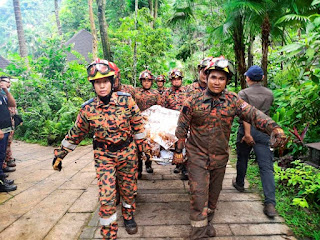 Adam missed death as he had planned for holiday at Banjaran Hotspring Retreat.
And, he continued to champion the cause in another letter to Focus on February 25th entitled "Do not downplay the natural dangers of limestone hills". He wrote:

I am very disappointed that both PEKA and the Perak MB missed the point I was making in my letter – the unpredictable ‘natural’ dangers of limestone hills!

Experts had clearly highlighted that even rainfall could eventually lead to natural dissolution of rocks thus weakening the structure of limestone walls, due to the presence of extensive joints and fractures within the limestone hills’ structures.

When ‘quarry activities’ are unnecessarily brought into the equation, the ‘natural’ dangers posed by limestone hills (as per tragedy at Banjaran Hotsprings Retreat), would end up being downplayed!
To me, if there were quarry activities in a certain area, no one should be allowed access within a certain perimeter. In such a case, whatever risk or potential danger that may exist would be obvious.
Unless there are parties who trespass and build structures illegally, quarry operators would never allow visitors or occupants within the perimeter concerned.
To stress my main concern – the “natural dangers of limestone hill” which are prone to collapse due to its very structure. Some of these hills in Kinta Valley Perak, are located either close to roads, residential areas and possible development, tourist attractions as well as structures that have been built, legally or illegally, in caves or at the foot of these hills for various purposes, which often house occupants. 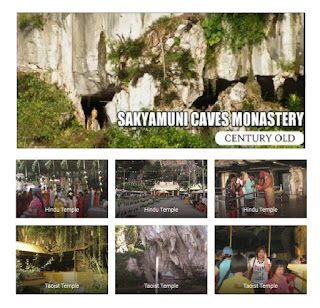 Adam's letter can be found on several other media - NST, The Mole, The Malaysian Insight, and social media and webstes for environment. He concluded:

In Perak, there are a few places where temples, houses and other structures have been built in caverns or at foothills of limestone hills. It is not an excuse to claim that some of these structures were built illegally. Knowledge that they exist and had been occupied for so many years means that the Government would be held responsible should any untoward incident occur.
It is time for the Perak state government to accept the various studies and reports that have highlighted the natural dangers of limestone hills. Don’t just respond to complaints of the ‘destruction’ of the environment and the need to save ‘spiders’, when human lives are at stake. In most cases, quarry businesses do not carry out their operations in areas where people reside.
Hence, these activities pose almost no risk to human lives. In such a scenario, the risks will arise only when there are trespassers who illegally enter and build structures on the land concerned. Therefore, it is imperative for the party holding the rights to the land, to take action to ensure that the land is vacated. 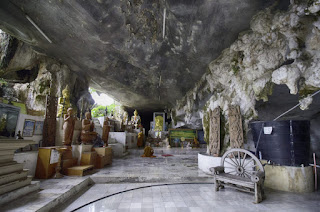 The urgency of the matter is self explanatory.
There is no prejudice or biasness against non-Islamic religions, in this case Buddhism, or denial of the Monastery history.
Neither is there leaning in favour of big businesses nor conservative defense of established law and regulations. It is not analysing or rebutting their campaigns.
The over riding factor is just safety and only safety.
at 6/12/2021 10:05:00 AM