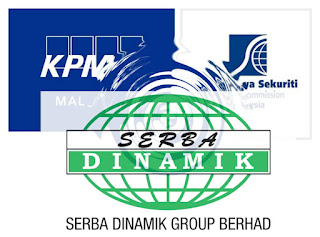 Since the tumultous month of June which saw some RM4.0 billion market capitalisation wiped out from Serba Dinamik Group Berhad, the lines for the legal duel between Serba vs KPMG was finally drawn last week.
KPMG filed its defense on August 26th to reply to the lawsuit immediately filed by Serba in June. The legal issues are out in the open for the market and public to form a credible opinion.
The fact that government-owned company, 1MDB filed a civil lawsuit against 44 partners of KPMG, in which one of them was implicated in the Serba affair, only proves auditors are not protected from liable.
That was the argument put forth by various professional bodies in defense of KPMG back in June. The discussion back then in Edge Online, Malay Mail Online and Focus Malaysia can be found here, here and here, respectively.
Auditors in Malaysia have been sued before as Depakata blog here highlighted Silverbird's 2012 lawsuit against Deloitte, which was settled in March this year. And, Depakata wrote here auditors have inherent biasness too.
In the UK, Edge Online reported here that KPMG was caught supplying 'false and misleading' data to the Financial Reporting Council. In the Serba case, KPMG was accused of prematurely alerting Bursa and SC with presumbly 'false and misleading' data.
So what will the legal dispute be about?
Alleged book cook up
Back in June, financial portal TheAccSense highlighted four major issues with Serba, as per the extract below:

1. 11 out of 12 confirmations sent to Serba Dinamik’s customers relating to sales transactions, trade receivables and material on site balances did not come back to the auditor.
2. Certain transactions on purchases and trade payables balances on local supplier. KPMG noted that:

3. Office address for customer and supplier in Bahrain cannot be located on physical site. KPMG also later noted that the fax contact number of the customer as indicated on the official website is registered under one of the Serba Dinamik Group’s employees.
4. The inability of KPMG to determine the appropriateness of the information technology contracts and transactions as well as the revenue and costs recognised due to:

It is certainly matter of concern and suspicion for investigation. However, Sarawak Kini here raised doubts, as the extract from the report below:

It is preposterous for Serba to not provide the right contact and information for KPMG to confirm. Any company, decent or sly, would want to get the audit over and carry on their business. It is unimaginable for a PLC to give a long list of false information and get caught red handed doing a cover-up by the obvious of mistakes.
As far as the existence of customers, did KPMG confirm the non-existence of Serba’s customers merely by calling the receptionist at the front desk? If they made site visit of the Middle Eastern vendors, could they be wrongly directed for misreading the numerical and Arabic symbols on the address? Was the verification done using the open source app which may not necessary provide accurate information for verification?
Auditors are usually petty as it provide leads to possible frauds. However, being petty over for example, L.L.P. versus LLP would show a lack of common sense similar to picking on the issue of Sdn Bhd over Sdn. Bhd. 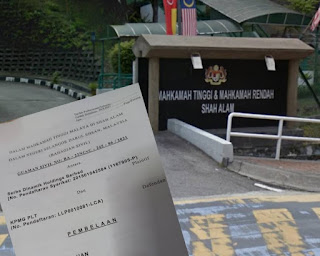 With both sides begin filing their affidavits, the legal dispute will be along the extract from Sarawak Kini here, below:

The suit brought by Serba is mainly based on KPMG’s negligence, breach of contractual and statutory duty owed to Serba as their appointed auditor.
In their defence filed on August 26th last week, KPMG made the usual denial to claim the legal suit and press conference by Serba to announce the legal action were done in bad faith and intended to vilify and compromise KPMG’s liability to continue the statutory audit independently.
And this was cited as the reason KPMG was forced to resign as auditor.
KPMG refuted the claim that they require the appointment for third-party independent auditor for the ongoing statutory financial audit to resume and stated that they have dutifully discharged their role according to Malaysia’s auditing standard.
Nevertheless, KPMG admitted they were unable to complete the audit and subsequently resigned without completing. The basis of resignation is the legal action brought against them.
KPMG alleged that the negligence suit against them was misconceived and unfounded. Their contention is Serba acknowledged further independent investigations were necessary to determine the issues brought up against KPMG.
Sources close to Serba’s lawyer, Tan Sri Muhammad Shafee Abdullah said, “What they flagged as issues was being dealt with. They had our full cooperation and an independent third-party auditor was already appointed, in accordance to what was proposed by them”
It could be interpreted that KPMG’s demand for the appointment of independent auditor to validate their discovery was contentious in the first place. It is as if KPMG is not certain of their own audit process and findings. In their eagerness to reconcile the issues, Serba had numerous meetings on it with KPMG in attendance and subsequently agreed to KPMG’s request.

Which part of Section 320 is relevent?

“Despite that, KPMG admits to lodging the Section 320 report in their defence and even went to opine that the audit issues may adversely affect Serba Dinamik’s financial position to a material extent. This contradicts their claim that they did not conclude their audits and are awaiting the result of the third-party independent audits. Their report was, therefore, premature and questionable. Their honesty and good faith are debatable.”
As a result, Serba faced the threat of adverse speculations drawn against them that could cause lasting consequences on their market and reputation.
KPMG brushed off Serba’s claim for loss and damage. If there was any, the adverse market reaction was due to Serba’s failure to discharge their duties and responsibilities.

However, KPMG seek for their entitled protection under Section 320(2) of CMAS 2007.
Former Independent Non-Executive Director of Serba, Hasman Yusoff  is also part of the 44 KPMG partners involved in 1Malaysia Development Berhad (1MDB) legal suit brought about by the Malaysian government’s fully owned company. It is a useful proof that Auditors can be sued.

It is indeed ironic of KPMG to seek refuge under Section 320 (2) because Serba also based a large part of their claim on Section 320 of the same Act where its alleged KPMG acted prematurely in reporting their incomplete findings to the SC.
It is in breach of the requirements of Section 320(1) which requires them to first form a professional opinion that a breach has occurred prior to filing a report.
Obviously, it was impossible for KPMG to form a professional opinion prior to the independent review taking place. Accordingly, they have breached the professional standards and duty of confidentiality which overrides any protection under the act.

Its a legal dispute on an accounting matter. How does the lawyer's chance stacked against the accountant?
Public perception 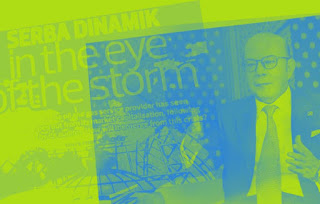 From the perception point of view, Serba made a comeback since bombarded by The Weekly Edge frontpage for June 7 to 13 issue and the KLSE Screener early attack.
The stock tip portal has since been sued last week.
The big break for Serba came from the 1MDB civil lawsuit and criminal intimidation charge against ex-KPMG and ex-Serba Director.
There are suspicions of some insidious hands orchestrating for the demise of Serba. Nevertheless, the immediate challenge for Serba will be the next quarter bond dateline.
Serba has stayed focus on their business and remedying the situation. And, the real test will come from the EY review.
By then will the court case become the showcase of the dispute. Dragged together are the reputation of Bursa Malaysia and Securites Commission.
at 9/01/2021 04:51:00 PM