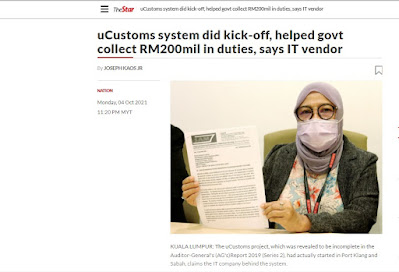 Star Online highlighted RM200 million collected through uCustoms as title of the news report Brilliance Information Sdn Bhd (Brinfo)'s HR, Corporate and Finance Director, Amar Haiza Ishak denial that the uCustoms system did not kick off.
The full report is not available to non-subscribers, but Malay Mail Online also reported her denial that the system failed.
To recap yesterday's posting here, the system commenced development in October 2014 and is supposed to be delivered on November 1st 2016. It has repeatedly been extended till Royal Malaysian Customs Department (RMCD) stopped the project in December 2020.
Amar claimed it was running for 22 months, and collecting millions.
RMCD collects on average RM40 billion tax a year and about RM80 billion during the GST era. Its not worth calculating the pro-rata collected for 22 months for comparison.
For RM200 million collected, it is pittance and hardly an indicator of a successful running system.
Non-delivery 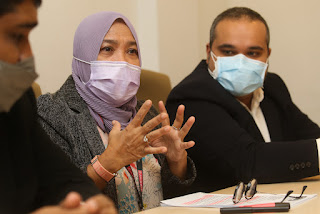 uCustoms is not up and running fully, but ran concurrently and linked to the earlier Sistem Maklumat Kastam (SMK) she rubbished in her PC as "illogical to roll back to SMK for all the manual processes again".
Despite being downgraded as illogical by Amar, Brinfo's uCustoms would logically still rely on SMK to derive the data and book in the collection. It hardly reflect the system as brilliantly displayed in their presentation to have succeeded.
If RMCD is confident with uCustom, which she claim has the support of the Shipping Association of Malaysia (SAM), why then it cannot operate standalone, but require the older system to compliment?
Contrary to her claim that "the words of SAM were enough to show that the uCustoms system was not only operational, well accepted among industry players, but also profitable for the government agency", it remained not fully operational.
The extended years of non-delivery is more than sufficient ground for RMCD to halt the project. Brinfo should refund the full or part of the RM273 million paid by Treasury.
No feasibility study 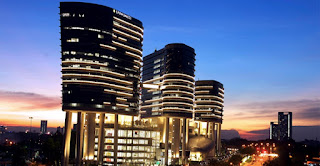 Its too bad and unfortunate that the negative publicity affected the company's reputation and relation with existing clients.
For not delivering after years of extension given, there will not be sufficiently acceptable explanation for RMCD to provide Treasury, auditor, and public to still continue uCustoms.
To extract from MMO report:

"The LKAN report included how the project costs ballooned from RM317.78 million to RM397.43 following the five extensions, with RM272.99 million already paid out, and that feasibility studies were not conducted before the project was implemented.​"

Such a big project without a Proof of Concept will bound to fail.
u-Customs is using COTS product therefore customization will be reduced. But does Brilliance Info solution used a real COTS?
Microsoft is just a platform. Micro Clear and Greenlane... what are their experience. I heard a middle east country is replacing the Micro Clear system so why are we using them? Again no Proof of Concept or clarification been called.... weird for a such big project...
We hope PAC, AG and MACC look into this :)

The commentator is proven correct 8 years later!
Who did not do the Proof of Concept?
Not sure what Brinfo's lawyer hope to achieve with the press conference, the best thing Amar and Brinfo could do is "pergi Balai cerita ....".
The "Balai" is at Precinct 7, Putrajaya just off the exit from the main ring road, Lebuh Wawasan. Not easy to miss the 3-block modern contemporary architecture buildings.
at 10/05/2021 04:46:00 PM

In January 2022, Customs sent an RFI to eight Malaysian companies seeking their participation to bid on a new tender for a customs system that will replace the legacy system due to the failure of Brilliance Information Sdn. Bhd. (BRINFO).

Some companies that were BRINFO's partners are involved in the RFI with another Malaysian company and will not be formally disclosed. We shouldn't let any company or individual that was involved with BRINFO be included in the new tender. It should be extended to include any relationship, named or a silent party.