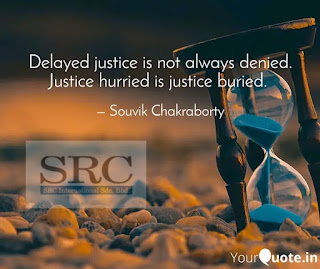 That is the title to an article by G Mahendran, a Bar Council legal practitioner in The Sun in 2009 as taken from Bar Council website here.

Dato Najib's appointed a new legal team on July 25th for his SRC appeal at the Federal Court. MMO reported the next day that Zaid Ibrahim will lead the new team to replace Shafee Abdullah. Another key member is renown criminal lawyer, Hisyam Teh Poh Teik.

The immediate reaction next day are prejudicial vews accusing the move as delay tactic. Few months ago, someone close to Najib said Najib had no such plan and is sticking to Shafee.

Najib explained the change was to give a fresh perspective to the case. The interpretation is Shafee and his team may have started on the wrong foot. Cool heads maybe needed to lower the temperature and to focus on the legal court over court of public opinion.

Zaid Ibrahim was reported by FMT on July 26th to seek postphonement. Hearing date was earlier set for August 15 to 26th. Only fair to allow the new team to prepare for the case. He mentioned seeking for case management date on July 29th. Presumably application was submitted.

Alas without allowing for the new team to present the request to the court, NST reported on July 29th around 5 PM of Federal Court rejection and was told no adjournment will be allowed. Presumably the letter was issued a day earlier and received by the lawyers next day on July 29th.

Was the letter suspiciously leaked by some court official to the press?

The swift rejection by the court is strange and smells of political conspiracy.  It is natural to suspect so with Tun Dr Mahathir and his minions are back to repeating the same narratives against Najib after a long hiatus.
This time it came with the added twist to exploit Mohamed Hasan's out of context statement to Asia Times that Najib should serve some time before being given pardon.

NST, which reported the rejection, is controlled by Mahathir's corporate crony.  The suspicion of a leak could only be suspected.

Under the rule of law for example, the basis of the Constitution, the Federal Court cannot insist that Najib’s new legal team must proceed with the Appeal on Aug 15. That’s tantamount to passing a Decree.

Based on the Defence Team’s own words in court, they are not ready. They are confident that they will be ready when the time comes.

Lawyers, as officers of the court, cannot mislead the Bench. It doesn’t happen “even if it happens” (allegedly).

There’s no reason for the Federal Court to deny an Application by the Defence Team. They want the present dates in court vacated and new dates set up during case mention for case directions and case management. See here.

The court had no reasons to deny the Application to put off the case until the Defence Team was well and truly ready. There can be no rush to judgment.

Those in the know estimate that the legal team will take at least six months to get ready. This is reasonable considering that the case has been going on since 2018/2019 when the Prosecution rushed to court in the wake of the GE14 general election on Wed 9 May 2018.

Surely Tengku Maimoon has no motivation to send Najib to prison and bankrupt him in a hurry. As one legal commentator confided in amazrment, "Kasilah peluang ... Nampak sangat."

Hopefully Federal Court will come to their legal senses. 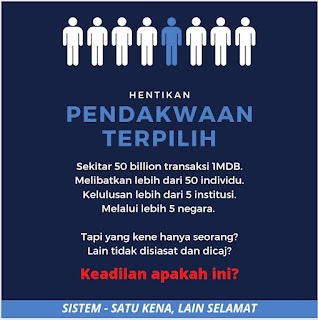 The Malaysian judiciary, justice system and law enforcement is under international scrutiny. The rejection of Queen Counsel Laidlaw only put Malaysia under spotlight. There will be international observers from UK and other Commonwealth country.

Why only Najib being targetted through criminal court, LHDN and civil court. Its killing a fly with an army batallion while the real scounderals are on the loose and many are given protection as witness.

Without a trusted and credible justice system and judiciary, there is no legal protectiom for investors and businessmen. Say good bye to foreign investor and local businessmen too.