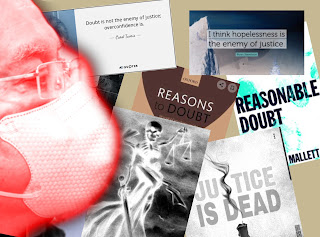 1. First time ever in history of Malaysia that a former PM is charged for corruption.

This is not surprising as this is the core campaign platform of PH to win power in GE14. For good measure, Najib was charged by the PH and PN governments with 5 separate criminal corruption cases (SRC 1, SRC 2, 1MDB-Tanore, 1MDB-IPIC, 1MDB audit) and also 5 separate civil cases (forfeiture of RM114m, forfeiture of goods, RM1.7b tax claim/bankruptcy, SRC civil damages claim of RM5.8 billion and 1MDB civil damages claim of RM35.8 billion).

In fact, given the 9 other cases that are running concurrently and to allow for multiple delays in two years of Covid, the very complicated SRC trial has actually moved very fast - much faster than Anwar's much simpler Sodomy II trial which took 6 years.
2. First time ever in history of Malaysia and the world that a newbie judge with absolutely zero experience is transferred from the civil courts to replace an experienced judge for the highest profile criminal case in the country AFTER the trial has begun.

He was promptly transferred back to the civil courts after he delivered the guilty verdict and written judgement against Najib.

The common accepted practice is to have a more senior judge being brought down from the higher courts to hear any high profile case but it seems the reverse was done for Najib's SRC case.

To make it more interesting, the newly appointed Chief Justice (who was the choice of DAP) when this judge was transferred then came out to campaign for PH in the Sabah elections after he retired.

3. First time ever in history of Malaysia and the world that the appointed Auditor General, head of MACC and CJ were political appointees was a member of a political party or were the result of heavy lobbying by a political party.

The AG was promised toe be appointed by Kit Siang should PH win power, the head of MACC was an active senior member of PKR while the CJ was fully supportive of PH and actively campaigned for PH later.

4. First time ever in history of Malaysia (and probably the world) that a person is charged for participating in a meeting so that he can allegedly steal 1% of said money 4 1/2 years later.

Najib was charged for abuse of power because he was involved in or took part in a cabinet meeting in year 2011 to approve a RM4 billion loan guarantee) so that he can be paid RM42mil (1% of the RM4b) in installments between late 2014 and middle of year 2015.

This essentially means that Najib had to win GE13 and win his party elections in year 2013 before he could get his "loot".

5. First time in history of Malaysia and the world that the person who received money actually gave away more money that he was alleged to have stolen.

It was confirmed by both the MACC investigating officers and the bank managers that Najib received at least RM642mil directly from the Saudi Arabia's ministry of finance bank accounts which he then gave away in various CSR initiatives - which is 15 times more than the RM42mil that Najib was alleged to have laundered from SRC.

6. First time in history of Malaysia (and probably the world) that a person is charged for giving money to charity.

Najib was never charged for stealing the RM42mil. He was charged for money laundering as money came in and came out of his account which he did not spend on himself. That is why the judge said in his judgement...

"RM42 million not yours to give to charity, judge tells Najib"
https://www.themalaysianinsight.com/s/271561

It was never proven in the trial that Najib had asked for or instructed the money to be transferred into the account. He never knew the balance of his account. In fact, he likely never knew look at his bank account statements and wrote over 30 cheques that would have bounced if not for the last minute intervention of the bank officer and Jho Low - including cheques to his own political party as Najib thought he was promised and received a lot more money based on the letters from the Saudis than was actually received.

8. First time ever that two key witnesses in the trial actually received a lot more money than the accused. Both Nor Yaacob who proposed and tabled the loan guarantee at the cabinet meeting and former BNM governor Zeti who was the one who advised Najib to set up the bank account in his own name to receive donations and also tasked by Najib to monitor his bank accounts for suspicious activities were later found to have received a lot more money (RM85mil and up to RM700mil) respectively) which they hid in overseas bank accounts for their personal use.

Both Nor Mohd Yaacob and Zeti were never charged and such information was never revealed to Najib for his defence and were even listed as key prosecution witnesses.

And despite being key in the events of SRC in which the RM42mil would never have landed in Najib's account if not for their actions, the courts rejected Najib attempts to include these as new evidence.

More incredibly, the authorities never determined or cared to find out where and what happened to the majority of the alleged "stolen" money - 4 years after the trial and investigations are supposed to have been completed.

"No one knows what happened to ‘frozen’ RM3.6bil, Najib hearing told"


9. First time ever that the trial judge can and would possibly become a witness for a related case.

Now that it is revealed that Judge Nazlan had actively participated in 1MDB dealings and that it was Maybank who recommended and engaged by 1MDB to set-up SRC, he can easily be subpoenaed to become a witness in the other1MDB trials - a clear conflict of interest.

10. First time in history of Malaysia that time is not given by the courts to the new lawyers to take over after the defendant changed lawyers.

Najib filed in March 2022 to ask to include a Queen's Counsel in his defence team but the courts only rejected it 4 months later in July 2022. Five days after this rejection, Najib filed for the 1st time to say he has changed lawyers but the courts rejected any postponement - which has never happened.

This is despite Zaid Ibrahim being a former law minister and hugely experienced in the law - having set up ZICO which was once Malaysia's largest law firm and Hisyam Teh who is one of the most senior member in Malaysia's legal community with over 45 years experience. Both of them would not have taken Najib's case and put their reputation at risk if they did not believe they have compelling evidence that Najib is innocent.

11. First time in history of Malaysia and possibly the world that the courts do not allow lawyers to discharge themselves.

When rejecting this, the courts said that this is in the interest of speedily disposing of Najib's case as "justice delayed is justice denied" - which is essentially saying that the main priority of the courts is quickly disposing of Najib's case and not in the interest of determining the truth, the whole truth and nothing but the truth or to respect the constitutional rights that every defendent is given the best opportunity to defend himself.

12. First time in history of Malaysia (and possibly the world) that any BAR association would fully support a motion that severely affects the interest of their own members.

In supporting the courts decision that Najib's lawyers are not allowed to discharge themselves, the BAR is basically saying that it is perfectly alright for lawyers to be forced to do free work (why would the client pay them for doing nothing) that they are either not interested to do or know they are incapable of doing hence destroying their own reputation as well as hurting the client's interest.

There is also a number 13 but it sounds almost too ridiculous.

Yet another piece of history created today.

Judgement at the highest court led by the CJ (who also determines the bench) is already written BEFORE prosecutors finished submitting and BEFORE defence even starts to submit.

Has never and probably will never happen in any other country in the world.

Read about the other record-breaking history:

------------------
The leaked judgement merely strengthen the long held suspicion that the whole process of law from preparation of investigation paper to putting the case together; the choices of judges at every step of the way till the judgement were predetermined.
New applications whether justifiable or not were ignored as to not deviate from the prepared judgement.
A message circulating as of the opinion as written below: 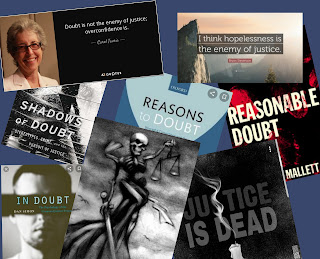 It is a shabby pre-determined judgement which was leaked earlier itself before its delivery.

On the face of it, lacks case laws and it is also breach of natural justice as it did not deal with the ex Prime Minister personal submission in the Federal Court taking into consideration.

His Solicitors were not we not able to undertake the task.

A case of travesty of justice.

Also to take note of the manner and the unprecedented haste the appeal was heard will to a certain extent mirrored the injustice so blatantly exhibited.
To be continued .....