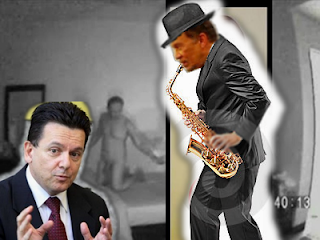 He described Xenophon's call for the Australian government to monitor the upcoming Malaysian general  election as, to quote from Bernama report "stupid and impractical".

Read the Bernama report below:

MELBOURNE: One of Australia’s senior commentators has taken maverick independent senator Nick Xenophon to task for his "foolish or cynically self-promoting" episode in Malaysia at the weekend.

Sheridan also accused Xenophon of "campaigning for just one side of Malaysian politics -- the opposition".

Sheridan said Foreign Minister Bob Carr was right to make his response to Xenophon's deportation as low key as possible and to agree with his Malaysian counterpart that the issue would not affect relations between the two countries.

"Carr should take no further action on the matter, nor is he likely to," he said.

"They (Malaysia) should either have told Xenophon in advance he was not welcome or they should have let his visit pass unnoticed.

"However, if anything, having an argument with an interfering Australian politician will be of some small electoral advantage to the ruling coalition.

"He might reflect on the fact the side he supports contains as perhaps its strongest element the most extreme Islamist party in mainstream Southeast Asian politics.

"Xenophon wants the Australian government to send electoral monitors to the forthcoming Malaysian elections. This idea is stupid and impractical," Sheridan said.

Citing electoral problems in Vietnam and Cambodia, Sheridan said Malaysia "on any measure is one of the most democratic and freewheeling nations in Southeast Asia.

"Its elections are certainly not perfect, but they are better than in most parts of the world.

"Indeed, its very openness allows people such as Xenophon to grandstand there." -BERNAMA-

Xenophon can be described as an undesirable immigrant and since Anwar said his status is unoffocial, thus is not traveling on diplomatic status, it further justification to invoke the Immigration act and ignore his to be applied:


Immigration Act 8(3) ... bars “any person who is a member of or affiliated with any organisation entertaining or teaching disbelief in or opposition to established government” or/and “any person who, in consequence of information received from any source deemed by the Minister to be reliable, or from any government, through official or diplomatic channels, is deemed by the Minister to be an undesirable immigrant.”

Xenophon is not here in the capacity of representing the Australian government or even any organisation. So there is no issue on sending back a diplomat.

He is now back in Australia and  adamant that he had not done anything wrong. Perhaps he is putting a brave face to cover the embarassment. See this report from an Adelaide website here with his face looking like an unhappy convict, below:


Xenophon Not Happy With Carr 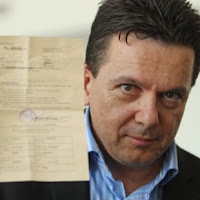 Independent Senator Nick Xenophon has lashed out at the Gillard Government's response to his weekend deportation from Malaysia.

The South Australian MP was kicked out of the country for his support of pro-deomcracy reforms in Malaysia.

"I just think it's just a little bit cute for the foreign minister to protray this as potentially some form of interference. I asked Bob Carr, and I've got a lot of time for him, he's a man of tremendous intellect but I think in this case he's on the wrong side of history."

"I'm being treated as though I have committed something that under the immigration act put me under the category of overthrowing the government or something along those lines... that is something I reject absolutely."


Australian Prime Minister is demanding answers for his deportation and they have already got it through the communication between the Foreign Ministers.

Before making any further remark, she should recall that in November 2012, Foreign Minister Senator Bob Carr rejected request from Anwar to interfere. Refer to the November 21, 2012 Bernama report published in The Star here.

An article in relation to this issue from The Choice here dated November described the opposition and Bersih's international supoporters are dwindling fast. It is reproduced  below: 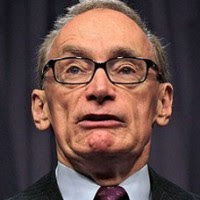 It must have seemed like a good idea at the time. Earlier this month Opposition Leader Datuk Seri Anwar Ibrahim wrote to Australian Foreign Minister Bob Carr asking him to ensure free and fair elections in this country.

Anwar's proposal was for Australia to commit to an election observer mission, with or without a request by our Government. And given that Anwar is always looking for his next headline, he was surely hoping that Carr would say something in response that might embarrass our Government.

But Carr was never going to be sucked into Anwar's little games. The veteran politician, who is married to a prominent Malaysian-born businesswoman, is more in tune with the politics of this region than any Australian politician in the last 20 years.

He knows the electoral reforms that have taken place here. He knows that Prime Minister Datuk Seri Najib Razak is a man he can talk to (they met at the start of the month). And as he told the Australian Senate in October, he also knows that GE12 was free enough for the Government to "lose its two-thirds majority in the parliament". Bob Carr is no ignorant mat salleh.

So it's unsurprising that Carr didn't just ignore Anwar's letter, he virtually tossed it in the bin.

Speaking on Australia's ABC radio Wednesday, Mr Carr made it clear that it would be inappropriate for Australia to interfere with Malaysia's elections just as it would be "for Malaysia or another government to have a say in how Australian elections are run". Indeed.

Pressed on the issue of Australia "helping" us run our elections he snapped back: "What help are you proposing we provide? Do you want an amphibious landing on the east coast of Malaysia?"

Mr Carr's rejection of Anwar's letter couldn't have been more emphatic if he had set fire to it on his desk.

The fact is the Opposition and Bersih's crowd of international friends is dwindling fast. This isn't because they don't care anymore, but because they are no longer taken in by the sob story about "oppressive" Malaysia. They can see that things have moved on.

Even Bersih's Australian friend Senator Nick Xenophon, the man who boosted his career Down Under with his tale of being tear-gassed at Bersih 3.0, is now getting cold feet.

When Bersih co-founder Dato' Ambiga Sreenevasan arrived in Australia in September, she expected Xenophon to announce he would be putting together an election observer mission to Malaysia, whether Putrajaya liked it or not. But Xenophon publicly snubbed her by not only refusing to come here for GE13, but by simply deferring the matter to Bob Carr in the Senate. Bersih's Australian friends have all but vanished.

Meanwhile Carr is personally a supporter of the Malaysia Solution for dealing with Indian Ocean asylum seekers, but his Government has opted for far more controversial solution for boat people, which is to fly them to the Pacific Island of Nauru for off-shore processing at a makeshift tent city in the rain forest.

This week that detention camp drew stinging criticism from Amnesty International which was granted permission to inspect the site.

Amnesty's Dr Graham Thom described the camp as "completely unacceptable". He told of cramped conditions with up to 14 men living in a single tent. He said the tents leak, leading to skin conditions arising from sleeping on wet bedding.

This is hugely embarrassing for Australia, given that one of the reasons for rejecting the Malaysia Solution was concern over the way we might treat refugees. Australia's option, designed to prevent refugees from stepping on Australian soil at all costs, is clearly failing.

Ultimately Carr will be hoping he can revisit the Malaysia Solution as the best way of breaking the business model of people smugglers.

Until then Australia would do well to get its own house in order before making judgements about other nations.

Xenophon should have remain in Australia.

It only proves he is only playing to Anwar Ibrahim's tune to discredit the Election Commission and pre-emptive move to  accuse the upcoming general election to be marred with fraud before the election even commenced.

Looks Like UMNO Leaders will have to be careful next time they enter Melbourne or Sydney as the Immigration and Customs may not use Kid Gloves anymore!

The most to be careful is Muhyideen who frequent Melbourne annually.

rahim ghouse is in town

You Idiots have managed to create animosity with Australia.

Whwn Mat Taib was caught smuggling millions through Australian Immigration and Customs he was let off scot free by Aussie Diplomats using the excuse me no speak english.

Any UMNO boys doing the same thing now will go into Aussie lockup!

Keep at it boys and your master Muhyideen known to frequent Melbourne many times a year may have to be veeerrryyy Careful!

For Xenophon. A bit of Greek or Grecian history(Bush Jr's call. Shows how unimportant Greece is)The Ottoman Turks walloped them 1492-1918.Hitler walloped them 1941.Their own Royalty walloped them in the late 1940s followed by the Communists. Just 25 years ago, the Turks walloped them again on Cyprus. How Xenophon=Erdogan I don't know? Xeno should lobby the British for the return of his Elgin Marbles, sort out the mess in Athens, and investigate the over 2000 Greek Swiss Banks Accounts. And leave Malaysia alone. Jealous of Malaysia ?