Can the 10,000 demand for truth, apology and compensation too? 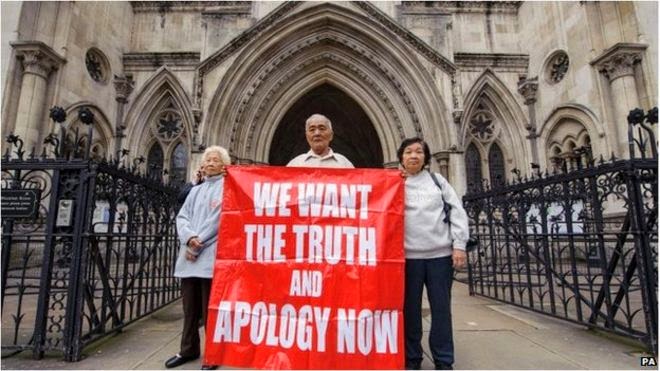 Bigdog's latest posting here is on the family and relatives of 24 men killed by British troops in Malaya in 1948.

The families brought the matter to British Supreme Court for the five judges to considering "whether the UK has a duty under human rights laws to investigate the shooting of villagers at Batang Kali".

In his argument, Bigdog felt that it is an impractical enquiry and best to let bygones be bygones. Because what about the 10,000 souls killed or disappeared under the atrocities of the Malayan Communist Party?

Do they demand on China which can now afford to pay the compensation? If not China, the successor-in-title? Who will that be? 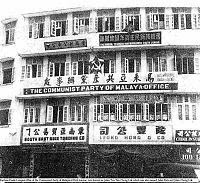 MCP is an illegal organisation and was deregistered upon the emergency. Since then, it has no legal existence. Will the demand be made on the family and kin of those involved with MCP?

Perhaps, demand on organisation that attracted the former MCP or sympathisers of the MCP. There is many that express support and sympathy for Chin Peng in his dying days to demand his return to Malaya.

There was DAP, and the Pakatan Rakyat "component" parties namely PKR and PAS. There was Bar Council, Bersih component NGO etc. Quite sure Bersih's Maria Chin Abdullah supported his return as her late husband is a communist activist.

It may not be legally admissable but there is the moral justification.

Why not sue the British too? They were the one that armed the MPAJA ie Communist to fight the Japanese. It was the British that met Lai Tek and made a pact to train and armed them.

Out of the 10,000 victims; Malays, Chinese and many others races; there are those with dependents. For the soldiers, their family depended on father for livelihood and the family may had to struggle live on.

Read here for many incidents of communist terrorist. 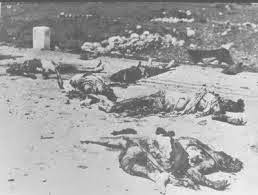 The  communist atrocities did not just ended with the end of the peace pact in 1986.

Along the way, they had infiltrated organisations like Parti Buruh, Gerakan and DAP that were the instigators behind the May 13 1969 racial riots in Kuala Lumpur.

It started out with the provocation done by these political parties.

Some may say provocation does not kill. But how about the massacre in Sentul cinema in which attendants were locked in and communist terrorist were murdering the inncocent men, women and children.

The provocation was meant to incite and as a result more than 300 lives of gullible and innocent Malays and Chinese were lost.

Maybe the 300 families should seek truth and apology together with compensation. It should be from the 3 political parties that accomodated the MCPs.

Dr Kua Kia Soong claim there is more. Then let all victims make their claim.

He said the British and other Embassies together with foreign journalist seem to know more than security authorities of Malaysia.

So let us drag all these parties to court to demand they reveal what document and proof they have so that the truth, apology and compensation can be realised.

Take him to court and make sure he has the proofs. Lots of family are demanding for the lives and life lost especially with property prices exorbitantly unaffordable for these old folks.

Otherwise, sue him for defamation. After all, every other person are taking someone to court these days for financial compensation.
at 4/23/2015 02:08:00 PM

Don't forget the Melayus. Sue the English fir bringing the Cinapeks and the Kelings to Persekutuan Tanah Melayu to copulate and populate.