In Malaysia, there exist pro-censorship liberals 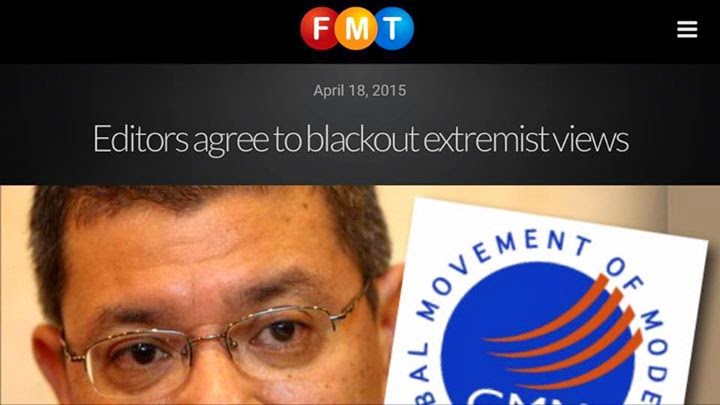 That got a response from lawyer, Lukman Sheriff Alias. In his FB , he criticised the hypocrasy in the views taken by liberals in the likes of Saifuddin. His posting below:

To the liberals their views should not be censored as they are exercising the right of free speech and expression. They have long argued that any restriction of their right to free speech is unconstitutional and illegal.

For the past few years they have thus spoke on everything. There is no sacred cow: from religion to race to anything against the constitution. This is part of free speech. No barrier and limits.

Those on receiving end they reminded must learn to tolerate opposing views. These are not extreme views.

This is the new Malaysia to them. The moderate Malaysia. And they pursued their agenda and even succeeding in pushing us to the left.

But every action there is a reaction.

Many are unhappy with the numerous challenges by the left to the time tested values of our social cohesion. The current result is a scenario opposite to what they had ever fathomed. We not only now strengthened the Sedition Act and enacted POTA, but on the verge of enacting Hudud which they dread so much.

So even though they are against sedition act, they have in no uncertain terms ensured that Isma be charged for sedition in uttering the word "pendatang" or migrant.

So as the nation is moving to the right, they are now left with fewer options. They now have decided to restrict and censor the views of whom they arbitrarily call extremists. They have called on editors of the media not to provide coverage so as their views become dominant.

This is what freedom of speech has boiled down to for them. An incoherent or hypocritical logic of principles. A malicious devious manipulation of media for their self serving purpose. This is what moderates mean in Malaysia.

“If there is ever a fascist takeover in America, it will come not in the form of storm troopers kicking down doors but with lawyers and social workers saying. "I'm from the government and I'm here to help.”


“[American] liberalism today sees no realm of human life that is beyond political significance, from what you eat to what you smoke to what you say.”

“Government money only pays for the "liberties" the government thinks you should have, and therefore it can determine how you exercise them. That turns liberties into privileges dispensed at the whim of the state.”

― Jonah Goldberg, Liberal Fascism: The Secret History of the American Left from Mussolini to the Politics of Meaning