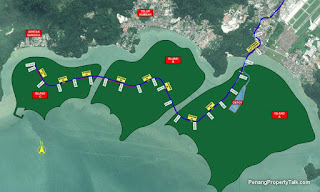 She may have a Masters from Cambridge University but Penangites including DAP members are questioning her for the approval of Penang Transport Master Plan EIA report.

Furthermore she is part of the Lims underling, which include Tony Pua, Teresa Kok, Hannah Yeoh, Teo Nie Ching, and herself, is under heavy criticism from DAP grassroot. 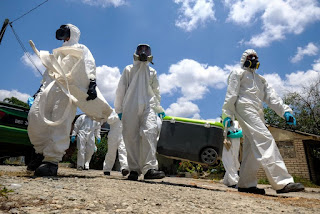 The public felt she had failed miserably as Minister at Pasir Gudang.

It was an environmental catastrophe, the biggest ever in Malaysia and she couldn't handle it! 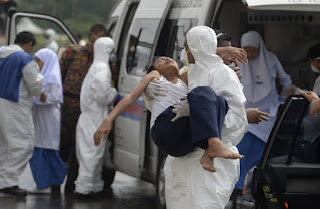 Sources claimed they found no toxic chemical reading. Is she saying the school children were play acting?

The second time around Yeo Bee Yin was accused of covering up for her husband's company's oil palm factory. She threatened lawsuit but none sued. It was typical DAP ploy to shut critics up.

It was a situation that warrants an emergency declaration. Life were at stake. There was even death reported. However. Yeo Bee Yin was only acting out a script on media.

Bee Yin could have seek assistance from Singapore and not face the embarassment of no cause known for last 5 months for Sungai Kim Kim.

Life could have been saved had she and the Ministry together with the PH state and federal government acted appropriately.


And Lim Guan Eng wants to manouvre to entrust her to spearhead a commitee?

One can anticipate that she would evade problems out of the embarassing incompetence to act in an environmental emergency.

However, Lynas have threatened to sue the government. Under pressure, Bee Yin will likely choke and make a wrong decision

DAP and PKR are politically embarassed for unable to prove their allegations all these years but now say it is safe. They are now using the Permanent Disposal Facility as excuse. 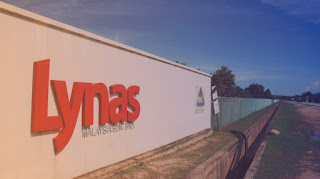 Mahathir see the economic opportunity and the strategic value in this initiative by Dato Najib.

On bringing in investors, one can't hust shoo them away as Mahathir had done on Deutsche Telecom with Celcom and now stuck on Axiata-Telenor deal.

No investors will be keen on Malaysia and without FDI, the country is doomed.

Lynas is an investment that will benefit immensely from the US-China trade war.

These are considerations beyond the mental ability of greenies and US trained covert political agitators to comprehend. They claim to care for the people but do they really care for their welfare or idealism?

As far as environment, the politically motivated detractors of Lynas will have a hard time countering the excellent environmental record of Lynas Malaysia as Gold Medal winner in OSHA.

Sources claimed Lynas will get their extension and the PDF will be suitable at some disused mines.

DAP Ministers are suckers/racist of 100°