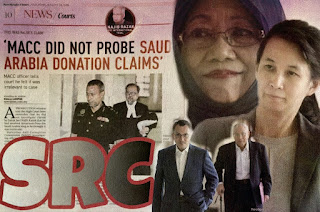 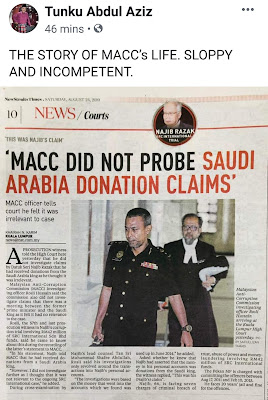 Rosli does not believe it was Jho Low that was giving instructions, His logic was simplistic and presumptous on the ground Jho Low did not used the money and Najib misappropriated the funds. He did not believe Najib was duped by Jho Low and appeared irritated and not pleased to be questioned.

The fact is he did not seek and gave excuse to not secure statements of Jho Low, and Nik Faisal. MACC would have no case if both appeared.

Rosli's investigation was glaringly inadequate without looking into content of Joanna Yu's Blackberry,  opening the emails between Jho Low and few witnesses, sent signatures for forensic check, review Najib's bank accounts for 2011 and 2012, and went to Italy to verify purchase of gifts.

Rosli did not seek statements from few witnesses of Malaysian Chinese origin, the late Dato Azlin before his death in April 2015, Saudi royal family, and Saudi Finance Ministry. He presumed the donations were merely claims.

Rosli was programmed to deny and lie. Despite the overbearing evidences, he still insisted to refuse to accept Jho Low conversation with Joanna Yu.

He went to the point of denying to know the name of fellow officer, Aidah involved in the investigation. Is it rivalry between Bahagian Operasi Khas aka Dato Bahari and recently operated on, Dato Azam Baki?

And he may have committed perjury in court for lying in several of his denials. 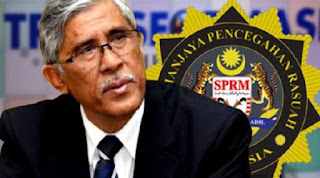 On the leaked charge sheet, former MACC Chief Commissioner, Tan Sri Abu Kassim then claimed it was fake in the heat of the moment.

Apparently, it is not and sources claimed the IP to AG Chambers came with the unusual attachment of the said charge sheet which was written in Mat Salleh English.


The team at BOK went to sekolah Melayu and known not to have the English proficiency of such calibre, including the then and current Director, Bahari.

One wonder as to who leaked to whom, and who gave leads to whom. MACC or SR? 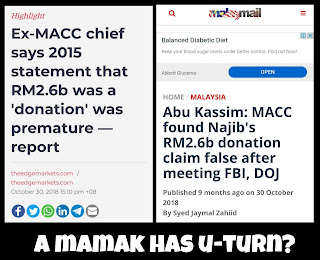 In one heated moment in early August 2015, Abu Kassim suddenly did a strange turn to claim the RM2.6 billion was donation on August 3rd.

Till today, despite the same statement repeated in Court by Joanna Yu and Rosli, the motivation behind Abu Kassim statement remained a mystery.


More so, MACC website had removed all official statements during the period.

Heard over the grapevine that PM#7 office and Tun Daim are aware something happened on subsequent days.

No criminal intent, no entrustment 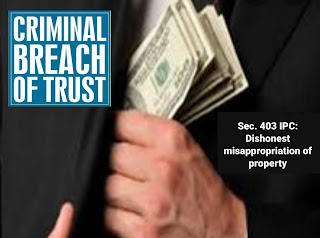 Charging under 403 need proof of criminal intent and there are none provided by MACC's Investigating Officer.

Upon winning the GE14, PH needed to prove there was wrongful act by Najib. They hastily cook up the charge under Penal Code 409 for Criminal Breach of Trust.

That is more difficult as it require proof of entrustment. As far as Najib's scope of power as Minister of Finance. he had maintained to work within its parameters.

There were due process done and EPU had even suggested a different investment for SRC on borrowed KWAP's money.

All decisions went through the Board of Director or Trustee. Najib was not  entrusted and did not decide on SRC or KWAP without undergoing due process.

Several testimonies claiming Najib single handedly decided were presumptous. hearsay and out of spite. It was not backed by evidence and crumbled upon cross examination.


Through the case hearing, several witnesses admitted being coached by MACC, and suspiciously scripted to be controversial. And, one witness is believed to be threatened with AMLA to change his stand.

Subuh may have changed statements upon being pressured by MACC and turned out in court to admit of forged signatures.

All to justify PH to get face saving prima facie for media to headline court call on Najib to defend himself. The case reached a foregone conclusion upon the proven 7 fake signatures.

Red herring for abuse of power


The charges made under AMLA can be dropped when the predicate offenses could not be proven.

The wind from palace of justice was whispering red herring. The prosecuting team knew they could not win on CBT and also AMLA. The plan was to get Najib for Section 23 of MACC Act on Abuse of Power.

The offense is open to wide interpretation. Dato Seri Anwar Ibrahim escaped the first sodomy charge but was imprisoned for abuse of power.

He was using his power to save himself from being legally fixed up for sodomy. Since he escaped the sentence for sodomy, it may not mean it did not happen but legally he was fixed up.

Abuse of power charge was the plan to pin Najib. However, all the facts leading to abuse of power presented by prosecution were dissected well by defense that it had doubts all over. 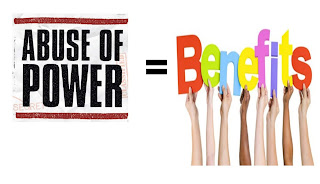 AG's only slim chance for abuse of power was the testimony of former Cabinet deputy chief secretary Tan Sri Mazidah Abdul Majid in court that Najib should excuse himself from cabinet meeting on SRC.

The argument is he is the Adviser Emeritus for SRC. In court, Dato Hishamuddin, Khairy Jamaluddin and if memory is correct, Dato Shahidan Kassin excuse themselves out of family interest.

However, unlike them, Najib has no personal or family interest in SRC. It belongs to MOF and he is acting as MOF in charge.

He did not benefit from SRC to be wrongful for abuse of power.


Some will use the shallow argument his interest is to swindle RM42 milluon into his account. Should't dignify with a response.

They have not followed the case closely and Joanna Yu's testimony. SRC happen after 1MDB and Najib could be thinking it was still Arab donation allegedly from 1MDB money.

These readers of news headlines do not read the full news and far from aware what media hide from public. If they say how are they to know, tell em to shut the f^¢k up and stick their views up their @$$! 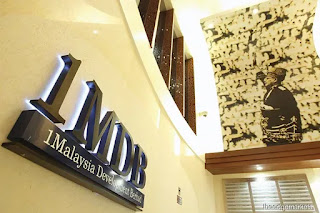 The overly critical smart @$$ public forgot that what the prosecution knows, the defense had long been aware.

This include the forged signatures and Joanna Yu's Blackberry. That is why defense requested those specific evidences and Tommy vehemently resisted with all kind of excuses.

The defense side used to be the government, remember?

Rosli can show his arrogance in court, but arrogance is a front to hide one's shortcoming. Hopefully more can be unrivalled in the last day of his testimony today.

Did he really not know of the Joanna Yu's Blackberry? Did he not investigate all that need investigation? Is he trying to save himself or someone?

The same senario to come for 1MDB case. Defense side knows what prosecution side has but saved for the last one year 5 months.

If they could only provide some bundles of documents in the last hearing, do they have the case thoroughly investigated and evidences compiled?

Did they got assistance from their foreign counterpart? Would FBI for instance bother since DOJ is only interested to do forfeiture and not charge for crime? Would the foreign witnesses bother to come to Malaysia to testify? Will key witness Jho Low and gang be taken home to be investigated and be witness? Will threatened witness like Amhari be any useful?


Lets not waste time and allow round 2 of Tommy Thomas team vs Shafee team without hired gun defense lawyer pretending to be prosecutor.

Allow AG to redeem himself for 1MDB case. After all, he made so much public comments on 1MDB.

Rumour from lawyers were saying Tommy called the kidney failing Gopal names and in retaliation, Gopal threw the files and tell him off to do it himself.

Lets see Tommy as lead counsel. Quite sure all the DPPs in the country would be inspired by the boss's exemplary performance in another attempt to imprison BossKu.
at 8/27/2019 07:27:00 AM