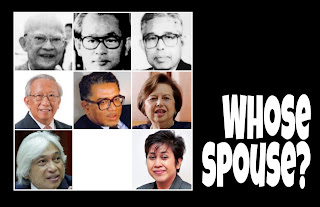 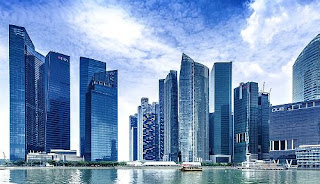 Last week at an after dinner drink near Bangsar-Damansara area, we were told of Singapore authority freezing the account of the spouse of a former Bank Negara Malaysia Governor.

No names were mentioned, no reasons were given, and no details were shared. Only you should find out first...

Damn, it kills our curiosity. However, maybe the person do not know and only shared the little he or she knows.

Sharing anything uncertain and only without specifics could be slandering and god forbid, fitnah.

One cannot be blind not to see and acknowledge the country is facing the wrath of God and now falling apart for succumbing to fitnah.

Then we tried testing the information with a renown personality of immense resourcefulness.

He confirmed hearing the same rumour. 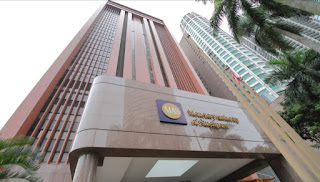 Yesterday, we spoke to a Singaporean related to a relevent industry and she too admitted hearing the same.

There was some bit of detailing, but not considered confirmation.

The rumour has spread and it seriously needed for the public to be alerted of a former BNM Governor is compromised.

Usually former Governors are given positions in Government or PLCs and even special task of critical importance to the country. Their integrity should be without question.

The public need to be in the know and we are sharing it WYSIWIG or more appropriately, What You Hear Is What You Get. No tokok tambah.

The first two local Governors, namely Tun Ismail Ali and Tan Sri Aziz Taha are exemplary Malaysians with the utmost integrity and unlikely to have to face the law.

Ismail have long passed on.

Aziz Taha is retired and spend time at Masjid.

Hoping someone out there could arrange the opportunity to meet him.

Their spouse is unlikely to have raise suspicions to anything criminal. They are too old and may have passed on. 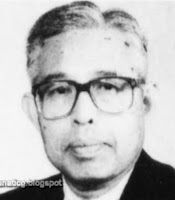 Tan Sri Jaafar Hussein has passed on and the spouse is too old or have passed on.

Jaafar was a gentleman who took responsibility to resign for the BNM forex loss fiasco, which was the doing of higher hands and Tan Sri Nor Mohamed Yakcop.

It is unlike Tan Sri Dr Zeti, who lied to say not aware of money allegedly linked to 1MDB and SRC being deposited into Dato Najib's personal account, but court testimonies revealed she was aware.

So does current Governor, Dato Norshamsiah.

The current Chairman of Alliance Bank Berhad may have made money from stock market tips, but doing anything legally suspicious and compromising his integrity he will not do.

Ahmad was at loggerhead with Mahathir and he had the integrity to resign.

Kak Normah now is with the kids in Australia. No reason to do anything suspicious and in Singapore.

Not much known of his wife from second marriage, but heard is a  housewife.

Subsequent ex-Governors are not easy to vouch for their integrity.

Mahathir appointed, Tan Sri Ali Abul Hasan had controversy and Raja Petra of then Free Anwar Campaign website then revealed cash of RM100,000 was found in his office.

Zeti lied on 1MDB and SRC.

There have been no denial from Zeti or husband, Dato Taufiq Aiman.

In the thick of the Panama Paper expose, her husband and children names surfaced for having off-shore accounts.

But Taufiq name was not mentioned by the initial source at near Bangsar-Damansara area or renown personality of immense resourcefulness or Singaporean.

Be fair to him. 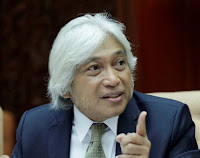 Tan Sri Dr Muhammad Ibrahim was too short as Governor to know enough of his profile, except he was a Bankers' Central Bank Governor and fanatical member of golongan orang lemah fikiran i.e. golf.

Pengarah of CIDB or Pusat Khidmat Kontraktor Melayu could be entice using golf to accept bribery, but not Central Bank Governor.

Least is known of his spouce. 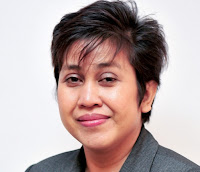 As for Dato Shamsiah, she is not retired. Her spouse is far from a suspect.

Who could the Governor be?