Blogger Captain M picked up the news on the appointment of Van Chiang Lum as member of the Board of Directors of Scomi Group Berhad (Scomi) in his analysis of Destini Berhad's MRO deal with KTMB (read here and here). Van is in the senior management team at Destini.
Conveniently, Captain M linked the appointment to this blog's revelation that Destini is on the hunt for companies for operational support to ETS, a 70% recently acquired subsidiary of KTMB for MRO.
While this was happening, media reported Scomi's CEO, Sammy Tse Kwok Fai tendered his resignation yesterday. He and few other Directors of Scomi retired from the Board. Sammy and another Director voted out, while two Directors subsequently resigned.
Two new Directors were appointed to the Board of Directors, namely, Van and a Dato Wan Shahruddin bin Wan Mahmood. They will join the two remaining Directors, Shah Hakim Zain and Tunku Azlan Tunku Aziz.
Scomi have been under PN 17 since December 2019 and has until September 2021 to submit a regularisation plan. They applied for judicial management from the High Court in mid-April.
The rehabilitation plan, to quote NST here, "could potentially include reviving existing businesses in which the company has experience".
Destini-Scomi energy collaboration 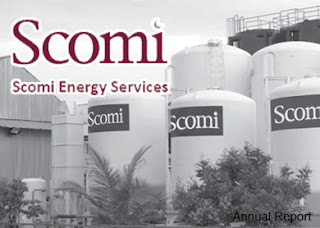 A simplistic guess would be a "merger" or at least collaboration between Destini and Scomi is in the making.
Both companies are involved in the oil and gas industry. Unfortunately, Scomi Energy Berhad (Scomi Energy) is in almost the same predicament as Scomi.
Energy was one of the sector explored by Shah Hakim and Dato Kamaluddin Abdullah when they took over Subang Comercial Omnibus & Motor Industry through Kaspadu Sdn Bhd back in 2000. It was the oil tool business that got them into the unfortunate international scandal in 2004.
Scomi Energy faced six straight quarterly loss back in 2015. Subsequently, a proposal to merge with Scomi was rejected by the EGM in 2018. By early last year, Scomi Energy was also confirmed under PN17.
Former Renong CEO, Mohd Zakhir Siddiqy ended up with 18% stake in Scomi Energy.
Zakhir (via Gelombang Global Sdn Bhd) and Tan Sri Wan Azmi were the white knight of Scomi, but has since issued a letter of demand for failure to repay by January a RM22 million loan given to Scomi.
Scomi's expertise in rail 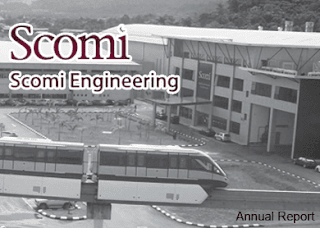 Another area fitting the bill as business Scomi had experience is in the rail business. And, this blog been pursuing on KTMB and MRO deal with Destini for more than a month.
Destini could be eyeing the rail assets of warehouse, workshop, test track, equipment etc. of Scomi Rail.
Since the intellectual property on the Monorail technology was sold off, Scomi has the intangible asset of management experience in rail, particularly that of Shah Hakim.
According to Captain M, Destini neither have the experience nor expertise in rail to carryout MRO for KTMB. It will not have the technical capacity and competitiveness against CRRC, which established a Rolling Stock Centre in Batu Gajah.
The blogger suspect Destini could merely be fronting for the Chinese or will eventually sell the MRO business to China interest.
The suspicion is based on a tip-off that the MRO venture is financed by an East Malaysian investor and its finalised structure will have a minority shareholder with strong past link to CRRC.
Last ditch effort 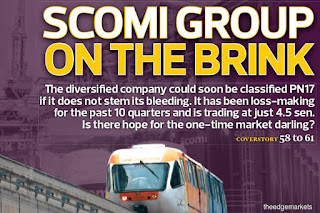 To quote from Edge Online here, "Scomi currently has total liabilities of about RM250 million, compared with RM112 cash. The accumulated losses of the group, which has been loss making since the financial year ended June 30, 2017 (FY17), stood at RM469.02 million as at end-2020."
The current snapshot of Scomi does not look hopeful.
That is unless sufficient money could be generated from KTMB. More so, government has to plow more money into KTMB and in turn, contribute to rehabilite both Scomi and Destini.
Scomi is in no position to repay the loan of Wan Azmi and Gelombang Global. It could only mean Wan Azmi and Zakhir Saddiqy playing a more active role in Scomi.
Hereon, it is speculative and the financial numbers need be ascertained to make sense.
Wan Azmi is known to be cash rich following the sales of SPLASH back to the Selangor government. It is widely suspected that Tun Daim Zainuddin is the invisible partner of Wan Azmi in the privatisation of a strategic Selangor state government water asset.
Before the takeover by Kaspadu, the market talk then was that Daim or any of his men was the original shareholder of Scomi.
With those ingredients of probable past and present links in Scomi, and stock market interest in Scomi a month prior to application for judicial management, is there something big to happen in the national rail infrastruture involving Scomi?
Privatisation of National Rail System? 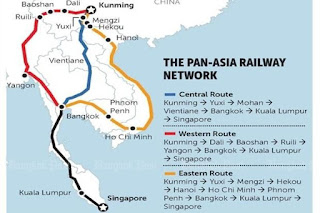 As one veteran energy man said, the important transportation link to China for Pengerang's RAPID is more rail than sea. He felt RAPID would have been better located up north.
He predicted rail mode of transportation will have greater role and prominance than sea transportation the moment the Asean rail link to Kunming China is put together.
In July 2018, Daim was sent to China by second time Prime Minister, Tun Dr Mahathir to meet China's Foreign Affair Minister, Wang Yi.
Among the matters discussed, the resumption of stalled China-led infrastructure and ECRL renegotiation has relevance to rail. Is it possible the subsequent conversation advanced beyond that?
Whatever the plan, it need to take into account the situation Tan Sri Muhyiddin said in passing as "government has no more money" and the interest of shareholders in the venture.
Do not discount the possibility the whole national rail system be privatised. It is another possibility to the conspiracy theory of Destini being a front to CRRC. Instead, China would be invited to take up stake in the privatised National Rail System.
One could only wish stakeholders such as the workers in the Railwaymen Union of Malaya is taken care off and financially benefit from such a plan.
at 4/30/2021 01:56:00 PM