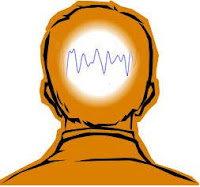 Blogger Marzuki Mohamad answered the perception created by Pakatan Rakyat on the May 7 fracas at the State Assembly in his posting entitled The Perak DUN Ruckus: Democracy Overworked.

1. Sivakumar was deprived of his right as a Speaker.

No, it was not true. Nobody stopped Sivakumar from doing his job as a Speaker when the Dewan convened. He entered the Dewan and sat on the Speaker's Chair.

No reason was given as to why he ordered the ten assemblymen to leave. He also refused to allow Datuk Seri Tajol Rosli who had been standing for more than 15 minutes to speak.

As the Speaker, he was the most powerful man in the Dewan he said. This means he is 'untouchable" and could do anything he wanted in the Dewan. So who deprived whose right?

2. The sitting was never convened because Sivakumar refused to begin the sitting unless the 10 ADUNs leave the Dewan.

Yes, Sivakumar did say that he would never begin the sitting unless the 10 ADUNs leave the Dewan. But he erred in law. Order 13(1) of the Standing Order clearly states that the order of business begins with the entry of the Speaker.

Speaker's announcement is item no 4 in the order of business. So when Sivakumar entered the Dewan, sat on the Speaker's Chair and made "announcements" that the 10 ADUNs should leave the Dewan, the Dewan was already in sitting.

3. If Sivakumar was not deprived of his right as a speaker, then why was his microphone turned off?

Get the fact right. The microphone was turned off only after the motion to remove Sivakumar as a Speaker was duly passed by the Dewan.

This means, when the microphone was turned off, Sivakumar was no longer the Speaker. He therefore had no right to speak as a Speaker. He should have honourably left the Speaker's Chair and taken his seat as an ordinary ADUN.

By refusing to vacate the Speaker's chair, he actually obstructed the new Speaker from discharging his duties. In fact, it was a necessity that the microphone was turned off.

Don't we think that it was an obstruction of the business of the Dewan?

4. The Speaker cannot simply be removed.

If an MB can be removed, why can't a Speaker?

A Speaker can be removed by a motion passed by a majority of the members of the house. On May 7, the MB used his authority under Order 13(2) of the Perak DUN's Standing Order to move a motion to remove the speaker. It is as simple as that. And it would be against the public interest if a Speaker cannot be removed.

5. The BN wanted to remove the Speaker because he is a member of the Opposition.

This is unfair. How would you run a westminster system of parliamentary government if a Speaker who is a member of the Opposition cannot be removed.

The scenario would be like this. Whenever the government wants to introduce a Bill in the Dewan, the Speaker will find fault with government assemblymen and suspend them for one or two weeks, or worse still, for 12 or 16 months.

(Don't rule out the possibility of arbitrariness in suspending the assemblymen as this is what Sivakumar exactly did in the suspension of the seven BN assemblymen previously).

The Speaker will make sure that the number of government assemblymen he suspends would be enough to reduce them into a minority. No government Bill can be passed. What if the Bill is a Supply Bill. The government will be in a "loss of supply" position, i.e. having no money to spend constitutionally.

Don't we think that this will lead to the collapse of a constitutional government? Removing the Speaker in the Perak case is a matter of necessity.

6. The police had acted arbitrarily by dragging Sivakumar out from the Dewan.
The police had been very cautious in taking action aginst the trouble makers. I bumped into a high ranking police officer outside the Dewan during the recess.

Someone asked him why the police did not go in to stop the ruckus. His answer was that the police had taken enough heat in handling the protesters outside the Dewan. Interfering in the business of the Dewan would only worsen public perception toward the police.

But why did the police finally come in and dragged Sivakumar out of the Dewan? The answer is simple. The situation was totally out of control. A Bentara was injured when he was trying to remove Sivakumar from the Speaker's Chair.

The Speaker had no choice but to call the police in. And that was after five hours of shove and scuffle in the Dewan.

No. Democracy is not dead. It just overworked. Some people had just stretched the limit of democracy. In fact, it is bordering on anarchy. Yes, I mean it. It is anarchy with some leftist-leninist strand! Are some people slowly showing their true colors now?

But throughout the ruckus, I was wondering why PAS assemblymen sat quietly in the Dewan. Some were SMSing and others just looked poker faced. Hmmmm ....

8. Menteri Besar and Speaker has to sign declaration for seating

Another perception game played by Opposition is that the seating under the tree is legal and May 7 seating is illegal becasue the Menteri Besar and Speaker has to declare the seating. That is the authority of HRH Sultan of Perak.

It proves the Speaker has no absolute power in the Perak Assembly practise.

Wow... this is really spinning the facts to the Nth degree. I would have easily believed every word given here if only I was not privvy to the actual situation broadcasted in realtime by the many commentators and bloggers that day.

A very good analysis. Unfortunately the PR supporters are not interested in anything analytical. They are only good at going around claiming other of "robbing the state of Perak", shouting "MB Haram", "Speaker haram", bla bla bla.

I am very sick with the PR goons.

Allowing Duns to be dissolved makes no good to BN. Their propaganda machine claimed that the image of BN has been tarnished due to this crisis. If BN allows duns to be dissolved, their image will be event worse. It will simply confirm the PR propaganda that BN has erred in the process of taking over Perak. They will certainly go around the world to throw more insults to BN. It will also demoralized BN supporters who have been persistently standing behind BN. It will also indirectly confirm that whatever BN did in the stretch of this crisis were wrong. From sidang bawah pokok to the 7 May Dun anarchy.

I hope Najib will not be like our ex-PM, always make a political suicide move. This is a high time for BN. They have to stand strong. Everybody knows that the image of BN is not good (partly their mistakes and partly the opposition propaganda). Don't think that the image of BN will improve by submitting to the PR demands.

Democracy was already DEAD when Pakatan Rakyat with a minority of only 28 members in a 59 member assembly insisted on being the government.

Come on people, let's support the BN govt. in Perak! They have the majority after all!

Hi, You forgot to add that the Assembly sitting should have been convened by the Speaker and not a 'clerk' from the Dewan. What do you expect in an ssembly illegally called?

Pls accept the fact that only a vote of no confidence in the state assembly can remove the MB. Justice Dato Abdul Aziz's verdict is correct.Even ex PM Tun Mahathir,the most influential UMNO man had said it.The learned judge also said that Zambry had never been the legal MB--but unfortunately I don't understand how can a one man appeals court judge grant a stay of execution--but Zambry had never been the legal MB--he should allow Nizar to be the MB till the court of appeal comes up with a verdict.What ever the verdict, it will finally be settled at the federal court--the apex court--then everything will be binding.Till then Zambry has to wait--simply b'cos the High court has rightly said YB Nizar is the rightful MB.It also astonishes me the speed the BN govt got the appeals court to intervene.

Amazing what people would say just to cover up the eyes of the masses. I'm sure with all your explanation, you simply let pass one major important fact in all your argument, the Speaker with his unlimited power, is able to deny any motion in the DUN.....and that include the motion to remove him!

It is like a chess game, just because you got a checkmate move in your hand, you can't just ignore the rule and claim that you have won, IF....the move is at your opponent side, you need to let the opponent make his move and react to his move instead of just declaring that you have check-mated the game.

The Speaker's move is to suspend the 7 BN member as he, including the High Court judges agreed that only in DUN can the MB be removed.

And what about the move of how the deputy Speaker unseat the Speaker? Do you mind to read the Perak constitution rules? It is said that in the event that the Speaker is not in the DUN would the assistant be in charge. But while the Speaker is sitting in his sit, BN ignored that and take over with force, I don't think anyone would be shouting 1Malaysia, people 1st with pride

I wonder if you have seen the latest posting from Tommy Thomas in The Malaysia Insider: Why Sivakumar is still the Speaker

As I found your article flawed and some of it doesn't even make sense, do rebut what have been said by TT.

If you have done that, good, here's another article that I would like to have your opinion from:

Why no Federal Court written judgment on Perak – N.H. Chan

Do that, and I would be here more often.