Now answer this: Are you dumb and a bastard, Zairil? 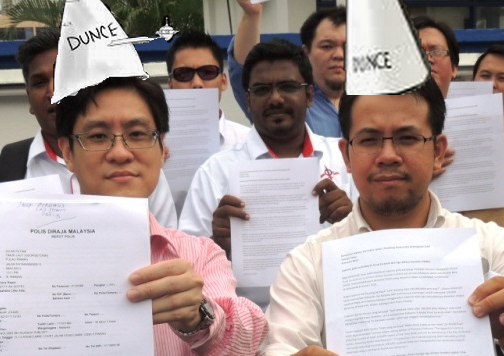 Zairil seemed to be too scarred to raise an issue by himself and he needs another DAP MP, Steven Sim to be by his side.

With the comfort of each other, the two idiots repeat the same irritating issue of Tan Sri Muhyiddin's overseas travel to Dubai in April.  This time it is Australia. [Read FMT here.] Zairil must have thought it is an issue of significance.

The last time these two idiots raised such issue, it was given an answer and it turns out their information was embarassingly wrong [read in Unspinners here and here.]. Can's understand why they would still be pursuing an already debunked line of allegation.

Thus, the DPM Office should not waste any more time to answer any more of such wasteful adolesence pestering. If Zairil insist on an answer on the pretext of public accountability, ask him this: Is it true that he is an illegitimate son of the man he used in his name as his father?

His date of birth and the year of his mother's marriage to his claimed father, Tan Sri Khir Johari does not tally. His place of birth in Hawaii only adds to the negative perception of himself trying to ride on the name of Khir Johari. As a public figure, he should be transparent and accountable on his  background. [Read Wikipedia here]

If Zairil is not comfortable answering such a personal question, then he should answer to his voters at Bukit Bendera how many times had he attend Parliament throughout the times it had been in session?

How many times has he stood up to deliver a speech or an address or participated in a debate? After all, DAP claimed he is a "thinking politician". It is no use thinking when one do not communicate. At least, he would have issues from his visits to his 'kawasan' and the feedbacks he gets from his constituencies. That is unless he hardly visit his constituencies.

So he is still a junior MP and has not reached the level of familiarity with Parliamantary rules even though those of his piers are already actively involved. Maybe Zairil prefer to get to the basic role no. 10 as a problem solver to his constituencies.

How many problems has he involved himself? How many gets solved? It should not be too difficult for him since Penang is a DAP run state. If Zairil's answer to all these questions posed are not satisfactory, he should learn to know where your station in life before trying to be a pesky irritant to the DPM. 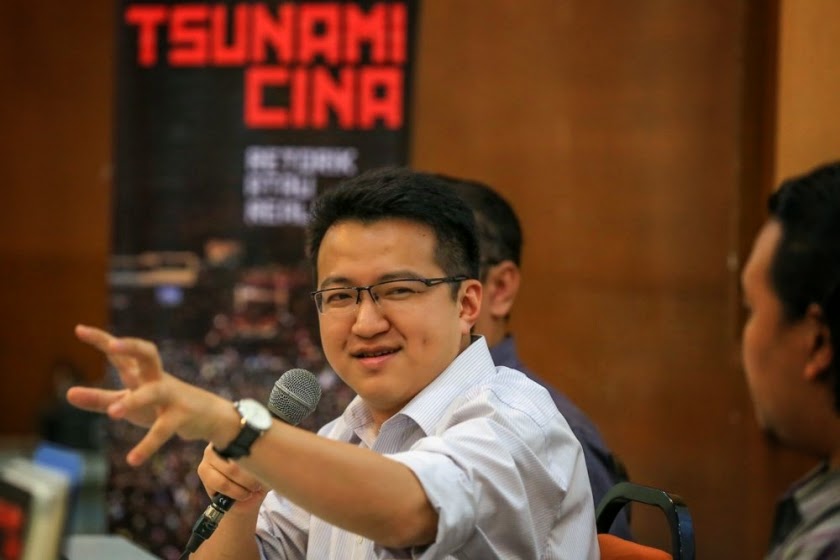 Quite sure the Deputy Prime Minister has more important task to do than answer to such small minded issues. Off late, DAP has been on this dumb mode since they saw their more than 7,000 majority overturned into a lost in Telok Intan.

MP for Kluang, Liew Chin Tong made a petty issue of Foreign Minister, Dato Anifah Aman much travel and place the blame of alleged poor communication of MH370 crisis on him. [Read The Malay Mail here]

Does the highest vote gatherer in the second questionable DAP CEC election thinks that a Foreign Minister should spend more time in the country and Kimanis?

Probably Liew’s mental capacity and intellectual inability is unable to fathom that simple logical notion. The fact that the MP for Kimanis to play this role and translate Malaysia’s foreign policy and international stance and position effectively, the he had to physically present himself with his counterparts or even world leaders ahead or preceding Prime Minister Najib’s visit, speeches and/or requests.

Liew must be spending too long a time in a forest off Kluang with no television, handphone and Internet to not be aware to whose portfolio MH370 belongs to.


Liew should start to politically educate himself to think before he shoots his mouth. Then probably Chinese Chauvinist DAP could present itself as a worthy member of the Oppositions’ coalition as the Federal Government if and when Malaysians could be hoodwink to give them power to rule.

[Read in full in Bigdog's here.]

He should realise that he is a mere minnow pulled up by Lim & Son Sdn Bhd. From someone who did not make the first time around DAP CEC, an Excel technical problem enable Zairil to appear out of the blue to replace a top five winner of the top 20 list.

The DAP CEC election and the subsequent CEC election remained not acknowledged by the Registrar of Societies following complains on the suspicion of rigging. That should have been the bigger issue for DAP to look into and Zairil to reflect hard  of himself.

Lim Guan Eng has appointed him as Political Secretary.  Surely Zairil is all too familiar with his boss's public image as a liar, arrogant and heartless leader to the minorities and lower economic class from all races in Penang.

Zairil should also help clear a lingering rumour that his boss went on a first class airline travel for Christmas vacation to Italy paid by a friendly corporate player several years ago.

He could be that "intellectual politican" DAP claim him to be if only he has the guts to raise Guan Eng's vacation that was paid by a taukeh in Parliament along with his allegations of  Muhyiddin. While it could potray him as a brave politician, it is still not an act of an "intellectual politician". In fact, they would say it is stupid.
at 6/12/2014 10:28:00 AM

Muhiyiddin's junket to Australia is worth while raising. The perception is that he is not on the ball and is misusing public funds.

Btw, how is the performance of ministries under his portfolio. Perhaps the phrase "dumb and dumber" may be more apt to describe the progress of students under the TIMMS assessment.

KHIR JOHARI PASSED AWAY MANY YRS AGO
HONESTLY HE WASN'T TO GOOD TO MELAYU AT THAT PARTICULAR TIME OF HIS REGIME - HE MORE FAVOR TO CHINESE , ZARIL BACK TO WHERE HIS BELONGED-CHINESE

Bro.
Tan sri mahayuddin should explain to UMNO members how he award a $5 billions worth of contract to ungreatful YTL to supply computer,laptop and wife wifi to all school in Malaysia.
Tak ada kah company Melayu yang boleh buat.What about Telekom.

Can we be more mature and stop making assumption based on merely perception?

What is your basis?

Zairil's attack is not even supported by other Pakatan stalwarts. They just left him to fight a weak case. Pwnd!

Its not a stigma burdened upon him if he is not all that too eager to be a political PAWN himself!

Then again the exact notion would be POLITICAL WHORE!

If you're that easy to bend over and sell yourself, you will have to be prepared what size, load, force, creed or colours that is forthcoming to slam you.

The slightest rebuttal saying about these few lines being 'kuning', it indicates your brain had digressed!

To answer another "bastard" whose comment is not released and had accused this blogger will not expose his own "god", the subsequent posting is a testament of his or her ignorance of this blog.

Of more importance, our god is not another human. Not like stupid jerk like them who worship the likes of Lim Kit Siang, Anwar Ibrahim, and Nik Aziz!

Short answer: He is both.