One brave soul at the Johor State Assembly 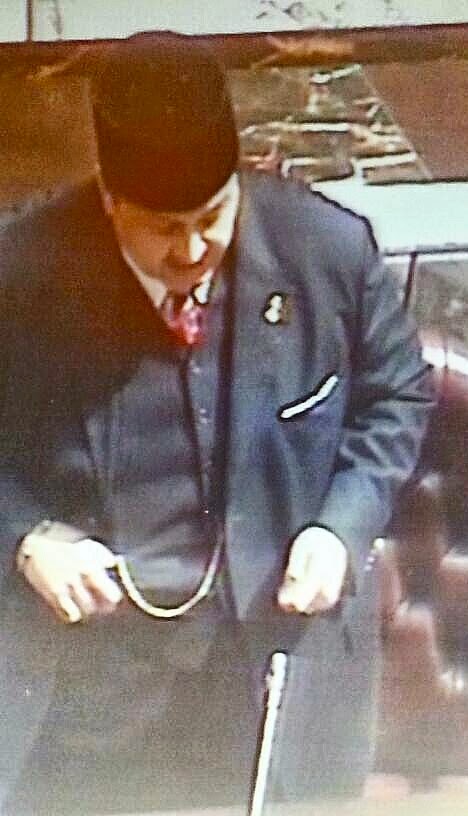 It must be Allah's predetermination.

At the time, Tun Dr Mahathir's wrote his latest posting here on selling of Iskandar Johor land to foreigners and was highlighted by Rocky Bru here, there was another brave soul in the Johor State Assembly that stood up to raise concerns on happenings in Iskandar Malaysia.

Assemblyman for Kempas and also blogger The Patriot (albeit long not updated), YB DatukTengku Putra Haron Aminurrashid bin Tan Sri Tengku Abdul Hamid Jumat delivered a speech which bravely touched on issues of much concern to the people of Johor Baru.

It is not an easy to task to be brave in a state where UMNO have been too comfortable that it has not only become complacent but feudel culture has returned.

The issues on Iskandar Malaysia have been repeatedly raised in various forums, seminars and close door discussions in Johor and also Kuala Lumpur but there seem to be a strange obstacle that is holding up the voting public and their elected ones from being more vocal.

Any later, the opposition will take it up as theirs.

Tengku Putera took the courage to raise certain issues on Sunday (working day in Johor now) but the mainstream media operating in Kuala Lumpur seemed reluctant to report his speech.

For us that have been critical of the South Johor Economic Region idea from its inception by former Prime Minister, Tun Abdullah Ahmad Badawi, sudah berbuih mulut (foaming in our mouth) talking of the problems and risk that will arise from this idea conceived with half eye open.

What was predicted then to happen has happen and it is difficult to reverse without the political will and insatiable greed of capitalist and inherited ones.

Be it Tun Abdullah, so does Dato Najib, the leadership does not seem to appreciate the security and political threat posed by uncontrolled rapid economic development brought about by neo-liberal Khazanah and capitalist Tan Sri Lim Kang Ho.

The threat is beyond just DAP winning more seats in the Iskandar region.

Tengku Putera revealed to the assembly that a foreign news website reported a foreign businessman signed an MOU with a local party to establish a security company for the whole Iskandar region.

If our information is right, the businesman is Singaporean Peter Lim, who managed to get big bites in a few of the state crown jewel investment. The local party in the partnership is powerful enough to be able to secure the contract without much hindrance from even the Prime Minister.

The concern to the brave assemblyman is that the company will be supplying 600 armed security force which almost the size of an army battalion. The local partner will be merely a sleeping partner and this battalion of security force will be run by a company managed and empowered to a foreigner.

In addition, there is the threat that the company could covertly be establishing a network of intelligence system for a more effective and precise spying and information gathering work.

Tengku Putera believed that the same company would be supplying the same to states like Penang and Federal Territory under the guise of smart partnership or transfer of technology.

It could seriously undermine the effectiveness of the local security forces and open the main cities of the country to international sabotage.

If this is true, Johor will not be able to play its role as the security barrier at the south. It could be easily turned into an extension of the red dot down south.

Another concern is with criminal operations run by foreign syndicates.

Earlier in his speech, Tengku Putera congratulated the Menteri Besar, Dato Khaled Nordin for making a clear stand that Johor will not allow any such premises for purposes of casino gambling.

It would have sent a conflicting message to the rakyat in which in one hand, Johor had reverted to a Friday weekend to ease Muslims to pray and intend to streamline its weekend holidays but on the other hand, a casino is operating in the borders of Johor.

Tengku Putera who was first to raise the issue expressed relief with the firm stand made by the Menteri Besar. He expressed hope that the promise is delivered in totality because illegal gambling like slot machine operation in business premises are rampant.

Small and big time gambling operators with organised crime backing, local and foreign, are establishing their foothold in Johor Baru. There are those operating with business license issued by local councils and some with liquor license.

Some  of the gambling tauke are camouflaging their operation by fronting as a real estate broker.

Local authority, which could be under the payroll of criminals, seemed to look elsewhere on liqour operators operating slot machine. They only blame the federal government for issuing slot machine license.

These are indications that Johor is strive with criminal syndicates.

Off late, Johor have been in the limelight by Utusan Malaysia for organised crime related to big time smuggling of subsidised diesel to foreigners.

Subsidised diesel from fishermen and petrol station are channelled to wholeseller which sells them to foreign ships or smuggled to foreign countries operated by Singaporean criminal syndicate.

The problem is so endemic and widespread that the state level authorities and agencies are not only in co-hort but cooperated to destroy evidences obtained from raids by certain agencies.

The concern of Tengku Putera is genuine and far reaching. Imagine the implication should the  security company is in co-hort with their criminal countryman in big time syndicate.

why wasnt there any mention at all of the sultan?

You have my full support bro.


What had been happening in Johore are going too far .
Harapkan pagar ,pagar makan padi ,it's means to say if the fence are no more functioning as a fence ,it's need to be change before it's too late.

You must be joking thinking PM Najib is on Kempas ADUN's side crusading against the Iskandar project, the only bright spot of economic growth in the southern Malaysian region in midst of slowing world economy...

A lot of members in his own Bahagian Pulai and its Cawangan2 have stakes in various jobs in Iskandar. He wants to be a hero?
Wait till his own members cantas his out of his Bahagian, switch to support the hard-working fella he replaced as GE13 candidate and also Sultan revoking his Datukship etc before he's dropped by PM Najib in GE14.

The Kempas ADUN made a speech on issues where other Malays would just look away and keep quiet. It is a wake up call to Malay political leaders who have lost sight and lupa diri as to who put them in the position of power. They jostled for Malay votes and now they go so neoliberal and global at the expense of the locals esp Malays. It may not be a surprise if Johor has gone down this path if Pakatan had been the state govt. But BN led by UMNO govt is doing this to Johor and JB Malays? And GE14 may not be so kind to UMNO and the incompetent PM.

Anwar is a silly Decoy, The Trojan is the rotting fish-head in UMNO! Malay-muslims not seeing the process of decay had begun?

You have been warned. Before it implodes you need to purge the upper hierarchy of power.

Also, a 2nd tier younger liberals have been put in place. Still blind to the facts?

GE14 is too long to contemplates yet if it comes to that then its way too late!

Abdullah Badawi kena gasak until he relent to Najib, but now what happened? Is Najib really invincible?

C'mon you people can do better than that.

If your hard-working guy became a YB he would be no different from the other YBs who are working hard FOR THEMSELVES and their own personal gains instead of voicing out the concerns of the rakyat. This man stepped up selflessly because our national security and sovereignty are at stake and possibility stoppped some parties from commiting treason.