Holland gave reigning World Champion, Spain 5-1 drubbing in the opening game of the Group B match. A sweet revenge for their extra time defeat to Spain in the last final in 2010.

Four years ago, we rooted for the old masters of the game. There is history behind the Dutch team and on that score alone, we felt they deserve to win the last World Cup. Again for the third time, the Dutch came out empty without the coverted Cup in football.

With that huge win against Spain, did the Dutch started out on the right foot?

Before giving our retired bettor's view of the game, let's see the video of the goals:


One thing that need to be noted is that at the World Cup level tournament, team tradition carries a lot of weight in ensuring success at and beyond the quarter final level. Based on that belief, winning the last World Cup was not meant to be for Spain.

For newbies team, their objective is to survive but for the top teams, the early rounds is meant for building up the momentum and understanding within the team. At their levels, the players hardly had much time to play together as a team to develop the teamwork and clockwork six sense precision of each other.

The 5-1 win is a good indication of the teamwork developing for FIFA 15th ranking Dutch but it could build unrealistic expectation for the upcoming matches. The team could be easily frustrated in upcoming tighter matches as "Superman" Robin van Persie and Arjen Robben will be closely watched. 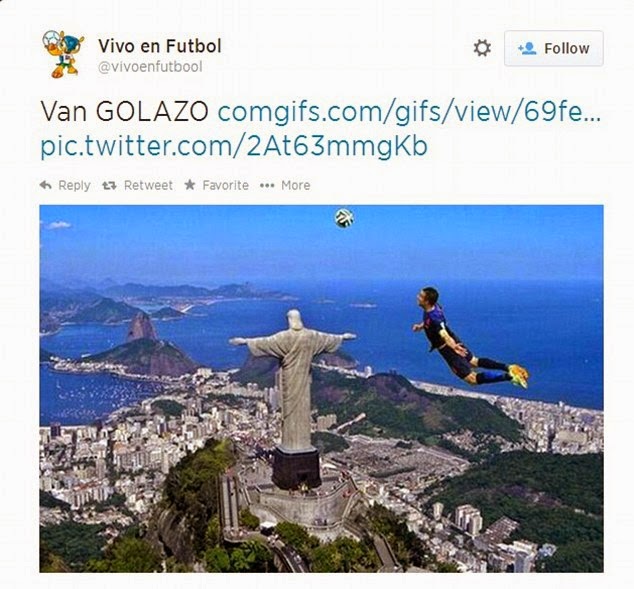 Another high ranking team, Chile at FIFA ranking 14th will be a testy match for the Dutch in Group B.

[Update: Chile beat Australia 3-1 in a "exhibition" match where goals are scored from scrabble in front of goal. Not quite impressive.]


As far as Spain, we've seen many reigning World Champions like Italy and Argentina could not get their act together after losing or drawing opening matches. The devastating loss will be too much for Spain.

If we are still betting, we would have avoided the Spain-Holland match. We would have bet for the Dutch but since everybody would want to take Fifa #1 rank, Spain but not willing to give the goals. No bets can be made there.

As for Brazil opening match, we would have taken Croatia for 2 goals. Brazil is every other person's preferred team, so cough out the goals.

From the bettor's point of view, Croatia start the game with a 2 goals lead and Brazil will need to score 3 to win. A 2 goals win will be just even. No money there.

Despite the score, the game does not show the brilliance and flamboyance of the Brazilians. There was nothing spectacular.


They gave Croatia a 1-0 lead with an own goal. Neymar scored 2 goals and Oscar scored a brilliant third goal to seal in the win for Brazil.

However, Neymar's 2-1 lead from a penalty came from a questionable acting by Fred. Shame on Brazil. He should be banned for the tournament.


Croatia almost got an equaliser immediately.

The domination and flamboyance of Brazil was not there. In fact, they almost fell for the opening match jinks to the better playing Croatia.

For star-studded Brazil to win the World Cup, they have to be brilliant as a team and as individuals. Otherwise, no South American and African teams can match the more disciplined, methodical and strategic European teams.

So far, the home court advantage and claim by Brazil Head Coach Felipe Scolari that "This is the World Cup that Brazil will have to win" only bring in more pressure and stress on the players.


Nevertheless, the World Cup will remain in the domains of the old giants with footballing tradition like Brazil, Germany, Argentina and Italy. Not even, FIFA 5th ranked Switzerland. The stage is too big for such emerging team to do well.

However,, it would be great to see old favourites like young building French team and two times champion and FIFA 7th rank, Uruguay do well.

And please forget former fluke winner, England. They can't control the ball and dominate a game. Only rely on long ball and lucky counter attack. That is no way to win a World Cup.

Just because EPL is popular in Malaysia, do not think they are actually a great team. Bet against them and one will sure make money. Used to make tons of money against England.

Enjoy tomorrow's 6 AM game of England vs Italy. Viva l'Italia!


However, the team destined to win a World Cup will be Holland. Hopefully it is this year.  That will mean a repeat of a back-to-back final appearance in 1974 and 1978.

Hahaha ....england lost to italy. Their only obvious tactic was shoot on sight of goal.

You are brick. England are an over rated team without skills.

aiya what la ... England is a brick, where can play ball.