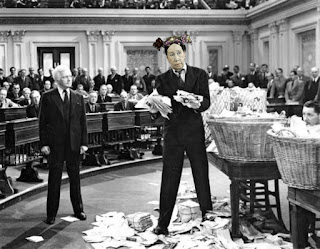 It's neither spinning nor fake news, but analysis from gathering of information from news and hearing from the ground. Main source was PPBM people!

Now, this is another ground information of Empress Dowager (note the singularity) meeting up the Auditor General, Tan Sri Mardinah tomorrow on an auspicious Friday.

The matter will be on Lembaga Tabung Haji, but there is nothing holy or sincere in the intention to clean-up the system as the idealistic young Jefferson Smith character in Frank Capra's Hollywood classic, Mr Smith Goes To Washington was doing.

There are elements of revenge, deceit and quest for power. But, the matter in hand is making the upcoming illegal Hibah announcement for Tabung Haji happen.

Mardinah may have done booboo to make a statement to confirm for a happening she was not around to appease new government, but she would have raised some real concerns on the SPV manoeuvre by new management of Tabung Haji.

If the police and MACC report failed to make a case, do not be surprise the victims would be added more misery with civil suits and even mareeva injunction to freeze their accounts and assets.

Anything to make the victims financially broke or turn bankrupt from paying legal fees and give them a bad name that would destroy their career for life. 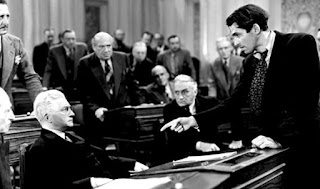 This whole manouvre by the Empress Dowagers (note plurality) goes back to the 2016 Rafizi Ramli's leak of BNM Governor, Tan Sri Zeti letters to Minister-in-charge, and Tabung Haji then Chairman, Dato Seri Azeez Rahim; and the power struggle of Datuk Zaiton Hassan and Dato Zukri Samad at Bank Islam and BIMB Holding with Tabung Haji.

All those victimised at Tabung Haji, except those willing to betray their colleagues and bosses to cover their skin and their own wrongdoings, could be linked to this past episode.

The extend of revenge and craze for power reach the level of deceiving the public from the truth, insidious manipulation of fact, and destroying an internationally credible Islamic institution as old as the nation.

And, turned over an important Islamic institution to come under DAP control.

Tomorrow. an Empress Dowager (note singularity) will meet Mardinah to clarify on peculiar issues and inconsistencies raised by the Auditor General.

Its a bit technical to talk of the various clauses in the Tabung Haji act, in which the Empress Dowagers (note plurality) only pursue Section 22 (3)(a).

But no mention of other clauses, including on need not sell but only charge, and reserve clauses.

There were manipulative interpretations on impairments, exemptions, etc by the Empresses.

The integrity of the Empresses is now being questioned, including the close relations (note plurality) with PWC Chairman that could raise suspicion of collusion to tolong-tolong kawan and saudara.

Mardinah may be on a PTD survival mode and like all civil servants, are in a state of fear. However, she should be aware that there are those familiar with what's happening.

Rafizi maybe let off by new management, but there are new Rafizi clones against the current Tabung Haji management.