Did EPF lent shares for foreigners to short the market? 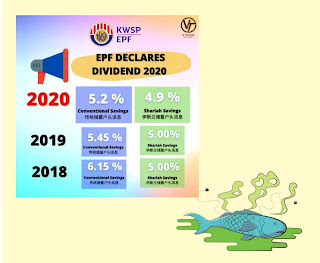 Stupid or something fishy?

That was the comment on the Facebook Group Citizen Voice to this blog's yesterday posting, Why would EPF be selling out Top Glove?

Zam Yahya's comment to question the dividend announced for 2020 remained on the back of many astute professional investors and market traders.

The fact that almost 40% of the portfolio is stuck in equity for salvaging the crashing market from loss in investors confidence after GE15, the balance 60% in cash, money market and bonds need to make up for the substantial shortfall from equity return throughout 2018, 2019 and 2020.

That portfolio cannot make up for the poor dividend and capital loss. Zam Yahya fairly estimate should be about 4%. EPF under former CEO Tengku Alzakri Alias may have found some innovative ways to generate return from the equity portion to get 4.9 to 5.2%.

One possibility is to do shares lending for foreign investors to short the market. That would have detrimental effect on the Malaysian equity market.

The Top Glove transaction given hint to such possibility. It was shorted down and caused the shares to slide from third quarter last year. Foreigners were reportedly actively doing shorting and later covering the shorts.

They have been active throughout 2018 to bash down across  the equity market and also other financial markets such as currency, commodity and bonds. Recalling back those dreadful days, foreign investors were aggressively shorting whenever there is volume and challenging new support.

They were avenging the missed opportunity of 1997, in which Malaysia instituted CLOB, Selective Capital Control and tighten banking regulations to stem the speculators.

Back then, a Malaysian got wind of the plan because they wanted to rope him in but his strong sense of nationalism within this non-Malay investor discouraged him from participating. "I will make money but it will ruin the country".

Back then Securities Commission Chairman was Anwar Ibrahim man, Tan Sri Dr Munir Majid. He introduce shorting into the market as though Malaysian equity market is big and volume is sufficiently large to withstand any syndicated short position taking.

Malaysia was not and it was risky to allow shorting because companies were relatively small. Any foreign investor could single handedly short and the market cannot absorb the volume. Damn the fundamental and it just goes into freefall.

Since EPF was stuck, it needed to generate return. Getting 5% return for script lending over 3 months is a damn good return.

Lets look at the numbers below: 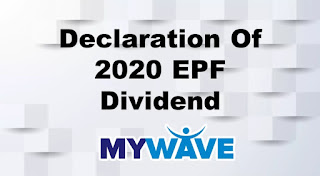 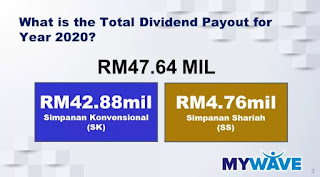 For a RM1 trillion fund size, dividend payout amount is not much and can be "massaged". 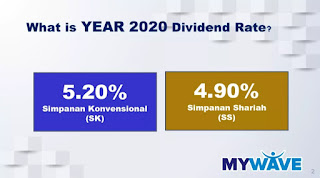 Say bond return is 5 to 6%, the peanut dividend from equity was balanced by return from script lending to enable the average return announced. 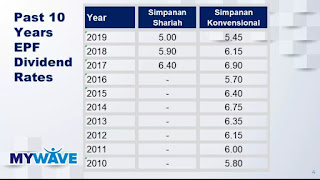 EPF can justify for the downtrend and claim they averaged out and smoothen the trend from drastic change. They including PH and PN government could get complimentary headline such as below: 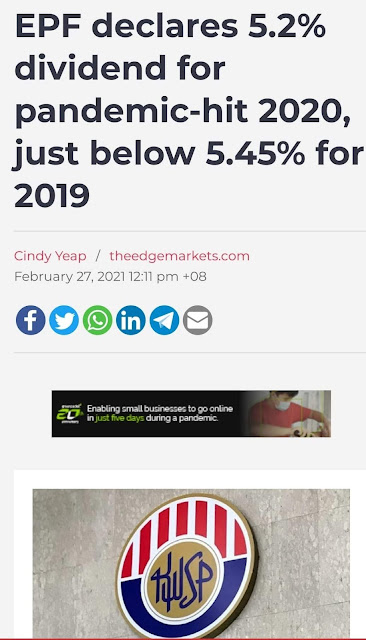 It does partly explain for the selling and buying of Top Glove by EPF. The transactions could be trading or genuine acquisition or sales or a party's sale of EPF equity temporarily to whack down the market to later buyback at lower pricce for a profit.
If EPF had participated in sript lending to generate return for their pathetic market saving effort, ponder the implication to the companies whose shares had fallen to shortist. Local investors lose money or get their investment stuck.
Money could not be reinvested or poured into beneficial economic activities. No to mention, investors and shareholders taking bank loans using the shares for whatever purpose may end up triggering margin call or selling out by Banks.
It will result in accelarating economic downturn and problems in the monetary economic condition usually has devastating effect on the real economy. That hit businessmen, salarymen, small business and common folks.
Assume there is no if and EPF do emulate the technique and method of fund managers in other parts of the world and developed market, this government institution had betrayed the nation.
Do not be alarmed because two former CEOs of EPF are so westernised and would emulate anything the orang putih do.
at 3/04/2021 02:43:00 PM