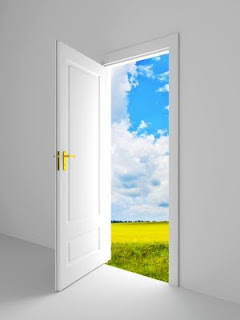 There has been many sources giving information in conflict with the decision of the PM on the MyKad payment system and 2-tier fuel.

When PM announced the cancellation the proposal, there were those involved with the proposal insisting the plan remains for May 1st.

Once and for all ... the two tiered fuel and the MyKad plan is scrapped!

Apalah Ministry and their paid Consultant?

Can't they conceive a plan that not only serve the objective it is intended to and is in tune with the spirit of "1Malaysia: Rakyat didahulukan, Pencapaian diutamakan."

For too long, Malaysian bureucrasy - be it in the public or private sector - are too shallow, lazy and bureaucratic when designing new policy and procedures to do the extra mile to consider the people's side of the story.

Very often than not, they tend to introduce additional procedures in the form of extra forms, extra steps, extra documents, extra signatures, extra authorities verification, etc etc for their selfish purpose of making their job easier and their ass covered.

They rather spend millions on computers and systems to make their process faster than using the neurons in their brains to give due consideration for customer or people's convenince in the planning of the process, procedures and policy.

Then they become reliance on system that they become inflexible. Usually when the system hang or temporary breakdown, their attitude is to stop work rather than revert to manual procedure or take the forms and deal with it later.

They have no guilt at leaving the customer and public wait and wait to build long restless queues and crowd.

Returning to the 2-tier fuel plan, the rejection by the PM is because the procedures and process are cumbersome which serve the bureaucrats needs than rakyat's convenience. The news on the scrapping below:

PUTRAJAYA: The Government has officially scrapped its plan to introduce the two-tiered fuel subsidy scheme, following negative feedback and response from the public over the proposed restructuring.

Domestic Trade, Co-operative and Consumerism Minister Datuk Seri Ismail Sabri Yaakob said the decision to “abandon” the plan was because the Government did not want to implement an important policy that did not get the support from or was not accepted by the people.

“Prime Minister Datuk Seri Najib Tun Razak has said that this is the people’s government and it is open to views. Today, the Government has proven that it this is not mere rhetoric and that it is true to its word.

“We have heard the people’s voices and now we have proven that we are willing to scrap the plan because the rakyat does not want it to be done,” he told a press conference Thursday.

Ismail Sabri said the price of fuel remained the same for now as “there is no directive to announce a petrol price hike. I don’t know when that will happen, but the public must remember that fuel price fluctuates.”

He added that while the Government’s commitment was to subsidise 30sen per litre for RON95, it was not subsidising nine sen more as the price of the commodity had increased.

The Government had wanted to introduce a new management system for the fuel subsidy this year as it felt that the subsidy did not fully benefit the target group and that even owners of foreign-registered vehicles were enjoying the benefit.

The plan, originally set to be implemented on May 1, was to introduce a tiered pricing system for petrol, depending on engine capacity, while foreigners would have to pay the market price.

It called for the mandatory use of MyKad to differentiate Malaysians from foreigners, requiring the need for MyKad readers at petrol stations.

Ismail Sabri also announced that a subsidy rationalisation laboratory headed by Minister in the Prime Minister’s Department Datuk Seri Idris Jala was in place to study the implementation of all subsidies, adding that apart from the fuel subsidy, the laboratory was also tasked to review other areas which the Government subsidises.

“In the meantime, foreigners can still purchase petrol according to the pump price but the policy governing foreigners when purchasing petrol at the border areas remains.

“My ministry will propose to the Cabinet a certain policy to control the purchase of subsidised fuel among foreigners because we need to ensure that the subsidy goes to the targetted group,” he said.

Last December, the Government announced that foreign-registered vehicles would only be allowed to pump a maximum of 20 litres of fuel at petrol stations within a 50km radius from the border.

He also dismissed talks that the restructuring plan was not viable as it was difficult to implement, claiming that a study conducted showed that it could be done without much hassle and inconvenience, or cause consumers to wait long while their MyKad was scanned.

There is also the possibility of someone making a quick buck from supply of card readers.

Thank you Prime Minister for being sensitive to the people. Perhaps you need to push the point of doing the extra mile for the people with your Ministers.

Did Ismail consider that it reflects badly on him as he is unable to conceive a plan that makes sense and could be received by the people?

Rakyat didahulukan. Don't just say it but understand it. Ask himself has he considered the people's concern prior to conceiving his plan.

He could have done a survey to understand the public response and concern before pursuing what he wanted to do.

Sure hope he is not one of those Minister who "malas fikir" and think being a Minister is about the glamour of power.

It is actually artificial.

Things have also changed. Being a Minister is not a reward and to flaunt the glamour of power, it is about working.

A rich country like Malaysia must move away from susidies and work toward paying real wages for our workers. Since 1957 the National budget has grown ten time so has the GDP. But look at our wages. At most it has increased by 3-4 times.A new PTD office was paid RM592 Basic in 1967 and today what does he get certainly he does not get RM5,902. And now someone has come up with idea to Security Guards RM1,400 in order to stem the flow of foreign workers in this field. The reason for this flow of foreign workes in this and othe fields are governed by vested interest. Unemploment of Malaysian is the last thing on their mind. And, further name a county that ths the Per Capita income of Malaysia that imports workers to do the DDD jobs.

You see, when you pay real wages you do not have to give subsidies. The invidual will decide if he wants to pay for the high fuel price or save the money and take public transport. The government should focus on providing infrastrcuture and leave the choice to individuals.You will be right at least 60-70 time out of 100 correct.

Our GDP stands tody at RM400Billion. We are not a poor country. It is our style of spending that is causing the problem. In this country we have enough wealth the meet the needs of every individual without exception but believe me we do not have enough wealth for the greed of one mam. Ralalx.

It is very common that we see minister like to open thier big mouth ,announcing something stupid or talking stupid thinking that the public are stupid too like them.
Its much regretble to see the goverment and its policies are sometime becoming lughfing stock, making us wounder that, are we electing the right person to be our policies maker or are they putting the right person to take care of the portpolio concern.

We had enough of the last flip/plop goverment, how much further we must tolarate all this noncence ?.

You are not welcome here. You have nothing to add to any discussion.