One candidate that could win but shouldn't 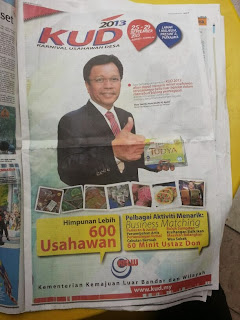 Sinar Harian today reported Dato Shafie Apdal feeling confident of winning tomorrow. In politics, that statement serve to create an air of winner. Voters have a tendency to vote a winner.

With his overzealous effort to "remember" the delegates down there and advertise everyday, the pragmatic prediction is he will win. However, that does not deter us from expressing a different and  unfavourable opinion against him.


Throughout this campaign, one will observe that Papagomo campaigned hard for Hishamuddin, GAP is asalkan bukan Hishamuddin, and Bujai and Braveheart moved from anti-Hishamuddin to pro-Hishamuddin.

There are those like Azhari Siddiq seemed to favour Shafie, Bigdog for Mukhriz, and Medan Info for Zahid.

Every blogger is entitled to their own opinion and expressing it in their own style. So do we ...

Our approach to the UMNO election had been to merely report happenings mainstream media will not cover and intersperse with our opinion. The nearest to campaigning we did was to highlight underdogs. But this afternoon posting is unusually straight forward.

The more aggressive expose will have to wait next week. The last we want is to have issues neutralised by shallow political arguments. 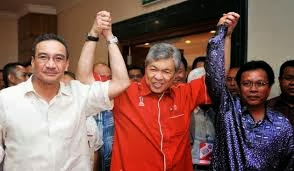 Over lunch yesterday with a former UMNO wakil rakyat, now with opposition, he said Shafie is the most unimpressive and unnoticeable among all the UMNO Vice Presidents.

For us, there is truth and false to such claim. Shafie is supposed to takeover Dato Ali Rustam's portfolio of training and in charge of overseas students. What happened to UMNO training and engagement with students abroad?

As far as we know, it is UMNO Penerangan that have been working tirelessly on training but that is more for general election preparation. Have the students abroad been an asset or liability to UMNO? We do not know.

The false side is Shafie does not have to gloat over his efforts and programs. Upon surfing the internet, there is quite a bit of information on Shafie and his Ministries plan. As usual, it is poor information dissemination strategy.

The information we uncovered also gave us leads to the amount of budget his Ministry is taking charge off. If there had been no changes, the power to approve projects and developments in the Rural and Regional Development Ministry is within the Ministry structure like the time of Tan Sri Aziz Shamsuddin.


Before looking into that, let us see the latest issues involving Shafie first. The most sensational has to be his alleged marriage to a model Zahida Rafique. It is a potential explosion awaiting to happen. We wrote about it in 2010 here and here.

Then in April 2012, the alleged affair blew over again. This time with PKR politicians making allegation that Zahida is his "banker" using statements and police report made by her driver. Read here and here.

Shafie said he is prepared to sue. Did he sue? Read here. 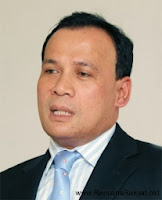 In our September 2012 posting here, we wrote of a Shafie man being charged for bribery. Can't confirm but we heard he was acquited.

But that was enough to alert us that Shafie is not as good and clean as annual speeches at the UMNO General Assembly and his low key friendly image turn out to be.

In October 2012, we wrote here about the strange purchases of property overseas by Mara Incorporated. Read the report on CEO Abd Halim Rahim here.

It was a giveaway to suspect the purchase comes with a kickback by inflating the prices. The more and frequent property transaction, the more masyuk.


The recently announced allocation in the PM's Pemerkasaan Bumiputera speech mentioned of RM1 billion allocation for MARA. By the next day, MARA announced plans for Giat MARA to buy a RM500 million building. [Sorry still looking for the link]

A friend did say that there are big plans for Giat MARA but it is for upgrading of it's centres. [Read Utusan here] Back in 2010, Auditor General reported of hanky panky in Giat MARA purchasing. Read Malaysiakini here. 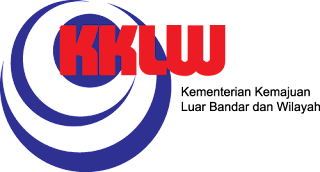 In our previous posting here, we wrote something about Shafie, below:

Within Sabah (and Sarawak), Shafie is not popular with the grassroot for the failure of his Kementerian Luar Bandar dan Wilayah (KKLW) to deliver the basic rural infrastructure of road, water, and energy.

It can be found in the Auditor General report for 2010 and 2011. Sabahkini wrote lots of expose on this matter like here, here and the video below:


The complain in the video came from BN MP and supporters and not opposition generated.

There are rumbling on the ground of cases of water pipes bought and placed at the site without any plan to install. Pipes install that have no water flowing because there was no coordination with the water authority.

There will be more coming like the laptop and solar energy program.

Already rumour emanating from Sabah is that there hands in Sabah KKLW intentionally over pricing in the multiple to market price and product usability of within 3 years to enable another budget allocated later. 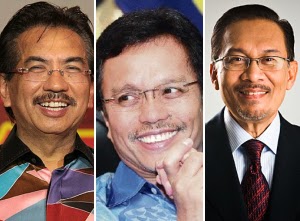 Shafie came from the right political breeding but recently in GE13, he placed his brother Yusof against the grassroot will to run in a Lahad Datu DUN. [Read here.]

That almost got the local BN supporters up in arms that Dato Musa Aman had to step in.

Musa has successfully stabilise Sabah politics and Shafie is ever jealous of Musa Aman. The political circle in Sabah pointed to Shafie for the political fund account in Hong Kong expose by Tian Chua. Musa side did fixed him back.

Back to our previous posting:


Already, he is not accepted to the Aman brothers dominated Sabah, which constitute a big chunk of electoral college votes.

In the past he had allied with Dato Dato Lajim Ukin and was involved in past financial scandal with Dato Yong Teck Lee and Dato Ambrose Lee. Dato Musa Aman had to rescue and turnaround the aftermath.

Read it on here.

Shafie can dismiss allegations of corruption or kickback using the usual excuse that he is distanced from the day-to-day running of projects in the Ministry and agencies under him.

Many years back, Tan Sri Anuar Musa could absolve himself from any allegation of wrongdoing for cases involving RISDA because it can't be traced to him. It is the government officials that had to face the court.

The problem is such argument is not believable when the failed and multiple mark-up are contractors and suppliers alleged to be his cronies. The perception is difficult to shed and will be a political liability.

Off course, this is strictly our opinion. 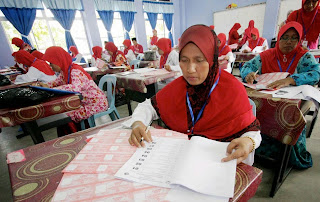 Voting delegates like to believe on the Sabah quota even though Shafie is not that acceptable to other leaders and grassroot in Sabah.

They are likely to weigh heavily on factors such as visibility, position, sombong atau tidak, turun salam dan tepuk belakang atau tidak. If the delegates do not see the risk Shafie pose, it's UMNO's baby.

Shafie's circle of influence is only limited to Semporna and nearby Tawau. However, his overzealousnes and willingness to do anything to be Sabah Chief Minister is a dangerous attitude and can destabilise BN and Sabah politics.

what about kak ijat? Tainted people shouldnt be selected. The leader not only need to be clean but look n appear clean too

A sad day for Sabah should shafie becomes the chief minister.