Power talk at The Escobar 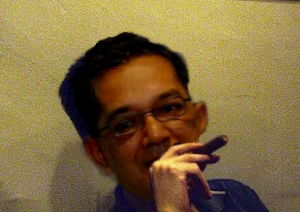 Something new turned up.

Our source told us that The Escobar rendevous between Dato Kalimullah Masherullah, Dato Ganen Saravananthan and Khairy Jamaluddin discussed something bigger than political power play.

He was telling us about a energy power play and to blow it up. Otherwise, it is done deal by the time Pak Lah people dominate the Supreme Council.

If it is destined to happen, it will happen. After all, why leak it too close to the UMNO election? Exposing it last week will have no impact. It will be brushed aside as politically motivated like Tan Sri Isa brushed the FGV expose as olden days poison letters.

Now that UMNO election is over and Syed Akbar's analysis [read here] claimed that Pak Lah's boys have dominated the Supreme Council. Then, it is timely to share this corporate gossip.

It is also time to play our usual role. 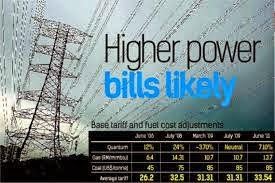 TNB's tariffs are going to increase. Everyone in government, industry and corporate scene knows this already.

Face it, the Budget for 2014 is going to inflict pain on Malaysians for the next two to three years - at least until the next UMNO elections in 2016. After that, "adjustments" will be made in anticipation of the GE14 in 2018.

Our worry is that by that time, it may be too late to make adjustments. The people are getting fed-up - menyampah and meluat.

If it is because of cost of production and scheduled tariff increase, it can be justified. People will be angry but over time with proper explanation and effective communication, hopefully it can simmer down.

Is that why the TNB tariffs is to be increased? 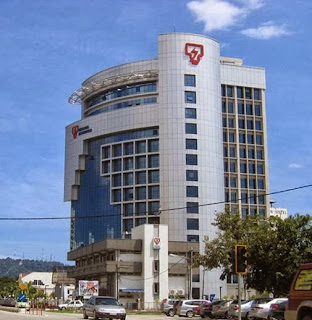 Our source told us that Tan Sri Nor Mohamed Yakcop and Khazanah Nasional have advised the government that increasing tariffs will increase government revenue and improve the government's ratings by the rating agencies.

It means the people have to pay extra for electricity so that the government's rating will improve. 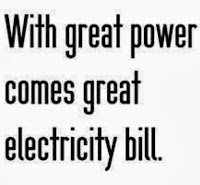 Why not the government reduce its spending or spend money more wisely which will also improve the govt's ratings without having to burden the people with higher electricity tariff?

Since when do government make policies based on satisfying rating agencies? If that rationale is accepted, this will be something new.

Bear in mind also that since the time of Dato Seri Che Khalib, TNB was overdue to increase tariff.

Crafty Nor Yakcop was going to exploit this. 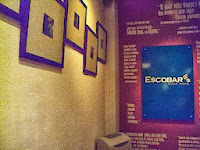 They are all linked directly or indirectly to Nor Yakcop.

When Nor Yakcop was Advisor to the government, it was him that approved the sale of Bank Bumiputera's subsidiary, Bumi Securities to Kalimullah at below market prices. Bumi Securities later became ECM-Libra.

Nor Yakcop also approved the (reverse) merger of ECM-Libra with Avenue Capital, a cash rich company owned by the MoF Inc.

However, there was a fourth person was missing and he is Lim Kian On, Managing Director of ECM Libra. This Seremban boy and later ASEAN scholar student in Singapore is the real brain behind ECM Libra.

Typical in Malaysia, the Chinese will come up with the investment idea and be the driver of the project even though it could be plagarised from a Melayu.

The three claimed that Lim Kian Onn came with a plan to break up TNB into many parts - Northern region, Southern region, and Central region. Each region will be hived off to a new company.

Lim Kian Onn, Kalimullah, Khairy and Nor Mohd Yakcop through his family member proxy may be getting a share or something from this break up of TNB.

How will this happen? 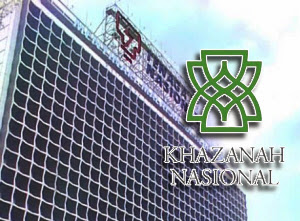 The largest shareholder and owner of Tenaga Nasional is of course Khazanah Nasional Bhd, in which Nor Yakcop is the Deputy Chairman and the undisputed boss by virtue of being the Chairman of the Management Committee. Ganen Sarvananthan is Khazanah's Director of Investment.

Conveneiently, Ganen will make the recomendation, Nor Mohd Yakcop will approve the plan and the Prime Minister, who is the Minister of Finance and Chairman of Khazanah, will sign off.

The insidious plan is for Khazanah, using their analayst, economist and financial "expert" to write-up the justification, will push for the breakup of TNB. 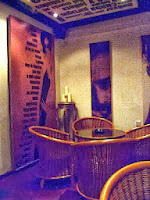 Kalimullah and his strong link with the island of Temasek and Temasek Holdings of Singapore will be waiting to take up a big portion of the share. Kalimullah, Lim Kian Onn and Khairy through ECM-Libra will also get another portion.

Other cronies will pick up their portion of a broken up TNB.

The higher electricity tariff  will increase the earnings of the broken up components of TNB. It will mean more money for Lim Kian Onn, Kalimullah, KJ, Nor Mohd Yakcop and Ganen. This is what they are planning to do.

It may looks like Pak Lah's boys are back in business. At least, Najib still has his men like JJ around to counter balance.

JJ used to be the Chairman of TNB and had invested in IPP. He should know how to save the Prime Minister and government from getting tricked into this scheme.

That is if his fingers are not in the same pie. 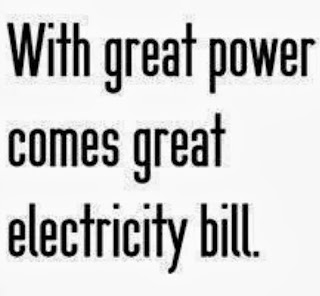 How to stop this scheming? Or rather, is there a will to stop such swindle?

Exactly what is happening really in our country ?

If this group of people think they can continue doing this wicked malicious treacherous acts against the country, I swear to God, a ballistic movement would render.

Next, you'll tell us our sewage system under Indah Water will be regionalise too. Wait ... Is Indah Water still around?

Interesting piece. And Kali is a greedy greedy conman. But i believe the people at TNB can smell a rat when they see one. They are doing a good job at the moment and the tariff hike is due to increase in costs, petrol, gas etc. Thanks for the blogpost.

Also, TNB is doing very well now in terms with the new deals with the IPPs. As much as Tun M needed the IPPs to generate power, the YTLs and Berjayas made a lot of money, unethically. TNB is putting a stop to that now and even Tun will agree.

Breaking up TNB and selling it off to individuals or companies you must be joking.Even the mahathirs IPPs are being scrutinised now.No idiots in their right minds will get away with this hope you dont think we are to believe this.