Did Najib read his BN Manfesto?

The toll issue and price hikes can be discussed at length with the pros and cons considered, financial numbers thrown in, economic looked into, and options explored, but forget all that. Let the apologist face the angry public.

Defending it will only make public more angry. Trying to steer the responsibilities away from UMNO to private sector and civil servants is equally hopeless. Not when Prime Minister's is beginning to fumble in his statements like post GE-12 Pak Lah after series of flip flop before this.

Public is angry with the series of price hike for one reason or another and at the same time, wakil rakyat are increasing their salary and allowance. In the case of Selangor, it is by as high as 3-fold.

So rakyat is not in the mood to listen and both sides is merely trying to point fingers on the others but themselves.

To most Malaysian, all the answers and arguments will be seen as 'standard', recycle and cliche answers. Since Dato Najib is both Prime Minister and Finance Minister and seen regularly in the media, he gets the brunt of the blame.

Najib said he emphatised with the rakyat but does he really? Or it merely reading reports on public reactions. As an aristocrat whose probably never did weekly weekend shopping at the wet pasar in his life, he hardly knows.

If he had, he would have gauged the rakyat's tolerance is already stretched. His reaction is as though he never felt what is like seeing your monthly wage shrink in purchasing power while not just salary increase is slow, job is more unstable and hard to come by.

If anak peniaga Minang from Johor Baru, Tan Sri Amirsham could be so obtuse to have said what is there to an additional RM20 per tank in reaction to the infamous 78 sen increase after GE 12 in 2009, will aristocratic Najib go beyond reading his officers' reports? 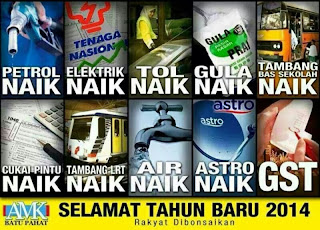 Another case of officers and advisers around Najib that has become too urbane and distanced from the rakyat that they do not even know happenings in the kampong. They think kampong folks can be so gullible to not realise that everything have went up within a short time.

Urban rakyat are also rakyat that cannot be ignored. Their grouses spread to the rural areas.


Then Najib said we have to move forward, which means this is the way of the past and I do not want to inherit past economic model but to create legacy of my own, (as per title in a coffeetable book written by Prof Khairul "Anus").

He has been warned but can be rather stubborn to heed warnings. Thought that he can avoid traps and pitfalls but yet still fell into the trap. Beware of the another trap. Rakyat is not in the mood to care for Najib's legacy but only their pockets and lifestyle.

To some extent, rakyat can be ridiculously stupid for not exercising their consumer power. China men chicken farmer raised chicken prices for raya, they still insist on buying chicken. They can't even boycott chicken for a week and to make them suffer financially.

However, in the current situation of weak leadership and made weaker for entertaining every demands in order to be popular, everyone - rakyat, raja, businessman, civil servants and anyone from the street - can threaten the PM.

Najib statement reads as per his twitter last Friday: 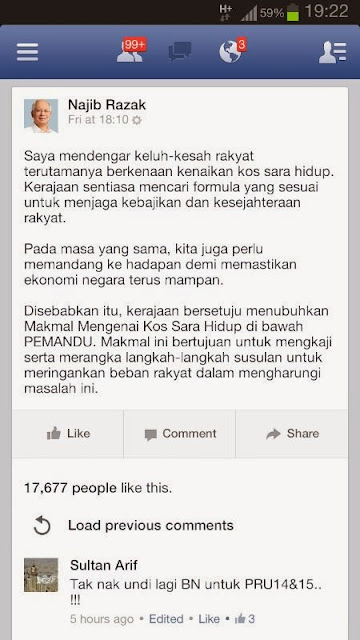 And still Najib said the P word... PEMANDU. He intend to established a Lab to study on the cost of living.

We already have EPU, JKR, Lembaga Lebuhraya, etc. There is also Dato Wahid Omar who had successfully restructured the UEM and PLUS to delay toll hike for PLUS highways by 10 years. 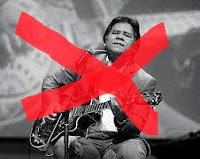 Why must it be given to Dato Idris Jala whose background is suspect?

He has has made many significant mistakes in MAS turnaround and ETP forecast on growth rate inconsistent and wrong.

It turns out that he is merely a Communications graduate from Universiti Sains Malaysia and started work in public relation, thus for his slick powerpoint presentation, and soundbytes?

Government will sing the blues if they sing along to this Kelabit's blues guitar playing. He only see things at the surface and too straightforward. Probably hardly understand his own suggestions and actions.

At a time, we are supposed to cut wastages in concurrent with making rakyat's life miserable, Najib wants to keep spending on consultants without concern on the budget. A small group of capable government servant is better than his multimillion dollar lab and consultants.

It's okay for aristocrat children or grandchildren to think with the sense of grandeur and class because they have rich parents or grandparents with unlimited wealth. But it is not okay to run government in the same tone.

It is called imprudent and wastage: 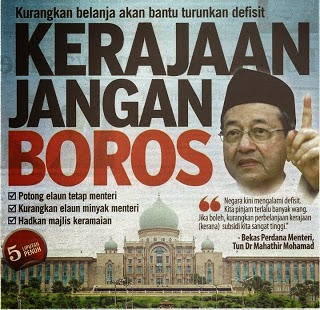 It is time that government have to stop wastage as said by Tun Dr Mahathir and is now being repeated by professionals and rakyat.

While the government jet issue has it's basis and guided by procedures, it is inappropriate in the days when rakyat's life is going to be made miserable by inefficent economic management and weak leadership. The leadership shows lack of sensitivity to the rakyat.

The issue is not just inflation. That is a fact of life. Even kampong folks can accept that.

For us, the toll increase is a fact of life too. Based on the financial model of privatised toll concession, that is the way. Back then, rakyat was willing to pay the toll for better roads, faster travel and efficient transport.

The common rakyat do not understand the fine technical issues. What is happening have been around and not a recent calamity. All they want are only results and outcomes. They know Government did not kept their words so do not come back with excuses. 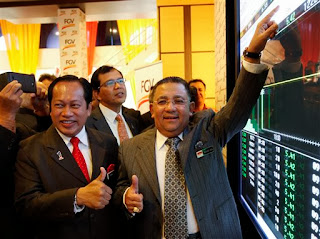 So do not give answers like what Tan Sri Isa Samad is trying to do, as reported by Berita Harian below:

On the same day and weekend, Dato Ahmad Maslan dismissed Perkasa to say UMNO is in charge and He basically dismissed Isa Samad.

From what Ahmad Maslan said, what is happening is within UMNO-led government policy, implementation, monitoring and control, and review. They are in charge and call the shot, not Perkasa.

To dismiss Isa Samad further, it is UMNO that was doing the politicking and committing the various political statements to make themselves politically appealing. Down to make the rakyat love UMNO President more than the party.

UMNO-led government postphone the schedule tariff, subsidy rationalisation and price increases to make themselves get voted in.

Najib went about the general election writing checks after checks as though bottomless budget given to privately owned sekolah cina. He claimed government budget was strong and borrowing level was fine and manageable. 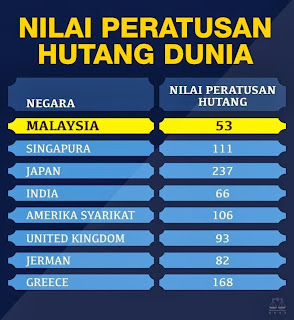 He ignored and did not heed Tun Dr Mahathir's advise to not be spendthrift and stopped the ridiculous way of giving money freely through BR1M. Government should be more responsible and help the rakyat through economic policies and programs.

Not "bribe" the voters.

After all the BR1M and in slightly more than 7 months after the May general election, rakyat will not accept Najib to come back to them and say we have to cut subsidies, and allow prices to rise. Throughout the campaign, he dispelled opposition accusation that BN means "barang naik".

Now us, BN supporters is having "batang tak naik" arising from his statement in the "Janji diTepati" nationwide whirlwind tour. He promised to gradually cut the city toll: 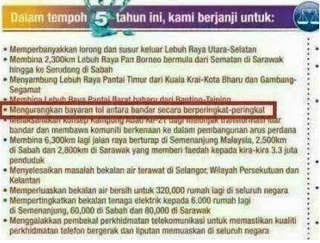 If that is not bad enough, the BN Manifesto mentioned as the first principle of the manifesto to address the rising cost of living: 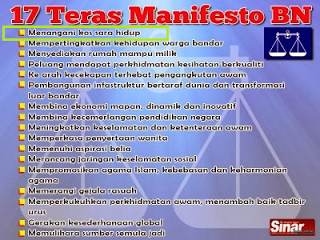 Now we have to ask:
Maybe we need to ponder also whether the Prime Minister do thorough study and thinking before making decisions despite his decisions are usually at the 11th hour and often than not, he change his decisions after public have reacted negatively.

And the fact that he thinks Omar Ong is such a brilliant and great adviser that he ignores the feedback by everyone also can raise question on his ability to be objective.

Often than not as the general election proves, his stubbornness led him wrongly on many occasions. Continue so and he will surely be the next opposition leader.

study on the cost of living. Waste time study as the conclusion is 'tak dapat nak di elakan, cost of living high, tak caya Tanya Oh.Bah.. Ma.
Better to study 1+1=2 not 11 cause that how they made it to Forbes.

his "Legal salary"if you add on, already big...

Whatever the BN Government as led by the UMNO with the 13 component parties want to do, please DO NOT remove the SUBSIDY on RICE.

This is the problem Najib the self appointed Imam of Islam Ahli Sunnah Wal Jamaah relying too heavily on Idris Jala the kelabit medicine man and Omar Ong, the greenhorn, anak mualaf Mustapha who tried to bribe the NY taxi driver.Omar sedang menghancurkan PETRONAS.

But in other third world it is not too difficult to get of this type of leader.

Najib is trying to build his own legacy. He will be remembered as the weakest (worse than Pak Lah) PM of Malaysia and his greatest legacy will be the downfall of UMNO-BN come GE14 (or probably earlier).