David Teo got slapped, but Mahathir reduced to a minnow 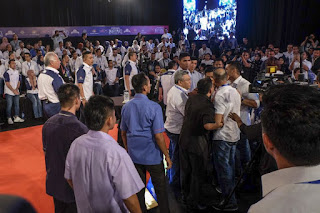 The pentaksub will be furious and cannot take this kind of denigration of their revered lord.

True enough, having followed him for decades and supported him for more than a decade, he became someone we do not know anymore.

The video of the incident on the night of TN50 townhall style dialog between PM Dato Najib and people from the entertainment-side of the creative industry on May 17th [read MMO here] became the #3 most trending on the Internet.

The mystery behind the series of action remains but Tun Dr Mahathir cannot stand that some member of the public was impressed with Dato Najib's coolness with the situation.

It proves Najib could have  handled Nothing2Hide, but out of respect for Mahathir then, he avoided a confrontation.


It is as cheap and unbalanced a line as the commentd of pro-opposition filmmaker, Zan Azlee Zainal Abidin known for his "correct, corrrect correct" political You Tube video series fame [read The Star here].

Having known the man -


excited of his elevation to premiership; watched his earlier days political squabbling in UMNO, including splitting the party after cheating to power in the Team A vs Team B fight; witnessed the victory that came with change in the physical appearance of the country - the Peninsular side that is; disappointed with subsequent power abuses, corruption, nepotism and cronyism; impressed with his handling of currency crisis; supported him against foreign-backed reformasi; followed him upon retirement; and to finally grew wary of his sincerity to leave

- one cannot help seeing this statesman reduced to a retired politician at the twilight of his life in desperation for power to save his failing legacies.

Hell, it could be David Teoh and waccamacallit Suaiman Yassin putting up an act to revive their sagging fortune.


Mahathir does not need to comment and pass aspercions against Najib for an event that continued its useful dialogue and feedback for government. 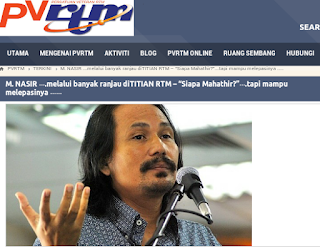 Mahathir said such incident never happenned under past Prime Ministers.

What about the attack and blackout singer M Nasir get for making a provocative but ambigous remark, "Siapa Mahathir" then? 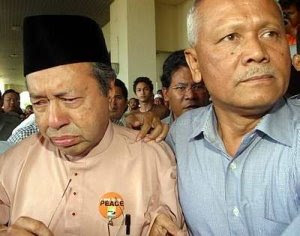 What happened at the Kota Baru airport that led to him being pepper sprayed only few feet away from yours truly?

He repeated the same allegations he made towards Tun Abdullah for curbing any criticism against the Prime Minister.

Now he said it is only Najib.

What about the ISA he used repeatedly against the majority opposition leaders, and some UMNO leaders, in which the claimed unrest and security threat were never known?

Was the media free to report any dissent against the Prime Ministers as he had done towards all his successors?

What about the many books banned during his time?

What about the treatment to the reformasi street protestors? 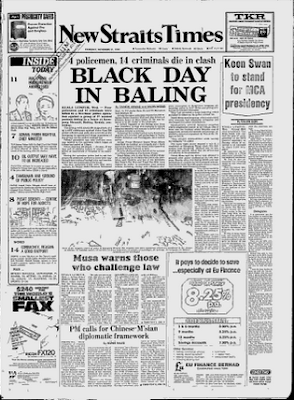 Should we raise about Memali, in which he orchestrated within Malaysia despite claim he was already abroad and passed the responsibility to Tun Musa Hitam?

Justified or not, attributed to him or others, it happened during his time.

Najib never change the rule of the game to suit his political purpose as Mahathir had done.

Principles and institutions are not compromised as Mahathir did to the judiciary and royalty. 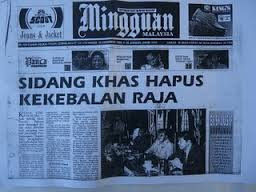 Mahathir levelled his criticism at TV3 but this was the same TV3 of his time.

Only this time, there are other channels on Astro and Internet TV giving the other side of the story even how twisted it is. 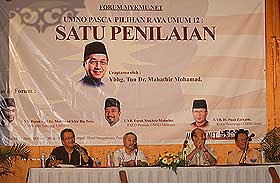 Immediately after GE12 at a function in Hotel Dayang, Petaling Jaya, Mahathir fanatics was almost ready to beat a Pemuda UMNO from Dato Khir Toyo Division to the pulp for an unfinished question to him that begin with a senario of Anwar taking over as Prime Minister.

He was quickly escorted out for his safety. Mahathir only looked with a smile on stage without even allowing the boy to finish his question.

There was no act in the manner that Najib did to cool things and say "Tak payahlah sampai nak tumbuk". 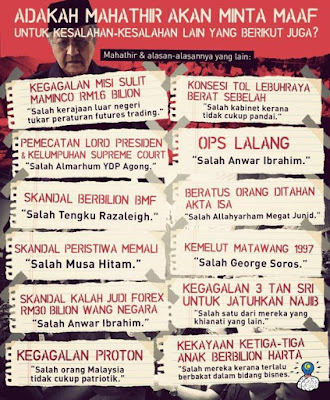 Today, time has proven that his initiatives failed and could not last in the manner of institutions that Najib's father, Tun Abdul Razak could put in place.

No commercial venture could sustain based purely on protectionism, nationalism and patriotism, but hidden behind a complex web of nepotism, cronyism and proxy-ism to cover up corruption, self interest and power abuse. 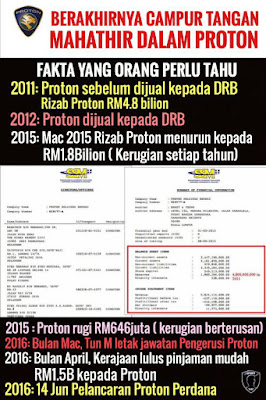 Proton failed due to his tendency to interfere in planning and management. It served to protect his family-linked overpriced suppliers. 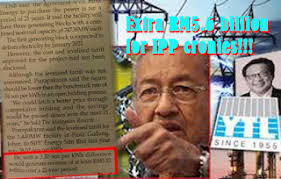 Many more to uncover behind his vehement opposition to the nationalisation of IPP. 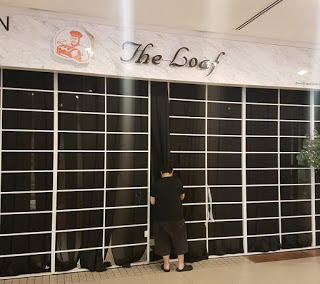 Even his small ideas like his bakery, The Loaf could not sustain.

This is despite our frequent visits. He could not get even the support of his children and grandchildrens, who prefer posh joints at Publika and BSC. [Rocky Bru here].

The real reason for his failures is his politics.

It deviate from good governance, best practise management, and extensive planning to cater to his "political" flavour of the day.

It is not Najib that destroyed his legacy but it is his current U-turns that changed all his views and positions in the past.

Ironically, he claimed the Najib that continued the basic framework from the past with more civil liberty is now not as good as the past that he has U-turned on.

The political genius of Mahathir in applying the levers of power and spinning out propaganda is without any doubt.

The Mahathir we know would ask around for views and opinions. He would go around some 10 people before he finally make his decisions.

Mahathir does not deal with micro issues. He is a macro man, who see the whole matter comprehensively and the various implications.

Quite often as his lietenant used to tell, political.consideration rules the day just as he postphones VAT.

Due to his obsession for power and preserve the wealth of his family, cronies and proxies, he has reduced himself to spinning like any simpleton blogger would have spinned. 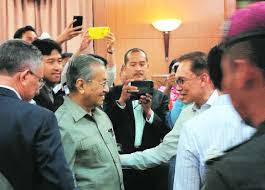 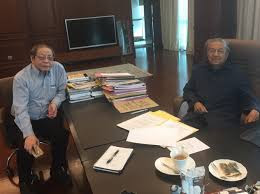 The need for Mahathir himself to give a political spin revealed something desperate and suspicious.

Immediately after the event, a friend observed You Tube was "pushing" the video.

It means someone paid You Tube or there are paid accounts with the video that You Tube would push up in  the pecking order. Who owns Viral Malaysia account here?

The first thing that come to mind when told of this is PPBM. They have been paying to get their news on FMT, Sinar Harian, and up on Google plus You Tube.

Why would a seldom updated journo-blog with not much depth in content and purely copy paste be paying ad to Google?

The only plausible answer is the Mahathirites are paying to promote their materials on the internet.

To some, it looked for real because David Teo was known to be loud and rude. Moderator-actor Rosyam Nor mentioned he was "memang kurang ajar".

Our sister-in-law was surpised that when David Teo was slapped, he was not stunted but immediately kicked back his attacker.

It is also a mystery that the security details of the PM was quite relaxed.

It was only a month ago that both David Teo and Yassin were seen at a wedding in the main table of a Tan Sri that used to serve Mahathir.

To whom this former Minister pledge his allegiance today will be a mystery as much as the soft spoken man himself is deceptive and difficult to predict.

David Teo is known to have benefited from government outsourcing and accessible to the corridor of power.

Maybe he has become another Wardina and Dato K-Siti Nurhaliza. Or maybe it is an attempt to revive his fortune. 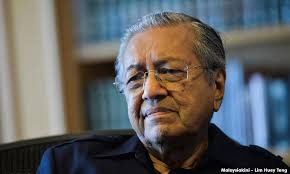 At the end of it, Mahathir has reduced himself into a minnow as his PPBM is falling apart.

Heard something happened today. Nothing happen under this former dictator's watch without his consent. Is it his own doing?

is this a joke?

Mahathir is the joker.