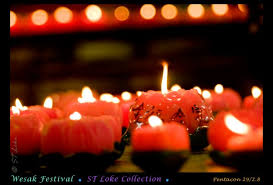 Happy Wesak to all Buddhist.

It is the day to celebrate the enlightment of Buddha. Sometimes it is described as Buddha's Day.

Two news today were rather shocking or as described in this posting title as "Wesak surprises".

Surprise to some party and perhaps, shocking to another party. For the rest of us, hopefully there is enlightenment. 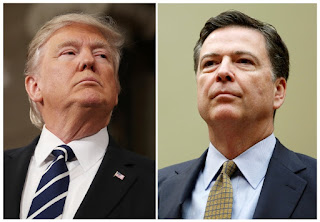 From the land of the free and the home of the brave, President Donald Trump fired FBI Director, James Comey.

He must be remembered for giving Trump a favour for the Malaysian campaign practise of throwing a last minute bomb on Trump's opponent, Hillary Clinton.

In Hillary's case, she was a goner the moment Comey did a U-turn from absolving her to reinvestigate her e-mail scandal.

Quite a fair enforcement officer he is. Comey then investigate Trump for alleged collaboration with Russians in the Presidential election campaign.

Only this time he is fired by Trump.

Bet Trump will claim it was for his unfair action on Hillary. [Read in NST report here]

The removal has implication to us Malaysians. A friend text below:

What happened to the 'shocking and explosive' DoJ/FBI announce last July??

Key players out, investigation no where, no monies "recovered and returned to the people of Malaysia"

The Malaysian people will not get a chance to get "their money returned" sob sob sob ...

The claim by former US AG is still puzzling as it means there were  extraordinary profit from IMDB investment as alleged by opposition, detractors and DOJ.

Thus far the known returns are quite within expectation.

Blogger Husin Lempoyang here saw the similarity in the events between Malaysia and US.

More political drama to come from the Donald Trump reality show. Will he be assasinated or impeached? 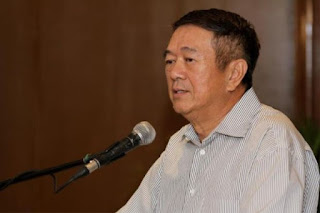 In the local front today, corporate personality and Mahathir man, Tan Sri Lee Kim Yew had his assets frozen by Inland Revenue Board.

The Star here highlighted the frozen FD is in a foreign bank.

LSS seized on the moment:


It believe this may be one of the "friends" that Mahathir complained repeatedly in his blog postings and ceramahs that they were being "harassed" by LHDN for being close to Mahathir.

Quick Tun Mahathir, you have to work faster or the govt is going to go after more of your tycoon "friends" who had owed hundreds of millions in unpaid taxes legally and legitimately owed from decades ago!

Hello... you think being close to you means they no need to pay their rightful amount of taxes when you were PM? Make billions from your help but still want to evade taxes? Get you a big banglo there in Country heights and all is fine? Lend you their luxury jets for your personal use frequently and no problem?

Even the Country Heights boss agrees that he owes this and does not dispute!

It is believed that the money, which Lee had placed as a fixed deposit in a foreign-owned bank, had been seized in connection with RM22.5 million worth of tax liabilities incurred by Country Heights’ wholly-owned unit, Country Heights Sdn Bhd (CHSB), for the years of assessment 1997 and 1998.

Note: The reason why LHDN seized more than the RM22.5 million owed is because there are penalties and interest when you are caught for tax evasion.

As the popular American saying, "There is only two things sure in life - death and taxes".

For Malaysians just learning the lesson on responsibility to pay taxes, the enlightenment is the near death experience of paying tax in arrears.

It is a flawed argument. Big or small, it is corruption and still an offense.

Small cases is not a priority but still where there is complain as the case with overclaim by police which are repeat offenders and sum has accumulated to six figures, it has acted on.

Big cases is not so simple. It is complex and many loopholes need be plug before a credible case can be made.

When it involves cross border offenses, it beccomes more complex. For instance, when there is no offense committed within the originating country, how is a case to be made out abroad?

Those making various accusations openly should go to MACC or various agencies to share their evidences. Seldom they go there to reports something else or just gave a general observation.

To charge for offences requires evidence, not news report from WSJ or most unlikely snippets of evidence from Sarawak Report.

Even FBI and DOJ case is weakening because they did not investigate. Must have been materials from the magination of alarmist Matthias Chang.