Half full and not half empty for 1MDB's Bandar Malaysia 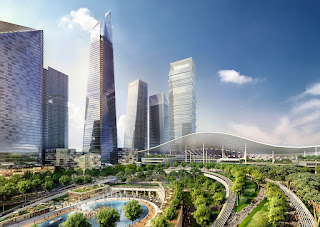 They failed to meet their payment obligation thus the Bandar Malaysia revert to the original 100% shareholding by Malaysia of Finance.

Malaysiakini was quick to highlight in their report that "... RM7.4 billion deal collapses." FMT was less provocative as merely "Bandar Malaysia Agreement lapses" to publish a Bernama report.

At the material time, it is not clear why IWH-CREC did not execute the agreement. It could be any thing from China capital control measures to IWH commitment for Johor.

However, this is not half empty but half full as it is beneficial and opportunity for 1MDB to realise better value for Bandar Malaysia. 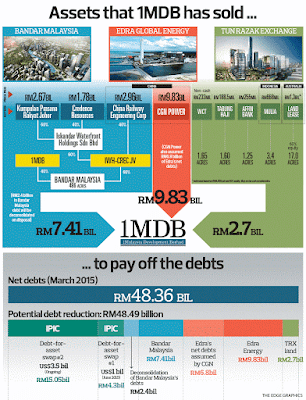 The sale of 60% in Bandar Malaysia was done at a rush due to some noisy old man, whose time has passed but making a racket. It was necessary to revive investors' confidence on the economy and 1MDB and address public concerns.

The economy is looking to be on the road for recovery since the deal was initially made. The country is out of pessimism from the fall in oil revenue. The only issue left is the political aftermath.

There is much benefit to be derived from the lapse or maybe pull-out. 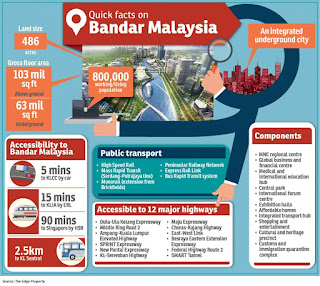 There is better value for 1MDB to derive from new investors for Bandar Malaysia.

With international media acknowledging that 1MDB have resolved its major headache with IPIC with a win-win resolution, report is favourable for 1MDB. The investigation and criminal issue, if any, is a separate issue than the lingering rationalisation.

If it is the usual barriers and constraints in any business, the timing for such problem could not be any better.

Time is on 1MDB side to secure a better deal and more so, with economic, stock market and ringgit conditions getting better since the solution for the IPIC impasse.

When the 60% was sold two years ago, the HSR to Singapore was not consummated. Today it has and Bandar Malaysia will be a strategic property as a transportation hub. 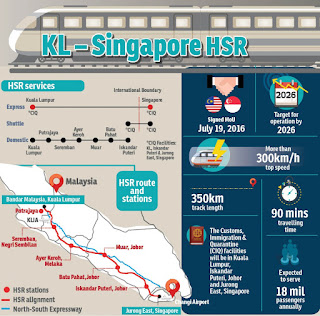 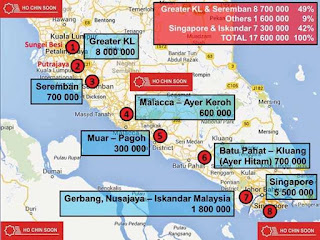 The press release by 1MDB: 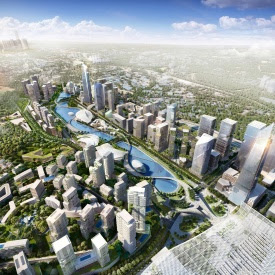 1. TRX City Sdn Bhd would like to announce that the Share Sale Agreement (SSA) entered into on 31 December 2015 with Iskandar Waterfront Holdings Sdn Bhd (IWH) and China Railway Engineering Corperation (M) Sdn Bhd (CREC) – who on 21 July 2016 assigned its benefits and responsibilities to IWH CREC Sdn Bhd – regarding the sale of 60% of the issued and paid-up capital of Bandar Malaysia Sdn Bhd, has lapsed.

2. This is because, despite repeated extensions being granted, IWH CREC failed to meet the payment obligations outlined in the Conditions Precedent under the SSA. As a result, the share sale agreement between the parties stands null and void with immediate effect.

3. Looking ahead, given a significant appreciation in the value of the Bandar Malaysia land, TRX City’s sole shareholder the Ministry of Finance will now be retaining 100% ownership of the site to ensure that the Malaysian people benefit from its development in its entirety.

4. TRX City will immediately be inviting expressions of interest for the role of master developer of Bandar Malaysia, with full ownership being preserved by the Ministry of Finance. The selection process will involve very strict criteria, including track record, speed of delivery and financial capability for such large scale development. This is to enhance all aspects of Bandar Malaysia, including its role as a business, transport, residential and tourism hub.

5. The steps taken today will ensure that there is no detrimental impact on the long-term development of Bandar Malaysia and that, upon its completion, the site will serve the national interest to an even greater extent than before.

6. Bandar Malaysia will be a catalyst for economic growth and national development. The biggest development site in Malaysia in a key strategic position, it will offer many business, investment and employment opportunities, including Kuala Lumpur Internet City, the hub for the new Digital Free Trade Zone. It will also be Malaysia’s transport nucleus, connecting the Kuala Lumpur-Singapore high-speed rail, MRT lines, KTM Komuter, Express Rail Link and 12 highways.

Please contact Maisara Ismail at maisara.ismail@trx.my for any media enquiries.


More and more recent development proves the pesky old Keling is wrong and a liar. He was behind an all out attempt to sabotage the economy for his selfish politics and self preserving his cronys.
at 5/04/2017 12:50:00 AM

I wouldn't be so sanguine.

Where are these new investors coming from? Saudi Arabia? Qatar? Abu Dhabi? Singapore?

Hey, maybe even Bill Gates, Jeff Bezos or Warren Buffet could be invited to take a stake in Bandar Malaysia! Or even Jack Ma.

Temasek Holdings? After, all, the Singapore SWF is already partnering Khazanah in 2 big real estate projects in Singapore.

Maybe the WSJ got it right when it reported that the Chinese government had put the kibosh on CREC investing in Bandar Malaysia. China has been clamping down on capital outflows

I'd hold off on the spin.

And worry that a signed deal can be arbitrarily terminated.

What signal is this going to give to foreign investors?

There don't have to be a Bandar Malaysia to begin with. We don't bloody need one. There have been too many new bandars that don't really serve much purpose for average Malaysians. This kind of speculative rubbish will only congest the already congested KL out of incompetent planning.