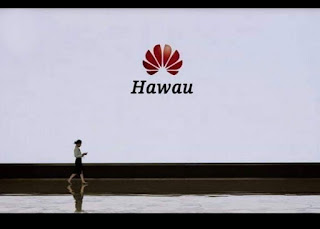 Top US corporations from chip makers to Google have frozen the supply of critical software and components to Huawei Technologies, complying with a Trump administration crackdown that threatens to choke off China’s largest technology company.

Chip makers including Intel, Qualcomm, Xilinx and Broadcom have told their employees they will not supply Huawei till further notice, according to people familiar with their actions. And Alphabet’s Google cut off the supply of hardware and some software services to the Chinese giant, another person familiar said, asking not to be identified discussing private matters.

The moves, which had been anticipated, hamstring the world’s largest provider of networking gear and No. 2 smartphone vendor. The Trump administration on Friday blacklisted Huawei – which it accuses of aiding Beijing in espionage – and threatened to cut it off from the US software and semiconductors it needs to make its products.

Blocking the sale to Huawei of critical components could also disrupt the businesses of American chip giants like Micron Technology and retard the roll-out of critical 5G wireless networks worldwide – including in China. That in turn could hurt US companies that are increasingly reliant on the world’s second largest economy for growth. 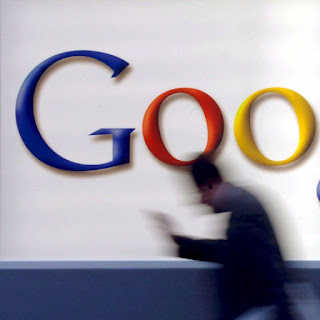 If fully implemented, the Trump administration action could have ripple effects across the global semiconductor industry. Intel is the main supplier of server chips to the Chinese company, Qualcomm provides it with processors and modems for many of its smartphones, Xilinx sells programmable chips used in networking and Broadcom is a supplier of switching chips, another key component in some types of networking machinery.

Huawei “is heavily dependent on US semiconductor products and would be seriously crippled without supply of key US components,” said Ryan Koontz, an analyst with Rosenblatt Securities.

The US ban “may cause China to delay its 5G network build until the ban is lifted, having an impact on many global component suppliers.”

To be sure, Huawei is said to have stockpiled enough chips and other vital components to keep its business running for at least three months. It has been preparing for such an eventuality since at least the middle of 2018, hoarding components while designing its own chips, people familiar with the matter said.

But its executives believe their company has become a bargaining chip in ongoing US-Chinese trade negotiations, and that they will be able to resume buying from American suppliers if a trade deal is reached, they said.

The American companies’ moves are likely to escalate tensions between Washington and Beijing, elevating fears that President Donald Trump’s goal is to contain China, triggering a protracted cold war between the world’s biggest economies.

In addition to a trade fight that has rattled global markets for months, the US has pressured both allies and foes to avoid using Huawei for 5G networks that will form the backbone of the modern economy.

“The extreme scenario of Huawei’s telecom network unit failing would set China back many years and might even be viewed as an act of war by China,” Koontz wrote.

“Such a failure would have massive global telecom market implications.”

The American clampdown also deals a direct blow to Huawei’s fast-growing mobile devices division. Huawei will only be able to access the public version of Google’s Android mobile operating system, the world’s most popular smartphone software. It will not be able to offer proprietary apps and services from Maps and search to Gmail, said the person, who requested anonymity speaking about a private matter. 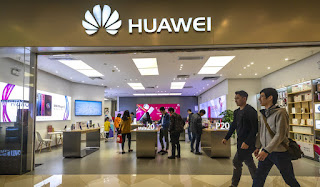 That will severely curtail the sale of Huawei smartphones abroad, though it’s unclear when those apps – which are popular mainly outside China – will become unavailable.

Huawei, the world’s largest smartphone brand after Samsung Electronics, was one of a select few global hardware partners to receive early access to the latest Android software and features from Google. Outside China, those ties are critical for the search giant to spread its consumer apps and bolster its mobile ads business.

The Chinese company will still have access to app and security updates that come with the open-source version of Android. Reuters reported the move earlier.

“We are complying with the order and reviewing the implications,” a Google representative said, without elaborating.

The implication to world trade and consequently, world economy is far reaching.

It will have impact on Malaysia's 5G plan in the collaboration with Maxis and Digital Free Trade Zone with Jack Ma's AliBaba.com, but the corporate people should do what need be done.

Having given away Samsung smartphones gifts - voluntarily and involuntarily, Hua Wei was a natural progression. It is cheaper and technologically compatible.

And, it was suitable to this no fad chaser. Latest technology get cheaper within months thus pointless to pay premium for the latest. No necessity for latest techonology too.


Portugal Aptoide join Huawei Hongmeng totally eclipsed Android & Google, Intel, Yilinx & Broadcom. Qualcomm break rank with Trump, wanted to continue supplying Huawei. Huawei Hongmeng chips already replace all USA made chips. Announcement in next 2 weeks. Worldwide Ramifications. Trump can attack all phone makers in China. China will be replacing all USA made chips & Google Android. Taiwan chipmakers told Trump to fuckoff. China will not negotiate any trade deal with USA until Trump is replaced in 2020. Moscow is 100% behind Huawei & Huawei will install 5G for Russia, sooner than Europe. Trump, Bolton & Pompeo shot themselves in their groin, worse than their foot. Next two S & P 500 will drop like a hot potatoe.


Philanthropist Li kaShing, and C C Wei, CEO of TSMC(world’s largest Semiconductor foundry) have come out to support Huawei. This may be the start of more support coming from wealthy overseas Chinese. You may not learn about this in the western press. It’s in discreet Chinese forums. The beginning of Chinese go(weiqi) to surround the trouble maker.