Not only Deloitte was raided, PMO too ... Lack of evidence? 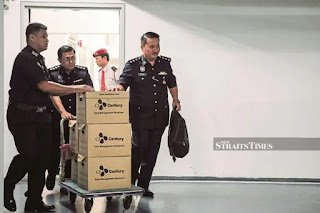 In the previous posting on Lim Kit Malam, the pun for him chickening out from a debate with Dato Najib, this blog touched briefly of the Deloitte raid by police on Thursday.

One former 1MDB staff questioned why the raid now when the case is already charged in court? Does it have anything to do with the trial being repeatedly postphoned?

Trial for cases related to 1MDB is supposed to commence May 1st but under guise of public interest, DPP requested for a new date and High Court judge Collin Lawrence Sequerah fixed the date for August 19-29th, whole months of September and October, and early part of November.

It is heard that the 1MDB cases had problems with documentations in addition to problems to corroborate the evidence involving foreign money trails.

In other word, it could mean AG have insufficient evidence. 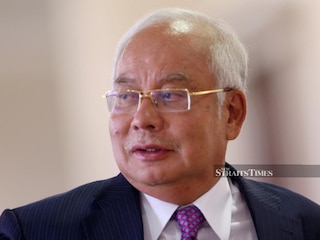 Malaysia would be an embarrassment to the world should it turned out the AGC conducted its affair by charging first, investigate later.

His first four charges were framed under Section 23 (1) and 24 (1) of the Malaysian Anti-Corruption Commission (MACC) Act 2009 while the other 21 charges were under Section 4 (1) (a) of the Anti-Money Laundering and Anti-Terrorism Financing Act 2001 (AMLATFA).

For the charges under the MACC Act, Najib, 66, was accused of using his then position as prime minister, finance minister, and chairman of the 1MDB advisory board, to receive bribes on four occasions.

The government could be under pressure to prove to the voters the allegations made against Dato Najib.

PH got elected by playing up the 1MDB issue to the hilt. Too much weight put on 1MDB as excuse and target of blame for the failure of the current government in managing its fiscal policies, economy and agenda of reform.

Failure to, not only win but, present a decent proof for propagandist to spin would be an embarrassment of the century. 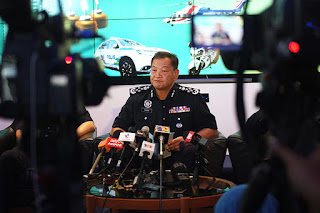 The government could not afford to be embarrassed and proven that the main allegation made against Najib could not stand up to the burden of proof in court.

The same for new IGP, Dato Hamid Bador, who risk his reputation and career based on the belief Mahathir is always right and would have done his research and investigation.

According to Malaysia Reserve, Hamid Bador told the media that Bukit Aman's CCID gathered relevant documents needed for investigation into 1MDB from the Deloitte raid.

However, he only said, “I believe that they (raiding team) have gotten something out of that… but I have not been briefed yet. 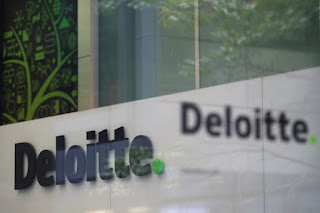 The raid came about four months too late after Deloitte was slapped with a RM2.2 million fine by the SC for infringements related to 1MDB’s subsidiary, Bandar Malaysia Sdn Bhd’s (BMSB) Islamic notes.

Deloittee is among the auditors of 1MDB. Extract from NST report below:


The audit for 1MDB for the financial years of 2010, 2011 and 2012 was done by KPMG before it was replaced by Deloitte Malaysia for refusing to validate accounts worth US$2.32 billion (RM9.48 billion).

Deloitte joined in 2013 but resigned in February 2016 after the DoJ filed complaints seeking to recover more than US$1.7 billion in assets traceable to funds allegedly misappropriated from 1MDB. It was replaced by Parker Randall.

Last year, KPMG released a statement claiming that the books it had audited for 2010, 2011 and 2012 were not “true and fair” assessments of 1MDB’s funds and that it lacked full access to relevant documents that were declassified only when the new government took power. 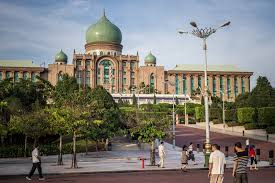 Initially, there was the possibility that the raid could be too gather more evidences for the charge made against Najib and Arul Kanda.

But, the charge was only for alleged interference in Auditor General's report on 1MDB. A testimony by Tan Sri Ambrin Buang and any decent judge would throw the case out.

It had to be the 1MDB case.

And, it came to this blogger's attention that police and MACC raided the former Prime Minister's Office at Putrajaya and scoured through documents at the "library".

If there had been any incriminating evidence, why didn't police and MACC did their search last year before charging Najib in court?

Had Najib truly had criminal intention, evidences would have been taken away?

The raid done more than a year ago at his home and Pavillion condominium last year could have found documents useful as court evidences for the case charged in September last year. 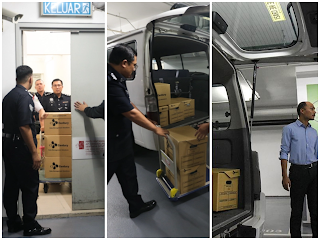 Why the raid now?

It could be indicative and almost a confirmation that AG have insufficient evidence for the August 1MDB case.

Most Malaysians forgotten that a statement Mahathir made in May last year to reject call for RCI on 1MDB. A concrete charge must be made first. In other words, he does not have evidence when he made his allegations.

The call for RCI was made by Najib, MCA President, Dato Dr Wee Ka Siong, and Gerakan.

While the search for more evidance,IGP hinted of new leads on Jho Low. He reiterated knowing Jho Low's whereabouts, and promises his safety will be guaranteed, if he and his family come back to Malaysia.

Would that not scare him to run?

Mahathir said the same in early May. Now, could that mean Jho Low did not bite the bait?

Trust Hamid Bador to be serious. The drama being played could be intentionally made to give the impression Jho Low would be a crown witness against Najib.

But, will that mean sparing a clear cut perpetrator to achieve the political objective and fulfilling revenge against a political rival?

That's not justice but abusing the rule of law.

Look at this most STUPID, RACIST, FOUL MOUTH and SEWER HALF-NAKED-loving BULLDOG Minister of Sports, syed sadiq, a typical coward BULLY and LIAR from the TERORIST DAP Party-controlled new Malaysian regime (PH party)! Trying to defend his most CORRUPTED, RACIST, FASCIST and SUPREMACIST DAP bull dog BULLY, kit siang, who COWARDLY had RUN OFF like CHICKEN-SH*T from a public debate that he himself, had proposed so arrogantly, with our beloved and great INDIGENOUS Malay Muslim leader, former PM, YAB DS Mohd. Najib Tun Abd. Razak! See –

Kit Siang is the new Charlie ‘Chicken’ Chickadie of Malaysia

By The Third Force

How Mahathir moves his billions