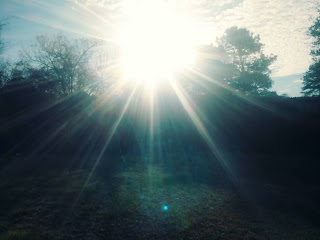 The previous diet and exercise regime went bonkers due to hamstring injury prior to the Sarawak trip at the last state election.

Seeing the progress made, a friend prescribed an exercise regime. He believed it is time to develop muscle and strength to fasten the weight loss. Though able to endure through it, the body was not ready for the strength phase.

That Sarawak trip was a test of will to endure the hamstring pain that adds to the discomfort of a rough journey into the interiors.

Since then, it has been a never ending series of weekly combination of massage, therapy of various approaches - chiropractors or sports therapist or physiotherapist, accupuncture - China Chinese, Malaysian and Koreans, and anything possible but short of an African witch doctor or Caribbean voodoo.

After some relief from a new mattress topper, a spontaneous decision to sit at a nearby park led to simple stretch exercise. It occurred that it maybe the time to take the bull by the horn and just do it.

Time has flown and thousands spent in the search to remove the endless pain. Even the next Sarawak state election is due by next year. Tempting preposition....

Too late that its better never 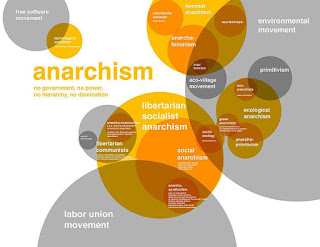 Over the CNY holidays, a friend from abroad enquired of a Mahathir fanatic, who graduated from turning critical of PH to critical of Tun Dr Mahathir. His recent blast at the Tun personally finally caught the attention of many to what was a trend leading to the inevitable.

Well, he finally saw the light that shone on us 5 years ago. You see, Mahathir planned for his return in 2014 and by Christmas that year, rumour was blowing stronger. There was a suspicious deepstate plan then hatching against the government of the day.

Prior to that last meet with Mahathir on April 10, 2015, a staff at his office was on gloating mode. When asked of a London meeting, he was giving justification. The confirmation is of interest and not the reasons.

By the time the meeting is called, Mahathir cannot be trusted already. He merely confirmed that he was collaborating with enemies of the state.

For this friend, his realisation is rather too late. He had whispered his doubts and reservation on the old man before. But he had to wait the country to be in a state of ruin before he could make that decision. For someone, whose ever critical bordering on anarchy and whose gung-ho on his and only view to border on narcissism, he is not so brave after all to only now cut his mamak umbilical cord this late. Despite making that hard decision, he still has not seen the light.

He still adhere to certain unsubstantiated religous belief that is devoid of spirituality but deep in hedonism and humanism. Still on that criticising for sake of criticising mode to be able to walk the true path of righteousness.

Without the ability to anticipate problems in the making and have any sense of responsbility on the outcome of his critiques, his writing just has no value.

Criticising for sake of criticising 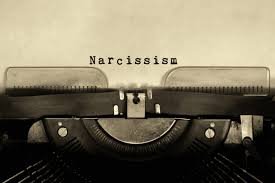 An extract from the answer Robert A Harmon gave to a question in Quota.com, "People tend to criticize others for the sake of criticism. Why is that not considered a psychological problem?" covered the psychological side below:


There are people with various psychological problems, narcissists in particular, who excel in using criticisms and other techniques to manipulate people. In the case of a true narcissist, there may be a mental defect which prevents them for either seeing or caring about the damage to other people. If not caught and dealt with early, a narcissist can diverge greatly from social norms and do an incredible amount of criminal damage to unsuspecting individuals.

Unfortunately, they are usually smart enough to interleave themselves into society and learn how to avoid responsibility for their actions. At some point, a narcissist passes a point of being criminally negligent and unaware, to criminally irresponsible in their intent.

There are other psychological problems which involve self “rightousness” and self centered behavior, usually resulting in being over critical of others. I am guessing that most of these involve abuse, trauma, or development which somehow alters a person’s value system. This is not a simple case of being “brought up wrong”; but, is a corruption involving the comparison of the person’s values to other’s values.

The personality problems this creates are usually obvious. If anyone is close enough to them to care, the issues can be resolved early by simple re-socialization. If the person is isolated and put into survival mode, they may develop a totally separate and anti-social personality from what is expected of them. They adapt to whatever is needed for survival. If they are put into a situation with the correct environmental factors such as the pressures of extreme competition and criticism by people they care about, it places them in a position where they must choose to be social or anti-social. At this point, they can go in any direction; but, will probably go in a direction that avoids or mitigates the painful influences pressuring them. If they cannot escape, it is the ideal crucible to form a narcissist or a damaged personality.

I am speculating that people with damaged personalities have families and raise children the same way they were raised, and never realize that they have altered personalities. Their personality is “normal” to them and is all they know. In this way, personality problems are reiterated generation to generation.

It is something to ponder and hopefully, a relieved body will lead to further enlightenment from self reflection.

For one, as age catches up and energy level lowering, the persistence in this blog's pursuit has been somewhat tame. At this stage in our writing, it is time to be more efficient. Having done our best, it may be time to just sing, "Que sera sera ...

The public will eventually realise but its usually too late. By then, its no more our problem. Let them endure. Rather keep my health and sanity intact through this national madness.
at 1/27/2020 12:28:00 PM