Another hardly saying anything spin by MalaysiaNow... 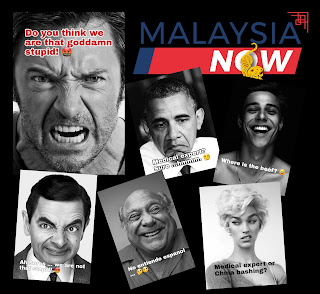 How about naming the medical expert?

The MalaysiaNow team is quite an incorrugible lot. Thought the last time they were at it in November 2021, they are over with the issue against Dato Vinod Sekhar and the emergency ventilator supply for Hungary at the height of the Covid 19 pandemic.

Its obviously politically motivated. If there was a case against Vinod, the relevant authority would have move in by now to apprehend Vinod and hold him up under remand. None yet or there is just nothing to work on.

The latest move by Abdul Rahman Koya and other suspected collaborators namely; Hilman Idham, Dato Saifuddin Abdullah and Dato Azmin Ali maybe intended to drum up public anger to pressure or justify the relevant authority to be more aggressive.

The MalaysiaNow report below and interspersed with comments in bold:

Revealed: Warning by medical experts over ventilators sold to Hungary by Malaysian businessman

Authorities in UK had withdrawn hundreds of units while those in Colombia instructed the removal of others after a number of patient deaths. 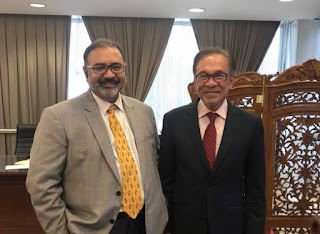 Vinod Sekhar, seen here with PKR leader Anwar Ibrahim, is the subject of a multi-agency investigation into allegations of money laundering. Photo: Facebook

A Malaysian businessman given a multi-billion contract to supply medical equipment to the government of Hungary in 2020 had sold ventilators that British doctors warned could endanger the lives of patients, MalaysiaNow can reveal.

The China-made ventilator models “Shangrila 510S” and “SH300” were among thousands sold to Hungary by Vinod Sekhar, a Malaysian businessman close to PKR chief Anwar Ibrahim, and who operates a chain of companies and organisations under the Petra Group.

Vinod is the subject of a money laundering investigation launched by multiple agencies including the Malaysian Anti-Corruption Commission (MACC), which raided the Petra Group office in Bangsar last November.

Information provided to MalaysiaNow from Hungarian investigative journalists showed that the two ventilator models were among 6,258 units bought by Budapest in a controversial deal approved by the European country’s Ministry of Foreign Affairs and Trade in 2020, at the height of the Covid-19 pandemic.

A copy of the agreement sighted by MalaysiaNow showed that Budapest had agreed to pay Vinod’s GR Technologies Sdn Bhd a total of US$559,600,000, which at the time of the contract in May 2020 converted to about RM2.43 billion. 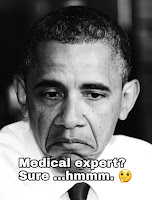 Comments: By depicting Vinod and Anwar Ibrahim as main image, it is clearly political in motivation.
The report could probably be intended to be diversionary. Zuraidah is being investigated by PPBM for collaborating with another political party, namely Parti Bangsa Malaysia. The 11 from PKR run the risk of being sacked.

But just a month before the agreement, senior British doctors had warned that ventilators of the “Shangrila” type that the UK bought from China were faulty, and could cause harm or even deaths if used in hospitals.

They pointed out problems with maintenance and oxygen supply as well as confusing instruction manuals, adding that the ventilators were built for use in ambulances, not hospitals.

“We believe that if used, significant patient harm, including death, is likely,” NBC News quoted a group of senior doctors writing in a letter dated April 13, 2020.

“We look forward to the withdrawal and replacement of these ventilators with devices better able to provide intensive care ventilation for our patients,” the letter added. 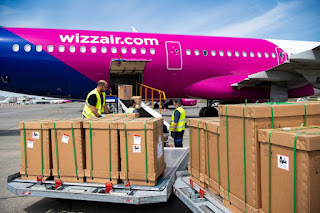 A shipment of ventilators being unloaded upon arrival in Hungary in May 2020, among thousands controversially purchased by Budapest at the height of the Covid-19 pandemic. Photo: kormany.hu

Some five months later, a 60-page report issued by the UK auditor-general on the purchase of ventilators for government hospitals in response to the Covid-19 pandemic confirmed the fears.

The report revealed that the Department of Health and Social Care had withdrawn 750 units of the “Shangrila 510S” ventilators, and cancelled a further purchase of 1,250 units from the manufacturer in Beijing.

“It withdrew the device, however, in response to concerns raised by some clinicians who, after testing the devices, did not consider them appropriate for use within an intensive care setting,” said the audit report, adding that the claim was confirmed by a clinical due diligence team.

Comment: The report was produced by NBC on April 30, 2020 here. That was almost 2 years ago! It looks more as an after thought issue MalaysiaNow need to create to keep the non-issue going.
In an interview, Vinod has already stated that he stayed out of the pandemic business because of his experience being just the introducer of the Chinese and Hungarians.
Believed Vinod has not only been cleared, because he made no money out of the deal between the Chinese and Hungarians. Probably ended spending his own money.
Do give him a break cause Vinod and Petra did a lot of welfare work for rakyat during the pandemic than almost any individual in the last two. They did foodbanks before it became fashionable and white flags were raised. 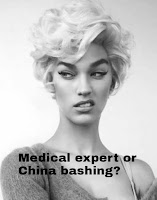 For the comfort of the sceptics, whacking Chinese product is common propaganda in the US. The effort did not quite catch on.
A simple search on the Chinese ventilator model on Google here reveals no other follow-up reports but only MalaysiaNow and their coterie of backers. Only MalaysiaNow Malay report found in the News Search here.
While it is only firdyfire joining the fray on twitter here, lets just ignore the knowledge challenged former TV3 editor. He is only about visual and soundbyte perception play.

At about the same time the UK audit report was released, health authorities in Colombia issued a warning that use of another ventilator model, the SH300, could be fatal, with at least six patient deaths linked to it.

Colombia’s National Institute for Food and Drug Surveillance instructed the removal of the SH300 after it found that the ventilator would stop or shut down unexpectedly, as well as deliver wrong data, citing compatibility issues as well.

Pages from a UK audit report (left) and a health alert issued by Colombian authorities (right), warning of the hazards of the Shangrila 510S and SH300 ventilators, among the China-made models supplied by Vinod Sekhar to Hungary.

It said it had been notified of 34 serious incidents caused by the ventilators involving 12 hospitals treating Covid-19 patients since July 2020.

Comment: Its a fourth party report and information have passed through too many Chinese walls to be credible.
No entiendo español. El documento original no significa nada. No tengo idea de la autenticidad del informe.

Meanwhile in Hungary, at about the same time the purchase was made from GR Technologies, the Hungarian Medical Chamber warned that “deaths among those requiring ventilator treatment and intubation are disproportionately high”.

The group also urged the government to investigate whether ventilators were being properly operated or if there were quality issues involved.

Revelations that some of the ventilators supplied posed a health hazard have already sparked opposition to Prime Minister Viktor Orban’s government ahead of parliamentary elections this April.

“The fact that a single ventilator’s average cost was US$89,500 is outrageous on its own, but if we add the information from the UK and Colombia – namely that two types of said ventilators are dangerous and their use could cause the death of the patient – the issue becomes a health and security risk for our country,” Márton Tompos, who heads the anti-corruption committee of opposition party Momentum, told MalaysiaNow.

“After we defeat Orban’s corrupt government, we will launch a full-scale investigation into the purchase and the role of each participant of this shameful transaction,” he added.

This was a view echoed by the Hungarian chapter of anti-corruption watchdog Transparency International (TI-Hungary), which urged Budapest to release specific details of its purchase of medical equipment from Vinod.

TI-Hungary said there were questions about whether the contracts awarded to GR Technologies had fulfilled transparency regulations in Hungary.

“In this specific case, it is unclear how the Hungarian government selected or recruited GR Technologies to supply respirators and other related goods,” TI-Hungary’s head of legal affairs division Miklos Legati told MalaysiaNow last August. 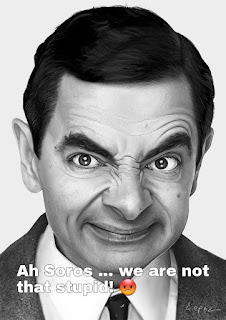 Comment: TI is politically motivated to fulfill George Soros intention to ouster the current Hungarian government. No credibility and repetitive propaganda by MalaysiaNow.

The credibility of MalaysiaNow is seriously questionable.

It is an open secret they are Azmin Ali funded to promote his political agenda. For the mean time, they are backing PPBM.

But where will they stand  should Zuraidah be reprimanded and sacked for being involved in establishing another political party?

Azmin could abandon PPBM should his demand to be appointed Deputy Prime Minister by Prime Minister Dato Seri Ismail Sabri not entertained. It is an open secret that Dato Hamzah Zainuddin is against the idea Tan Sri Muhyiddin Yasin support.

However, the likelihood of Ismail not entertaining the idea is there. Azmin is also looking at an option to piggy back a certain Minister into UMNO. That is Azmin.

As far as Saifuddin Abdullah, who could have likely accessed information from abroad, he is a failed Foreign Minister.

He thinks he is clever because he came from MCKK, but he is stupid. The recent comment against Cambodian PM Hun Sen with regard to Myanmar display his ignorance and arrogance on his role as FM.

Then there is Hilman Idham, Azmin's nephew and state assemblyman in Selangor. He is embroiled in a rape case and public is suspecting a cover-up.

There is an ensuing drama is still ensuing as the victim is filing a civil suit and Hilman is suing some Human Rights organisation.