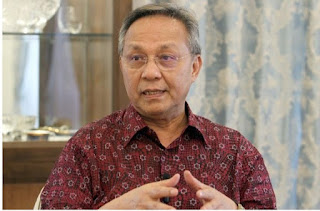 Star Online, February 19th' 2022
By Joceline Tan
DATUK Seri Hasni Mohammad (pic) was not well-known outside of Johor until recently.
The caretaker Johor Mentri Besar is now centrestage in a state election which some insist is unnecessary but which everyone is watching very closely.
On Wednesday evening, Hasni had a captive audience when he briefed the Umno supreme council meeting on the preparations for the Johor polls.
What he had to say was quite unlike what Umno leaders are used to hearing.
He said Johor was not like other Malay-dominant states such as Kelantan, Terengganu or Pahang.
In Johor, Malays comprise only about 52% of the population and Hasni stressed that the Barisan campaign must be sensitive to all races and the campaign must be conducted in a respectful way that does not hurt any one race. 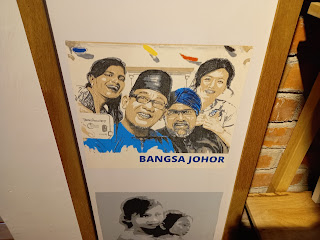 Hasni said Johoreans also have their own cultural traits and that moderation has always been important in the everyday lives of the people.
As such some of the rough and aggressive politics seen elsewhere would not be appreciated by Johor people.
He urged the party not to be overconfident. He said the campaign approach has to be modest and humble.
He said everywhere he has been of late, he could sense that Johoreans want stability so that their lives and the economy could return to normal.
He said the mood among Malays and Indians is very warm and the Chinese business community in particular is ready to swing back to Barisan Nasional.
His hope is that the election would bring back the glory of Johor.
"Hasni has a clear world view of everything. We could not have found a more ideal poster boy for Johor," said Datuk Seri Sharkar Shamsudin, a state exco member from Pahang which, together with Perak and Melaka, have been assigned to assist the campaign in Johor’s northern belt.
Hasni was supposed to be Barisan’s secret weapon except that it is no longer a secret.
The other secret weapon is election chief Datuk Seri Mohamad Hasan.
The Umno deputy president, known as Tok Mat, is coming in with the Melaka win under his belt. He was the strategic and organisational brains behind the Melaka campaign.
Mohamad said the Johor campaign cannot be run like in Melaka because Johor is bigger and more complex. It is 12 times the size and its population is triple that of Melaka.
As a result, he came up with an unprecedented arrangement, dividing the state into five campaign zones - north, south, east, west and central.
This will facilitate a more hands-on management of issues and problems that may arise during the campaign.
Barisan lost badly in the northern zone which encompasses parliamentary seats like Pagoh and Muar that were strongholds of Tan Sri Muhyiddin Yassin.
The coalition won only 2 of the 16 seats contested and Mohamad said the target is to win 12 seats this time.
"The mood is good. Even when I go to the stalls for my meals, people approach me to share their views and voice support," he said.
One of Mohamad’s campaign rules in Melaka was for everyone to watch what they said.
In Johor recently, he cautioned an Umno figure who went overboard in his speech, telling him to look at his audience before opening his mouth. 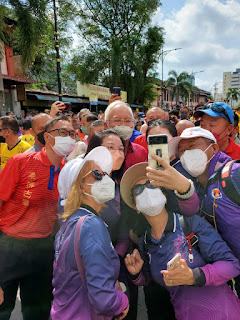 Pagoh MCA secretary Chew Swee King said many Chinese voters are waiting to know about the candidates.
"A fresh face will indicate a new start. That is what people want,” said Chew, who is the managing director of a mushroom farm.
Chew said the mood is different from the last general election when only about 30% of the 4,000 or so MCA members in Pagoh voted for Barisan.
"It was so tough for us then. One of my managers whose entire family voted for Pakatan told me recently that he is fed-up with politics and his concern is the economy. 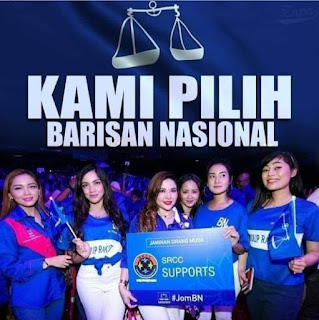 "There will also be two additional votes from my house this time. My sons will be voting for the first time," said Chew with a laugh.
Barisan will unveil its candidates a few days before Nomination Day. The list is said to be almost ready and the chatter is that there could be up to 80% new faces.
"The thing about Johor is that there is no shortage of qualified candidates and people with good credentials to choose from.
"I think there will be a good balance of professionals and grassroots leaders," said Barisan secretary-general Datuk Seri Dr Zambry Abdul Kadir.
But there are also bound to be ripples because the quest in Umno to be election candidates is never free of drama. It could be more intense than ever because everyone can smell victory ahead. 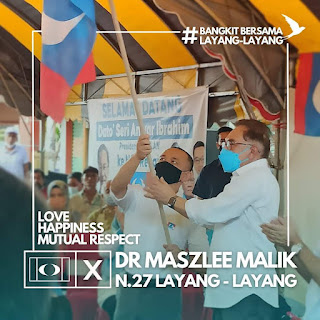 Some interesting fights are shaping up. Shortly after former education minister Datuk Maszlee Malik was named as PKR’s candidate for Layang-Layang, there were rumours that the incumbent, Barisan’s Datuk Onn Hafiz Gazi, would be moving to a parliament seat.
But Johor Umno sources said Onn Hafiz, who scraped through by 364 votes in 2018, is staying put.
Maszlee has a big personality and name recognition while Onn Hafiz hails from the grandson of a former prime minister and it will be a must-watch contest if that happens. 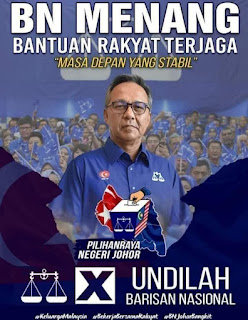 Umno in Johor is at its most cohesive since its fall in 2018 and Hasni’s political ascent actually began from there.
A Johor Baru-based journalist recalled then outgoing mentri besar Datuk Seri Khaled Nordin handing over the state Umno leadership to Hasni and, in a joking tone, congratulating Hasni as the "first Umno opposition leader in Johor".
Hasni has gone from state opposition leader to mentri besar and he is now leading Barisan in a battle of a lifetime.
"Hasni fits the bill. He is experienced, accepted by all races and he can work with the palace. He has covered every corner," said Umno supreme council member Datuk Seri Alwi Che Ahmad.
at 2/20/2022 08:23:00 PM