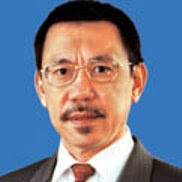 In February 2008, Bigdogdotcom broke the story of Dato Seri Anuar Zaini, a powerfuk insider and crony of Tun Abdullah Ahmad Badawi had secured a 27 acre premier land in University Malaya to be developed by a developer in exchange for a 5 acre land and a building.

As Chairman of UM Holding, Anuar had pushed for the development of the land since 2007. When the final deal was secured with a JV Company, Mint PPC Glomac Whitestone. It was said to have the approval of Tun Lah. This is despite strong opposition from Dato Nordin Razak, Chairman of UM Alumni.

Words heard yesterday is that Prime Minister Dato Seri Najib Tun Abdul Razak will cancel the project. The story is set to come out on Malay Mail today.

This was the news when it was announced by Vice Chancellor, Datuk Rafiah Salim, below:

KUALA LUMPUR, Feb 19 (Bernama) -- Universiti Malaya (UM) said today it has submitted a proposal to the Ministry of Higher Education to develop under-utilised land of 27.5 acres (11 ha) out of 900 acres (360 ha) of its main campus land.

The successful completion of the development project is expected to provide UM with a minimum income of RM312 million or the land value of RM200 million plus a share of the developer's profit, whichever is higher, UM said.

It said in a statement that the Vice Chancellor, Datuk Rafiah Salim, on behalf of the university's Board of Directors (UMBD) and the university, sought the approval of the Minister on Jan 25 for the development project.

The project, under a private-sector initiative, will be undertaken by a consortium by the name PPC-MINT-GLOMAC.

PPC-MINT-GLOMAC, a result of a merger of two companies, was recommended by Colliers International Property Consultants Sdn Bhd, which the university had appointed for an independent assessment.

The two companies were from the three shortlisted by Colliers International to make presentations to UM Holdings Sdn Bhd Board of Directors (UMHBD)on Sept 27, 2007.

Initially, eight developers were invited to submit proposals for the development but only five submitted proposals.

Colliers International was appointed by UM Holdings, a wholly owned subsidiary of UM that was incorporated in line with the government's plan for public universities to be financially independent.

UMBD has appointed Datuk Seri Panglima Mohd Annuar Zaini to the board of UM Holdings and to chair with the aim to fulfil the corporate aspirations of the university.

Among the roles of UM Holdings is to plan, identify, explore, conserve, develop and enhance the university's assets.

The university disclosed that UM Holdings had received many proposals for various types of development and projects. Several parcels of land were identified, and the 11 ha of land on Lot 10476 were chosen.

The university said the PPC-MINT-GLOMAC consortium, which made a presentation to UMBD on Oct 9, 2007, drew attention to the presence of the proposed University of Malaya Alumni Association (PAUM) clubhouse and the PALAPES (Reserve Officer Training Unit) camp on the land to be developed.

"This will affect the Master Plan of development of the consortium in relation to the land.

"UMBD acknowledged the concern of the consortium and recognised the need for UM to obtain optimum benefit to all in regard to the development of the land.

"With this in mind, UMBD recognised that both the PALAPES camp and PAUM's clubhouse need to be relocated to sites to be identified by UM," it said.

It also said that on Dec 13, 2007, UMBD said that subject to agreement by PAUM, the site for the building of PAUM's clubhouse and the PALAPES camp will be relocated to sites identified by UM.

"UM gives the assurance that this development will be transparent and all processes and procedures will be observed, and decisions made will be based on independent professional advice.

"Evaluations and recommendations are made by UM Holdings and UMBD but the final approval rests with the Government," it added.

Sembang Kopi had this to say, below:

Since when did our academics decide to go into business? If their depressing role in helping plunge our University standards are anything to go by, we would then have to expect that these same greenhorns in business will in all likelihood sell off the University’s assets and realise later that they have lost not only their assets but will then have to apply for a bail-out using tax payers money or file for bankruptcy.

When it was first rumoured in June 2007, Hong Leong was supposed to be the developer. Read news below:

As part of the plan, GuocoLand will then own the land in Petaling Jaya and develop it into a commercial and residential township. The proposal is based on a private finance initiative.

A company source said such a development is estimated to have a gross development value of RM10 billion.

If the bid is approved, the development in Petaling Jaya will complement GuocoLand's planned RM1.2 billion Damansara City development project.

The Damansara project is due to be launched this year.

Guocoland's share price rose by 30 sen or 10 per cent to close at a 10-year high of RM3.26 yesterday. The tock has gained 87.3 per cent over the last six trading days.

There is speculation in the market that Quek may take the company private. On being queried, however, the company told Bursa Malaysia last Friday that it was not aware of such a thing.

GuocoLand has a 4,860-hectare landbank in Sepang.

Part of the land is being used by GuocoLand to develop the Pantai Sepang Putra project, where it plans to build seafront villas and waterfront bungalows.

University Malaya, the country's oldest university, has its main campus that sprawls from the heart of Petaling Jaya right up to the footsteps of Bangsar.

The commercialisation idea invited criticism by no less than Royal Prof Ungku Aziz despite denial by Rafiah that UM is not moving. Dato Ruhanie questioned Tun Lah's claim of no knowledge of such plan to sell UM land and move to Sepang on June 18 2007. Rocky viewed that it was an attempt to create opportunity "to build on prime sites such as Lake Garden and Zoo Negara."

Words are that one of the sisters to the late Tun Hendon was a beneficiary if the deal with Guacoland had came through in 2007.

The Alumni had objected from the beginning.

The various members of the Board should resign for allowing such abuses be allowed to happen. Otherwise, Najib should sack them en-bloc!

That settles one episode. Najib has a lot legacy issues to resolve.

It is also not over for Annuar.

He still has a major mess at Bernama TV. Wee CHee Keong is on the prowl. Not so much for the loss of Bernama TV for it's first year of operation but the utilisation of Bernama facilities for free is a source of resentkent by Bernama staff.

He is the Chairman of NCER and whereever he is, there will be crap. What do you expect when a spin master and supremo kaki bodek rise to the top of a corporate organisation? Any NCER Watchers out there? Heard there is a lot.

This is an excellent piece of news. The reports about the attempted development of large tracts of Universiti Malaya's land was one of the worst pieces of news in recent years. It tended to confirm our worst fears, that nothing is sacred anymore, not even the most historic institution of higher learning in Malaysia.

I am looking forward to reading the confirmation that Najib is cancelling the proposed development. Leave UM alone! In my humble opinion UM is one of the great bequests that our country's early leaders have given to Malaysia. Any attempt to bastardise it can only destroy that legacy of churning our our nation's leaders.

Thanks for the heads up, bro.

Excellent Dato Najib. How about taking a peep at the file on the selling of Menara TM and the demerger of Telekom Malaysia?

If it's confirmed, my wholehearted congratulations to Najib.

He must stop these looters from robbing us of our heritage land and destroying the environment for lucre. Some things must remain truly sacred!

dpp
We are all of 1 race, the Human Race

Any news about imam besar islam hadhari of late? i still can't comprehend his suggestion that the govt should abolish ISA the moment he was kicked out from Sri Perdana ...apa hang buat masa jadi PM dulu ...hai Lah Bodohwi

This Anuar Zaini guy has been quiet a pain in the ass since he was put on the limelight while working as a speech writer for former deputy pm, Tun Musa Hitam. If anyone requires any negative referral on the man, please contact Datuk Shagul Hamid, the DG of BTN, his arch nemessis. Both cannot see eye to eye as both tried their level best to get Tun Lah's patronage.

During Dollah's reign of free-for-family members and pals, he had treated this country as his personal piggy bank. This country is still reveberating from what he had and not done. UM is just one episode of his greediness and grabbiness. IJN almost became another UM too.

I answer KJ Mouthpiece, Malaysian Insider's questions who is a traitor...

He is still around? DS Najib .. it is the time to clean up.