Friends fail to bail Matthias Chang out of jail 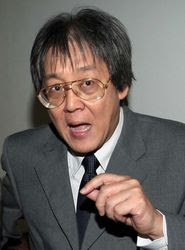 KUALA LUMPUR: A group of friends of Matthias Chang, the ex-political secretary to former premier Tun Dr Mahathir Mohamad, failed in their attempt to bail him out of jail this morning.

One of them, Salahuddin Hisham, told The Malay Mail that the court rejected their appeal for a discharge order.

“On Monday, after we paid the fine and given the receipt by the registrar, we went to Kajang Prison but were told we could not get him out as we did not have the discharge order,” Salahuddin said.

They appealed for the discharge order at the High Court yesterday but learned earlier today the order could not be issued due to the court’s ruling that a third party cannot pay for bail.

“We also learned that without the locus standi, the court could not issue the disharge order.” The judge, Noor Azian Shaari, ordered the money to be reimbursed to Salahuddin and the others.

The attempt was undertaken without Chang’s knowledge as his friends were concerned about his well-being following his hunger strike.

Meanwhile, Chang, now serving a one-month jail sentence for contempt of court, is insisting on returning to the Kajang prison.

This despite doctors advising him to remain in Serdang Hospital.

The 60-year-old lawyer went on a hunger strike in protest while serving a default jail sentence for failing to pay a RM20,000 fine.

The sentence was a result of Chang walking out after a spat with Noor Azian during cross-examination in his breach of contract and defamation suit against American Express (Malaysia) Sdn Bhd.

Rushed to Serdang Hospital at noon on Monday, just five days into his hunger strike, Chang was given intravenous (IV) drips to recover.

Since being taken off the IV drips, however, Chang has refused to accept any further medical aid.

The Malay Mail was informed yesterday evening by Chang’s lawyer, Manjit Singh, that he will continue with his hunger strike and wants to be returned to the Kajang prison.

Manjit said Chang preferred to be in prison as he could meditate better in his cell.

“Chang’s condition is getting better even though he has refused to consume anything.

He’s recovering well and insists on continuing his hunger strike.” While Manjit has not met Chang since he was warded on Monday, he was optimistic Chang would be discharged from the hospital soon, either later today or tomorrow.

“I was told that he will be discharged soon but the date has not been confirmed. I may visit him, most probably during the weekend, if he is still warded. For now, I have not had the chance to meet him.”