Habit of getting into unnecessary inconveniences 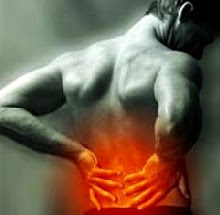 His more important message yesterday was his concern for national security. He claimed someone within the police were leaking information to Anwar.

He believed that Anwar should be more judicious as to not make a political issue out security matter. The police should be allowed to carryout their work because it is beyond the capacity of any of us to investigate such area and more so to speculate outcome of finding.

Johari gave attending reporters and bloggers copy of the police report he made on July 14th 2008. Upon reading the report, this blogger could then recall that Raja Petra did wrote an article back then containing similar information.

In the light of the current APCO, and the rekindled Asiasoft controversy, the point this blogger wish to raise is why was the Government so lax in checking the background of companies and consultants doing work for Government.

The leadership seemed to have a habit of unnecessarily giving bullets for the opposition to create negative perception of Government.

True, it is not difficult to see and the public could be convinced that Anwar is merely using these issues to deflect his established links with American and American Jewish power players.

Anwar and PKR's links with NED, IRI, CFR, and to the extent of CIO funded Muslim organisations are clearly established.

Yes, one can lay blame on the controversial Asiasoft and other so-called Israeli contracts in Johari's report to the then slumbering Prime Minister, Pak Lah.

During the time Johari made the police report on July 14th 2008, Pak Lah held the post of Minister of Home Affairs until the new cabinet after March 2008 and was the Minister of Finance. It was his hand that made the recommendation for these companies and he at MoF approves the contracts and suppliers.

Accepted that the APCO's links with Israeli is indirect and could be responded. 1Malaysia can be proven as the idea of Pekan boy, Najib and not a copycat of Ehud Barak 1Israel.

But the fact remain that these are unnecessary inconveniences the Government could have avoided. Furthermore, it indicates our Government is too lax on security and foreign policy.

How inconsistent can the Government be when we support Palestinian cause and oppose Israel but are so complacent to employ firms with Israeli links to be our suppliers? And, a firm with indirect links to Israeli security is given a major public relation job?

If there is any blame, it has to start from the head where fish usually begin to rot.

Did our leaders chose to ignore security background report on these firms? Was our leaders actually provided with such reports from our security personnel?

From the head we go to the other part of the body.

That only serves to reinforce a rumour that Khairy had wanted APCO for Pak Lah but there was not much time to do so and had Omar Ong recommend to Najib to serve a purpose we now see.

It will not help Khairy to deny since his exchanges in Parliament was, as one Parliamentarian described, visibly well scripted to highlight and raise public awareness for Anwar.

In the last few years, Ethos is widely said in the corporate circle as the firm that other consulting firms depend on to get recommended for big consulting jobs.

One can see that Ethos's choice of firms tend to be the same one. That invite one to suspect ada apa-apa belakang kira.

Such big role given to Omar Ong and Ethos has to be repeatedly questioned even if this may incur the wrath of the PM.

Ethos is not exactly cleared security wise. Not with an invisible partner as in Dato Zaki Zahid looming behind the scene. It is public knowledge that Zaki is one of the Tingkat Empat boys that ran amuck with power during slumbering Abdullah's era and created the chaotic state of Government presently. Khairy and the gang with Zaki included are strongly seen as conspiring to bring Najib down.

Why is the PM so lackadaisical about this?

The fact that the name Ethos name crop up in the APCO debacle created by Anwar with Khairy as a player should have sounded alarm bells. Someone should suspect that this could be only the beginning.

Questions should be asked as to what other firms have Ethos recommended that have sinister and suspicious background?

Did anyone bother to check the background of Ethos Consulting UK which is also involved in Military consulting?

Not only links with Jewish and Zionist have to be seen with sinister eyes, but those with links to Singapore.

The little red dot has always have an agenda on Malaysia. Why are we not wary?

Did we not see what could possibly happen by just seeing the short window of opportunity provided by Abdullah and its impact today to our social, economic and political landscape?

The NEAC membership in the majority are foreigners or foreign-based or from World Bank/IMF. Why are we so quiet?

All of us should ask and review judiciously the so-called New Economic Model they generated.

For one, it had to be modified before Najib delivered his recent speech. Could there be many more modifications required?

The Prime Minister and Ministers can't afford to ignore all these suspicion. But they seemed to brush it off as negativism and overzealous paranoia.

There is even an arrogant and inconsiderate senior Minister who brush off people and bluntly called bloggers i.e. peoples' voices as insignificant. And, that Minister loves the media attention, but kept fumbling his words and destroying his reputation with meaningless warnings. Does he understand that the nature of his job and that of Zahid Hamidi requires them to shut their fucking mouth?

The problem that arise when the Prime Minister and Ministers ignoring calls of caution from the ground is that when it becomes a mistake and fodder for opposition, it is not them answering and defending their mistake.

It is the Government machinery, mainstream media and in a limited extent, the online media volunteers had to diligently battle out the attack.

There seems to be a vacuum somewhere in PM's thought process in as far as the issue of what feedback he receives regards to his dumbass minister's stupidity. Sorry I have to use some strong words here. People like Zahid, Noh Omar, Nazri,Shaziman, Tsu Koon, Nor Yaakop and a few others have time and again shown their ineptness by either saying something that does not makes sense or doing something totally unbecoming of a Minister. If these guys have exemplary behaviour, have a good track record and have some humility in them I think they are most welcome to talk a lot and tell the people what they want to tell. But these guys are not! So should just shut up and do their work. I guess this is a typical UMNOputra, overweight, wearing XXXL linen with huge songkok wth rolex watches goin around waiting for opportunity to get contract.
What is the Najib doing about them???? They are the ones spoiling it for UMNO. They see that Najib is all talk no action wth regards to his ministers.
Do you know that the Ministers is running Minsters at their whim and fancies? They allow their Pegawai Khas, pol sec etc to threaten the civil servants to follow their orders. If the orders are for doing good it is more than welcome but it is more for their personal agenda. Not even UMNO agenda but their pockets agenda. MACC, please check all the Pegawai Khas financial situation. You'll find many of them live beyond their means! KSN, please look into this matter as many of your staff are being threatened daily by these Pegawai Khas!
Finally PM, if you do not do something about the above I am sorry to say but all your programmes will be a waste.

Spin, spin and more spin! when there's too much to do a cover up, admit it, then blame it entirely on Anwar!

Bloggers themselves are very arrogant to the extent many of the so called "leading" blogs censor other bloggers opinion, is filled with errors and just exists to whack KJ and Pak Lah.
People get turned off.

Truth is most pro UMNO blogs turns off the neutral

I agree with you. The Naive nature of the DS Najib Administration has somewhat given enough material for the opposition to question their capability of running the country.

If they continue to behave this way, things will start to unhinge and DS Najib may have a tough time justifying another term running the country.

Obviously he trusted his aides too much without much question.

What would happen to the Melayu Muslim in Malaysia in the near future ? I read somewhere that Melayu would cease to exist within next 50 years.

You dont have to call me arrogant just cause I called a Minister arrogant.

Thats like children playground fight where they return back a name calling by the exact names.

About censoring other bloggers. Only one I can recall is Wenger. ABITW is not the only blog that ban him for his stupid logic.

With this anon defending the useless Pak Lah and equally non functional KP Khairy, you are likely to be Wenger.

How about answering Shamsul Yunos question: What is KJ's contribution?

Well done again, Bro.
The most transparent explanation so far.

The Gomen must start being transparent and come clean (if only they know how or more pekung will surface)
To your question "Why is the PM so lackadaisical about this?"

I have only one answer to that... somebody is holding his BALLS.

My suggestion to the Gomen... engage RPK and Voice to be the Startegist and half of the nation problems will be solved!!!

The RISE OF THE CIVIL SERVICE.

We have the Loudly Announced KPI which is supposed to Screen Performances of Ministers and Civil Servants...

If the so called KPI Team and Director (The Tsu Koons) are Doing their Job we should not be having the problems facing us Now!

Or is the KPI another Empty Slogan!!

"Why is the PM so lackadaisical about this?"

I have agree with Panji ... "somebody is holding his BALLS.